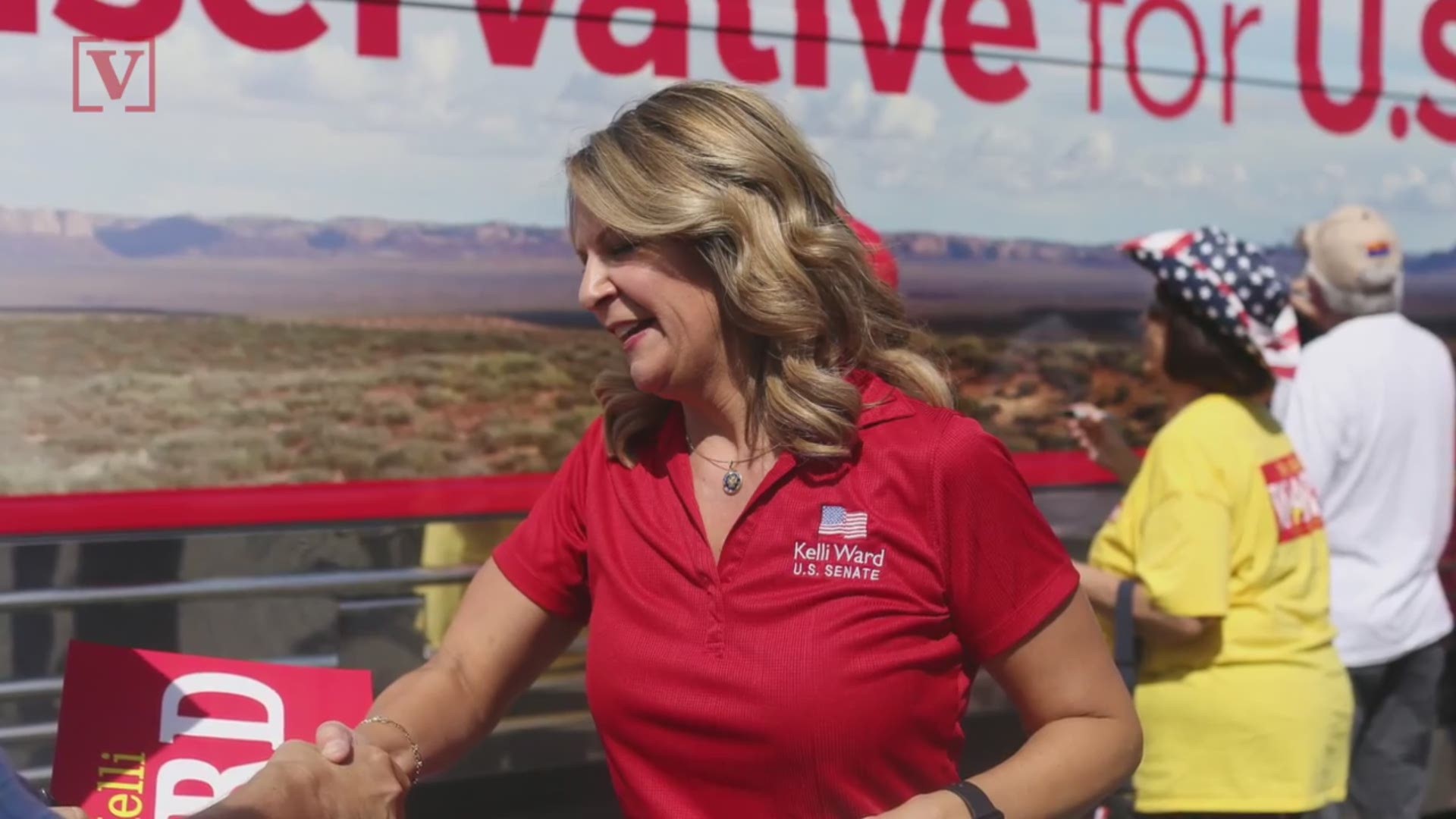 Ward, a conservative former state senator from Lake Havasu City, is in a three-way race for the Republican U.S. Senate nomination in Tuesday's Arizona primary.

Photos: John McCain through the years

Ward wrote on Facebook that "I think they wanted to have a particular narrative that they hope is negative to me."

Her comment was made under a Facebook post by one of her campaign staffers, who questioned if it was "just a coincidence" that the McCain family released the statement the same day that Ward was kicking off her campaign bus tour, "or if it was a plan to take media attention off her campaign?"

"I'm not saying it was on purpose but it's quite interesting," Jonathan Williams wrote.

Aaron Borders, the onetime second-vice chairman of a Maricopa County Republican Party group, took screenshots of Ward's remarks on Saturday and condemned her remark on social media, and in an interview with The Arizona Republic.

"It's wildly inappropriate," said Borders, who is supporting Ward's rival, U.S. Rep. Martha McSally, in the GOP race. "It's classless. It's not decent ... it's very narcissistic. It's a narcissist comment to sit there and think that the McCain family made this decision to interfere with your bus tour."

Ward's campaign spokesman, Zachery Henry, did not return a call from The Arizona Republic to discuss her comment. Ward's online comment appeared to be taken down a short time after she posted it.

In a follow-up comment on Facebook, Ward wrote that she prays for McCain "as a man who is suffering" and that "the media" is at fault:

"The media loves a narrative. I’ve said again and again to pray for Senator McCain & his family. These decisions are terrible to have to make. I feel compassion for him and his family as they go through this. It’s not the McCains creating a narrative - it’s the media making something out of nothing. The media, the left, and the Establishment have the agenda. They’ve been attacking me over fake stories for a year on this issue. I ran against Mr. McCain. I don’t agree with his voting record and rhetoric. I pray for him as a man who is suffering."

Ward is in a three-way race for the primary election, where she faces former Maricopa County Sheriff Joe Arpaio of Fountain Hills in addition to the front-running McSally, a two-term congresswoman from Tucson.

For years, Ward has raged at and about McCain, who handily defeated her in his own 2016 Senate GOP primary. She has lambasted him for his age, his policy positions, and his criticism of President Donald Trump's politics and policies.

In the days before her defeat in the 2016 primary election, Ward reaped a heap of national headlines — and condemnation — after broadsiding him for his age.

In an interview at the time on MSNBC's "MTP Daily," Ward said as a physician she knew "what happens to the body and the mind at the end of life" and that McCain has gotten "weak" and "old." In another interview with Politico, Ward raised the possibility of McCain dying in office should Arizona voters trust him with a sixth, six-year Senate term.

Ward's social-media post on Saturday came a day after Arpaio complained on social media Friday night that the senator's wife, Cindy, had blocked him from seeing her posts on Twitter. 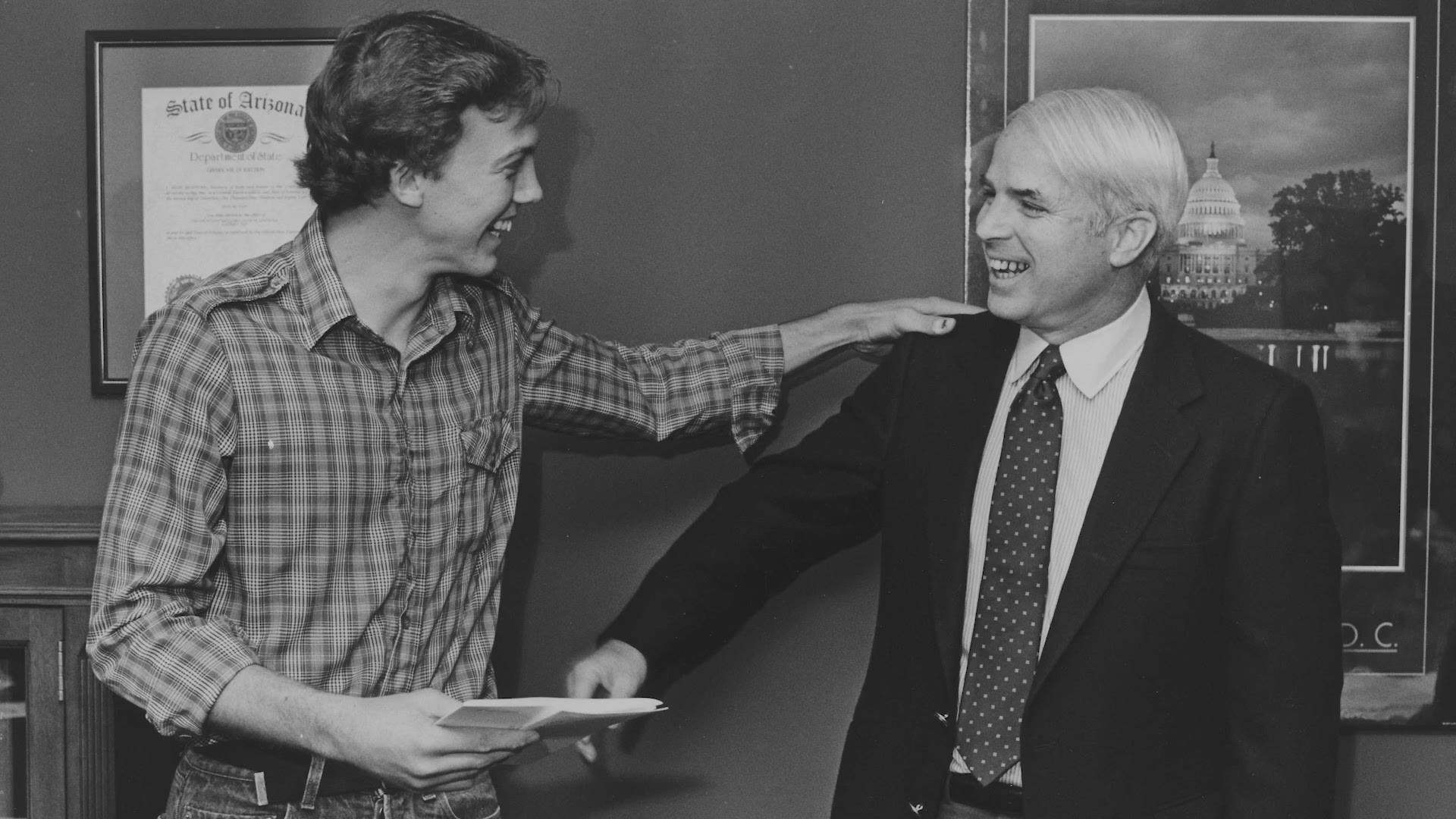