Less than a year after being honored, North Tonawanda's Kathleen Jackson has been stripped of her ability to provide foster care after being charged with beating a toddler placed in her care. 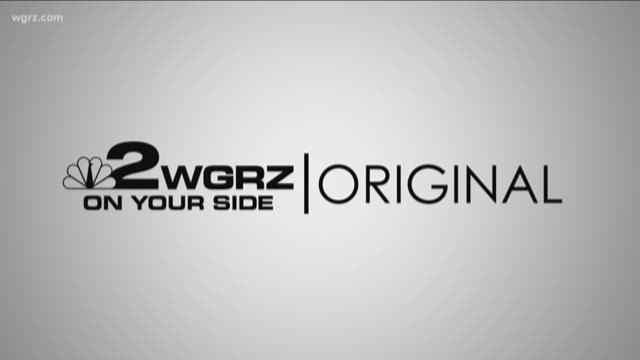 Kathleen Jackson, 50, recognized in 2018 for her long service as a foster parent, has been charged by North Tonawanda Police with assault in the second degree, a felony, and endangering the welfare of a child, a misdemeanor.

According to police, the arrest -- which occurred at police headquarters on December 19, 2018 -- was the result of their investigation into an incident alleged to have occurred on November 29 of that year at Jackson’s home at 201 Wheatfield Street.

According to law enforcement sources, Jackson’s alleged victim was a 2-year-old boy who -- along with his 5-year-old stepbrother and 1-year-old brother -- were placed into Jackson’s care in late August.

The three children were removed from custody of their mother, Katherina Adams, and her fiancé, Jameson Burgess, according to the couple who spoke with WGRZ-TV.

According to the couple, Child Protective Services workers from the Niagara County Department of Social Services, acting on a complaint, removed the children from their cramped, one-bedroom apartment in Niagara Falls after determining the squalid conditions found there were neither suitable nor safe for small children.

They claim the complaint was made by another couple, who had been living in a tent in the yard behind their 7th Street home, and whom they had invited to stay there but with whom they had a falling out.

Adams says due to her clinical depression, for which she is now being treated, and Burgess working two jobs, they were unable to keep up with the conditions in their home, which they also conceded had become roach infested.

“I did not disagree with the children being removed,” said Burgess, “but I disagreed with them continuing to keep them away."

Burgess also remarked that he was lead to believe that the placement of the children in foster care would be temporary, perhaps only a day or two in length, while they worked out an acceptable plan to address the conditions of their home.

In addition, Adams says that it was indicated to her by CPS that if the couple did not fight the removal of their children, it would better the chances of their eventual return after they cleaned up their home, which they insist they had done within a day or two of their children being taken from them.

“But when the CPS worker came, they never even set foot in the house, they never looked and just came with the paperwork for us to sign,” Burgess said.

If there was to be silver lining to the dark cloud of having their kids taken from them, it might have been in whose care they would be placed.

“We were not given a name or and address,” said Adams. “But the case worker told us it was to be with a woman that was awarded the number one foster home in May … that I had nothing to worry about and my kids were lucky to go there."

The children were placed with Kathleen Jackson and her husband, who in May 2018 had been the subject of a laudatory article in the Niagara Gazette, upon their recognition by the Niagara County Legislature as the county’s Foster Family of the Year.

Within weeks of the children being placed with the Jacksons, Adams and Burgess say the kids appeared to them during supervised visits to be sickly and possibly malnourished.

In addition, during one visit, the 5-year-old had a burn on his wrist, which appeared to have been neglected.

“We were told he had touched a hot stove … but the burn was green and had puss. We actually had to squeeze out the infection and have it treated during the visit,” Adams said.

She says a complaint to a CPS caseworker was largely ignored.

And then, during another supervised visit at the Niagara Falls office of the Niagara County Department of Social Services, they noticed their 2-year-old son bore what appeared to be telltale signs of abuse.

“He complained that his back hurt, and he had diaper cream from high up on his back all the way down to his ankles,” said Adams, who also noticed what appeared to be knuckle marks on the 2-year-old’s ribs.

Struggling to contain her emotions, Adams continued: “It looked very much like someone took a belt to my 2-year-old son and beat him with it.”

“If it were your child, how would you feel?” asked Burgess. “You would be irate to say the least.”

The couple was not allowed to go to the hospital with their children when they were checked out, but they were assured that CPS would immediately visit the Jackson home to investigate.

It appears that after that visit, the children were removed from the Jackson home and police began an investigation, leading to the subsequent charges against Kathleen Jackson.

Adams and Burgess still don’t have their children back.

The oldest now lives with his biological father and the younger two have been placed with another foster family, where the couple says they appear to be doing better.

“It’s hard to trust, but my kids seem to have experienced a turnaround,” said Adams.

At the same time, however, the 5-year-old appears to still be traumatized.

They recounted a recent incident where they were told by those looking after him now that he “freaked out” at the sight of a roll of duct tape, cowering in fear and screaming- “don’t put that on me, I can’t breathe if you put that around my mouth!”, leading them to suspect that he was subject to additional abuse while he was in foster care.

The system let us down

The couple’s dismay with social service officials is palpable.

“My kids didn’t deserve this,” said Adams. “They were supposed to protect my children after saying that I’m not safe for my own babies that I had, but then allowed this to happen to them.”

Niagara County Social Services Commissioner Anthony Restaino told 2 On Your Side that he is prohibited by law from commenting on the specific case at hand, but did confirm that Kathleen Jackson has been removed from the county’s roll of foster care providers.

In an attempt to get her side of things, we also went to Jackson's North Tonawanda home, and we were told by an adult male there that she was not home, would offer no comment, and that we were not welcome to return to speak with her at a later time.

Hoping for a reunion

Burgess and Adams are hopeful that they will someday be reunited with their children.

They insist have taken several steps to comply with the wishes of social services, but acknowledge they have work still to do, including the issues cited in their having lost them in the first place.

On Thursday, the front and side yards of the two-family home that contains their apartment remained littered with debris including mattresses, children’s toys, and trash. Inside, the couple appears to continue to struggle with maintaining the cleanliness of the four-room abode, which they soon hope to vacate for a larger apartment.

Working against them as well, is a continued lack of employment, as Burgess lost the two jobs he had previously due to a medical issue, and , according to him, was deemed by DSS to be unfit for work because he was found to have THC in his system.