Is Trump's border wall being built? Here are the facts

Is Trump's border wall being built? Here are the facts 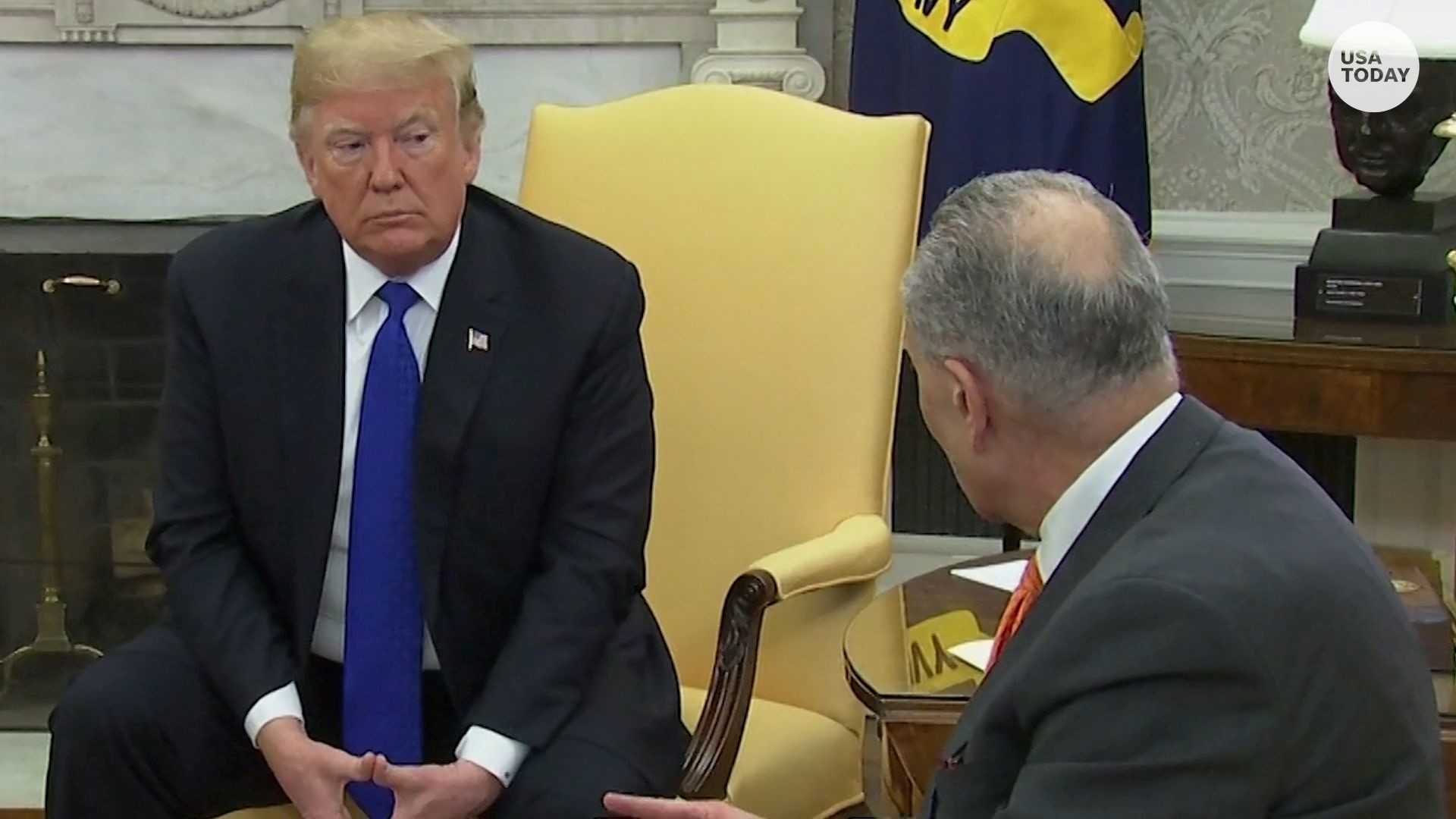 It's the border barrier President Donald Trump promised in his campaign. It's the symbol of the ideas that many who oppose Trump have vowed to block.

But with a partial government shutdown looming, one thing remains far from settled: Is the border wall really being built?

The answer is entirely a matter of interpretation.

Border barriers have been built under the Trump administration.

So far, those barriers are mostly replacements of other, existing fencing that was already in place — not new stretches of wall on any part of the border that was previously open.

And none of the new barriers use the designs that emerged from the construction of prototype "walls" in San Diego.

Funding for the barriers so far is limited to older designs, essentially the same fences as were built under previous administrations.

And all of these projects amount to a few miles of border barrier in total. A USA TODAY NETWORK project in 2017 examined the entire 2,000-mile border and showed most of it has no fence and no wall.

Helicopter footage of the full border shows most of it is open, and most of the barriers in Texas are built only in short spurts. At the same time, much of the unfenced border is remote, wild and distant from roads or construction supplies.

Apprehensions of border-crossers rose in the last year, but the numbers remain near the lowest levels in decades.

Is Trump's border wall the same as the border fence? 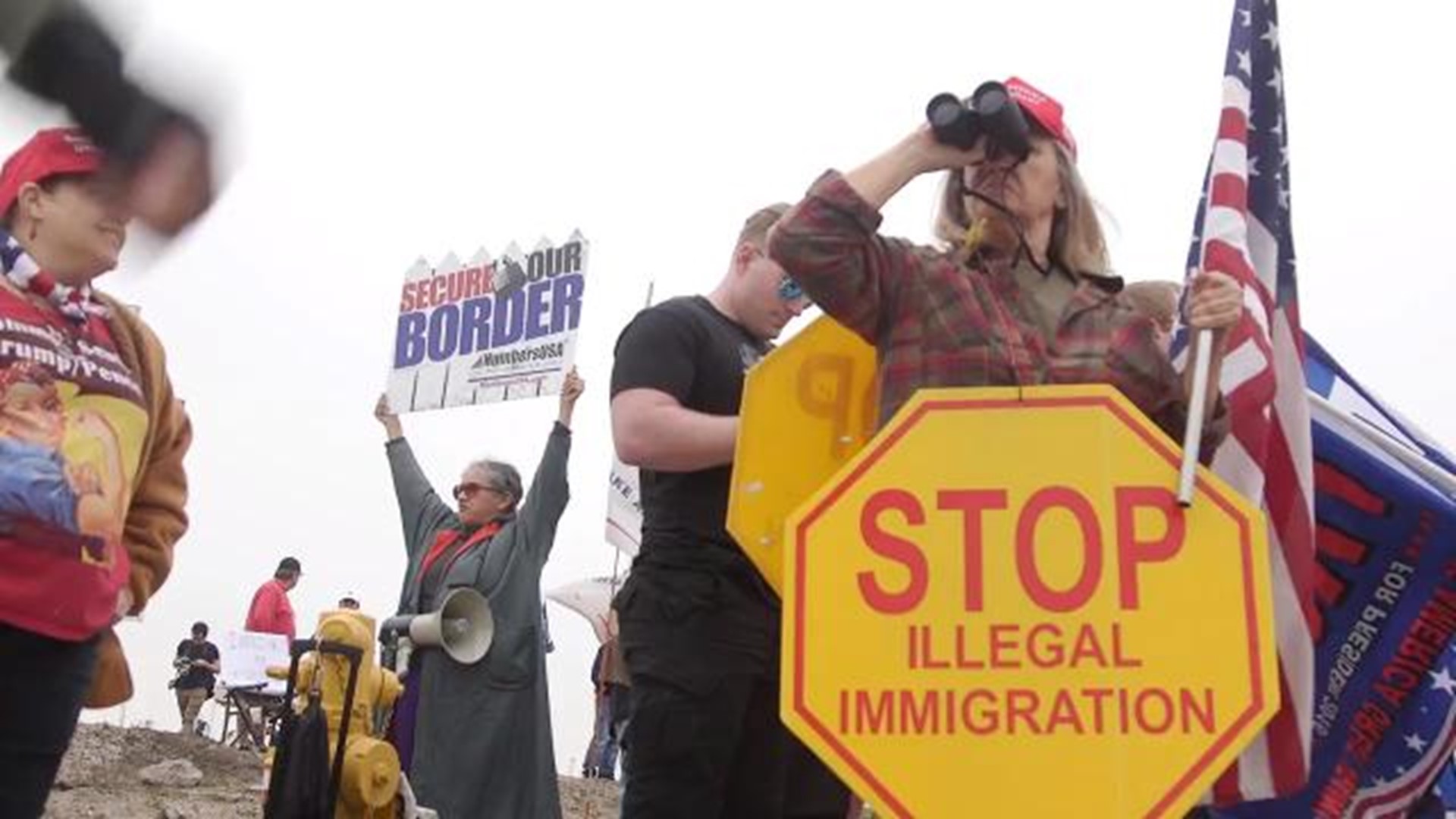 On the campaign trail, Trump often spoke of a "great wall," and usually invoked images of concrete. Even after he took office, he was clear that the border wall would be new and different from other fences, saying "We’re going to have a wall that works. We’re not going to have a wall like they have now, which is either nonexistent or a joke."

Since then, administration officials have made other statements. In April, Homeland Security Director Kirstjen Nielsen seemingly contradicted Trump's earlier statements about the wall, saying that new fences would be considered walls, even if those fences are being built to replace existing fences.

New border barriers are often described as "bollard walls," meaning the vertical steel bollards recognizable from much of the previous fence construction. And border officials have indeed announced these as new "walls." 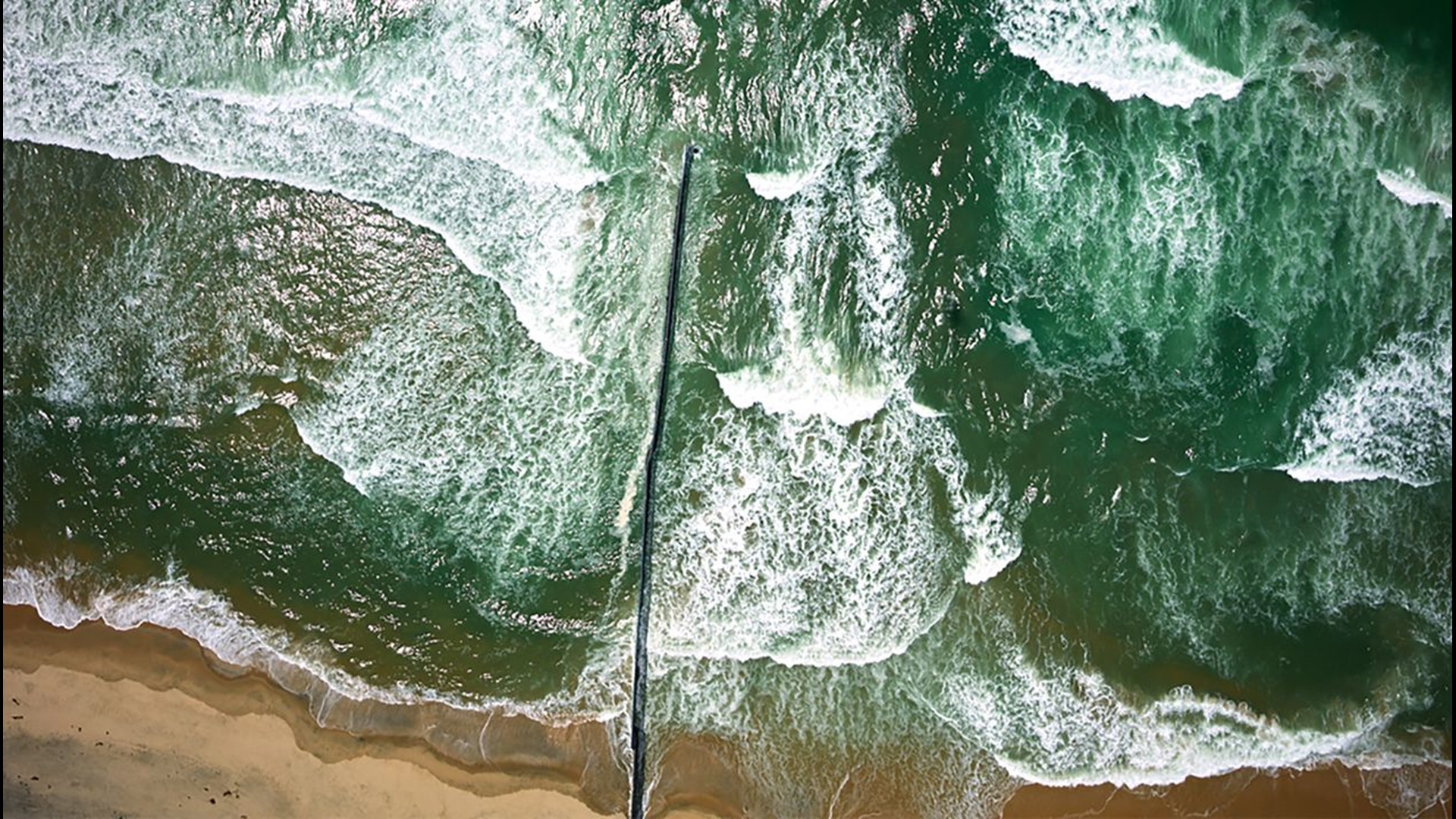 THE WALL: Documentaries explore reality of the border.

Where is Trump's border wall being built?

If you consider the barrier projects "border walls," here are some of the locations:

None of those barriers look like the wall prototypes built near San Diego, which Trump visited and praised earlier this year.

1 / 27
Nick Oza/The Republic
Secretary of Homeland Security Kirstjen M. Nielsen and Arizona Governor Doug Ducey takes a tour of the border while National Guard came to help out in San Luis, Arizona at the U.S. / Mexico border on April 18, 2018.

Is Mexico going to pay for the border wall?

Congress approved $1.6 billion this year for border security, which Trump has described as a “down payment” on his wall. That's U.S. tax dollars.

Not all of that $1.6 billion goes toward fences or walls.

The $1.6 billion is intended for general border security measures, which includes new technology along the border and repairs to existing barriers. Only $641 million was dedicated to building 33 miles of new barriers.

The bill that allocated that funding also contained a notable caveat: "The amounts ... shall only be available for operationally effective designs deployed as of the date of the Consolidated Appropriations Act, 2017 ...such as currently deployed steel bollard designs, that prioritize agent safety."

In other words: The funding can be used only for previous designs, not any new designs for Trump's border wall idea.

But the new designs might not be usable, anyway.

What's the status of the border wall prototypes?

Four were made of reinforced concrete, and another four incorporated additional construction materials. Construction began on Sept. 26 on a strip of federally controlled land near San Diego.

Trump later visited the site, and remarked that he preferred a wall design that allowed Border Patrol agents to see through the barrier.

U.S. Customs and Border Protection did field tests on the 30-foot-tall structures. In August, the U.S. Government Accountability Office published a report about the results of that testing.

The tests revealed many of the prototypes, as built, failed to meet the same design standards that Customs and Border Protection had set out in its calls for submissions. The evaluations found that all four concrete prototypes had “extensive” construction challenges.

The GAO report did not disclose the cost-effectiveness of the eight prototypes.

1 / 1
David Wallace/The Republic
Loree Masonis of Ontario, Calif., cheers during rally in support of President Trump a few miles form where President Trump will visit the border wall prototypes near the Otay Mesa Port of Entry in San Diego, Calif., later in the day on Tuesday, March 13, 2018.

So is Trump's border wall being built or not?

Details aside, the administration has been consistent in saying any border security construction will be considered part of a "wall" or "wall system" under Trump.

"To us, it's all new wall," Nielsen said at a White House briefing in April. "If there was a wall before that needs to be replaced, it's being replaced by a new wall. This is Trump's border wall."

On Tuesday, Trump told Democratic leaders in a remarkable on-camera clash he would be "proud" to shut down the federal government if he doesn’t get the $5 billion he is demanding for the wall.

“If we don’t get what we want ... we will shut down the government," Trump said during an extraordinary public exchange with House Minority Leader Nancy Pelosi, D-Calif., and Senate Minority Leader Chuck Schumer, D-N.Y.

Pelosi and Schumer gave as good as they got, telling Trump he lacks the votes for border wall funding – even in the current Republican-controlled House – and is being irresponsible in threatening to halt the government over a project that would be ineffective at best.

"This has spiraled downward," Pelosi said at one point.

In the meeting, which featured finger-pointing, arm-waving and raised voices, Trump, Pelosi, and Schumer argued their positions.

Trump said his wall would stop criminals and drug dealers from entering the country; the Democrats said it wouldn't, and that Trump's demand for $5 billion is obstructing an agreement that already includes border security and will keep the government open when the current funding bill expires at midnight on Dec. 21.