Mortgages, other loans get pricier as 10-year Treasury rate tops 3%

Getting a mortgage? Get ready to pay more 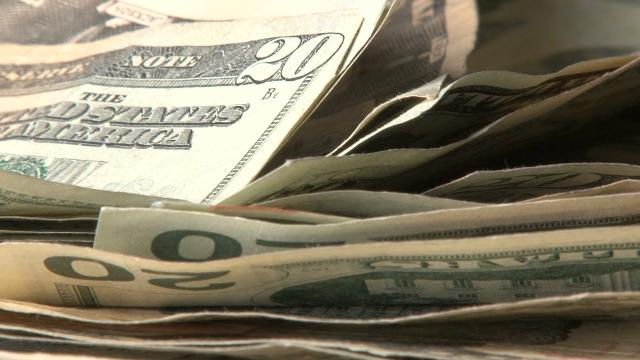 Little by little, the era of record-low borrowing costs is fading, which means Americans will pay more for home mortgages, loans and other forms of credit.

On Tuesday, the 10-year Treasury yield ticked above 3% for the first time since January 2014, according to Tradeweb. The closely watched benchmark affects borrowing costs for businesses and shoppers and is the latest sign that interest rates are moving up after remaining depressed for nearly a decade following the financial crisis.

The 10-year U.S. government bond's rise comes as the Federal Reserve, which hiked short-term rates last month for the sixth time since December 2015, continues to raise its key rate to get back to historically normal levels after cutting them to 0% in late 2008. The nation's central bank  is increasing rates in response to a stronger economy, higher inflation and an unemployment rate at its lowest level in 18 years.

The transition from lower to higher rates, even at a time when the economy is gaining strength, is something Main Street Americans need to pay attention to, as it can crimp people's cash flow and make their monthly bills larger.

Higher rates also have the potential to affect peoples’ investments. Stocks, for example, could fall despite a strong economy because investors fret that higher costs of borrowing for shoppers and businesses could trigger a slowdown in growth. The Dow Jones industrial average closed 425 points, or 1.7%, lower Tuesday, due in part to rising rate fears and a warning from heavy- equipment maker Caterpillar that suggested that its strong first quarter earnings and profit margins would likely not be repeated in future quarters.

Bond investments could also take a hit because the rates on new bonds are higher, making current bonds less desirable and ripe for selling. When yields rise, bond prices fall.

Credit: David Zalubowski, AP
In this March 28, 2018, file photo, a for sale sign is shown outside a single-family home on the market in Denver.

Here’s how a jump above the psychologically key 3% level on the 10-year U.S. government bond could affect your money:

Buying a home is often the biggest investment an American family makes. And as interest rates on mortgages rise, the less affordable a dream home becomes.

Still, the rate of 4.66% on a conforming 30-year-fixed mortgage, while 0.5% higher than it was in mid-December, according to the Mortgage Bankers Association, is still not near a level that would put a house out of reach. The average 30-year fixed-rate mortgage rate over the past 30 years is 6.56%, according to Bankrate.com.

“With mortgage rates still well below 5%, an increase may mean you buy a less expensive house, but it doesn’t price anyone out of the market unless they were pretty close to the edge to begin with,” McBride says. The extra monthly cost of every $100,000 borrowed to buy a home, he says, would be about $15 a month.

With buyer confidence high now, thanks to low unemployment, a solid economy and growth in household pay, home buyers will still be willing to close a deal no matter if mortgages are 4.5% or 5.5%, he says.

Still, the recent rise in rates has already caused refinancing activity to dry up as most people's existing mortgages are below current market rates, says Mike Fratantoni, chief economist at the Mortgage Bankers Association. He says more expensive mortgages are “a bit of headwind” for home buyers but adds the bigger obstacle is the lack of supply and strong demand, which is pushing prices up.

Rising rates “may still inject some caution into the home sales market later this year,” Rupley told clients, noting the price of a single-family home in March was $251,100, up nearly 6% from a year earlier.

Higher rates also pose a threat to stocks if they cause the economy and corporate profits to slow. Higher borrowing costs make it more expensive for companies to expand, which could crimp growth. What’s more, the higher interest rates go, the more attractive bonds become by comparison as investors can lock in a decent return with an investment that is less volatile than stocks.

If bonds seem more appealing, that shift in mind-set could “potentially siphon off money that otherwise would have made its way into stocks,” McBride says.

Still, it would likely take a yield of 3.5% on the 10-year Treasury for investors to start to shift money out of stocks into bonds, according to Bank of America Merrill Lynch.

Stocks would suffer the most if rates spiked to 3.5% faster than expected, says Joe Quinlan, chief market strategist at U.S. Trust.

“It depends on how fast we get there,” Quinlan says.

Bond investments could take a hit

Bond funds are perceived as low-risk investments and a good way to generate income. But as rates rise, the value of bonds falls, which could lead to losses for unsuspecting investors.

While U.S. bonds have little so-called "credit risk," as the bonds are backed by the full faith and credit of the U.S. government, they face interest rate risk.