Reunited or deported? Mother in ICE detention faces the inevitable 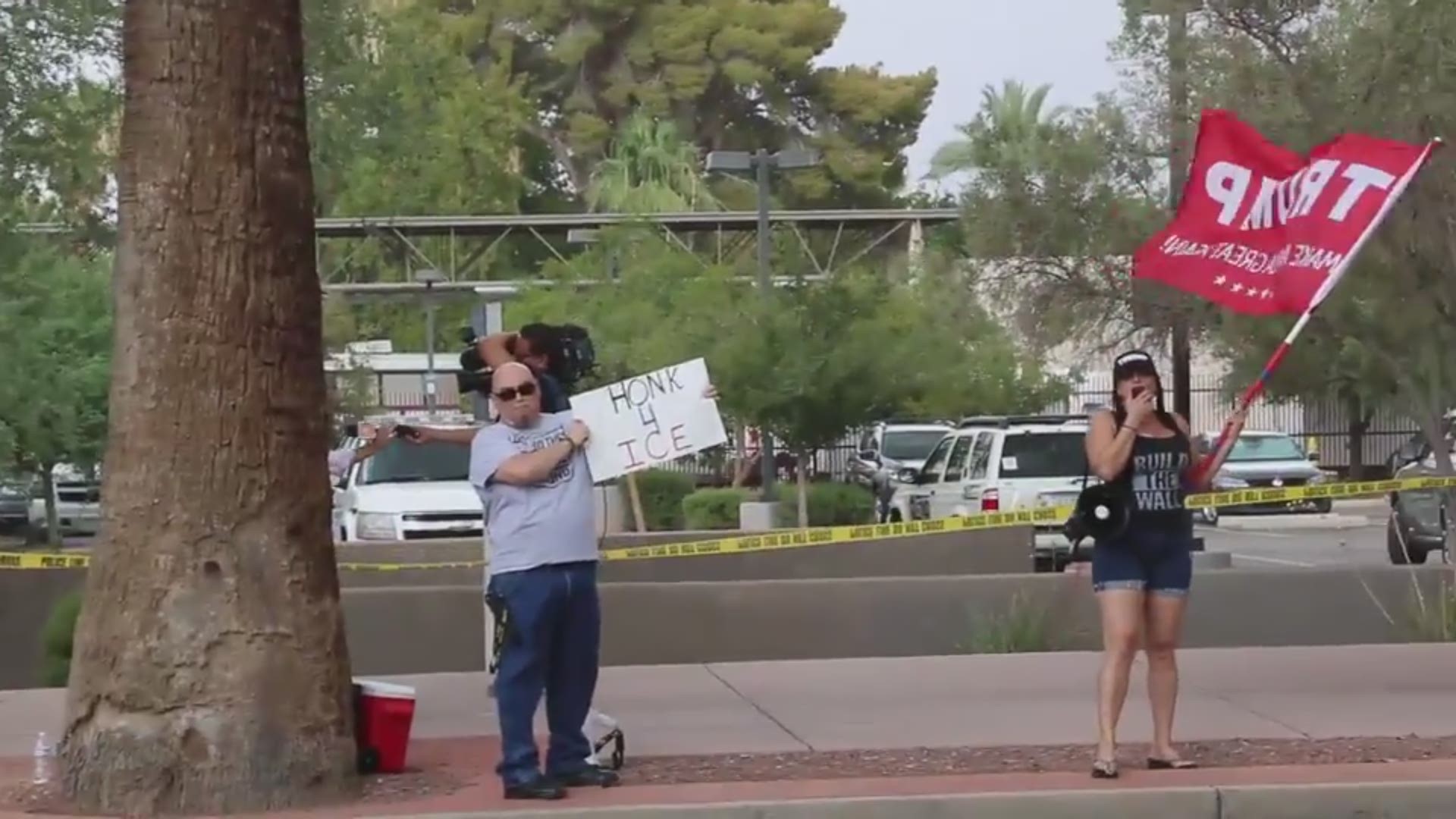 1 / 29
Patrick Breen/The Republic
Amalia Itzep-Lopez cries and hugs Kendra Harrison as Itzep-Lopez holds pictures of her children outside the CoreCivic Eloy Detention Center on July 6, 2018. In the background, Jessica Berg puts her arm around Juana Soch-tohom de Bulux who was also released by bond.

Credit: Tom Tingle/The Republic
After nine days in a Border Patrol holding cell, Lourdes Marianela De Leon was transferred to the Eloy Detention Center; Leo was sent to a shelter in New York.

Inside the waiting room of one of the largest immigration detention compounds in America, women in prison uniforms are singing hymns.

A guard ushers Maira Aracely Vail-Molina past the women singing into a smaller room, where detained immigrants can meet with visitors.

Maira carries scraps of papers she keeps in a sandwich baggie, tucked safely inside a pocket of her green prison uniform.

She carries a manila folder and a large brown envelope with other papers. They are the case she hopes will keep her in the United States with her 16-year-old son.

Her son is in a shelter somewhere in Phoenix, she says. She hasn't seen him in more than a month, since a few days after an agent found them crossing the border in the desert. They were locked up together, and then he was taken away.

By the time Maira arrived at the Eloy Detention Center, a privately-run immigration facility in southern Arizona, it had already started to fill with hundreds of mothers and fathers whose children were taken from them under the Trump administration's controversial zero-tolerance policy.

Federal authorities have not released an accounting of every parent separated, or where they have been detained. In interviews with The Arizona Republic, attorneys and migrants held inside Eloy have placed the number of separated mothers inside Eloy in recent weeks at about 300.

The few women who have left the facility on bond describe the sound of mothers sobbing. Several people have relayed accounts of officers threatening to deport women, joking that they will never see their children again or warning them their children will be put up for adoption.

Since Maira arrived — and since a federal judge ordered the government to reunite the children taken from their parents —  she says she has seen a rush of mothers deported.

She believes that's because officials in the past two weeks have made a push to deport more parents quickly.

The judge's order, in a lawsuit filed by the ACLU, set a July 26 deadline to reunite all children -- including teenage minors -- with parents in the custody of Immigration and Customs Enforcement. Maira believes officers are pushing people out before they can reclaim their children.

Maira says ICE officers have met with her four times, warning her she no longer has custody of her child, demanding she sign deportation orders. She says she refused.

"They said if we signed the deportation, they’d send us our children in three months," she says.

Maira thinks that too many mothers, scared they would never see their child again, signed.

ICE and Customs and Border Protection officials did not immediately respond to a request for comment about Maira's case or claims.

There has been some good inside detention too, Maira says. The women who speak little Spanish but who hold hands across the tables in the visitor's room, praying.

Her sister in Indiana is too far away.

She explains all this with her manila folder and envelope sitting just to her left, the papers ready for her to rustle through one more time. It is Wednesday. On Thursday, she will face an immigration judge.

Because she is unlikely to have an attorney or anyone with her, it's unclear what aspect of her case that judge will consider, or whether Maira will tell anyone why she left Guatemala.

Separated from her son

Maira says she raised her three children — 16-year-old Jefferson and a son and daughter now in their 20s —  on her own when her husband abandoned her. She’s a good cook, she said, and worked at restaurants, making a living to support her mother and her children.

Then the calls came, she says. She doesn’t know how they got her phone number.

"They said they would kill my children if I didn’t pay," she says. It's an extortion racket she said sometimes preys on people known to have an income.

The men who wanted a ransom told her she would die if she told anyone.

Maira threw her phones away and got new ones. But later, another call came, and her daughter answered.

"We have your mother and were going to kill her if you don’t pay," her daughter heard.

That’s when Maira knew she had to leave. Her older children moved out. Maira bought bus tickets to Mexico for herself and Jefferson.

She stopped first in southern Mexico, then in Mexico City. In both places, she says, sympathetic restaurant owners gave her work and a free place to stay until she could move on.

At the border, without money to pay a smuggler, she and Jefferson took a hotel owner's guidance on how to cross the desert on their own.

She packed her bags but forgot them. "I was so scared," she says.

She opened the map on her phone, and they walked toward Tucson.

They started in the morning and walked until past dark.

Then they saw lights — a Border Patrol agent.

"He was angry," she says, "and kept saying, 'Where are the others?' " He grabbed her and shook her, she said. Jefferson panicked, until another officer arrived and calmed the scene.

At a holding center near the border, agents put men, women and children in three separate rooms, she says. As with many other migrants, she described it as the "freezer."

"You could hear the children crying," she says.

Maira said on the second day they called her name. She waited in the lobby area. Jefferson was standing there.

She was told she was moving to another facility. She hugged him and pleaded with him to remember his aunt’s phone number.

The next day, though, Maira was returned to the freezer. She didn’t see Jefferson in the room. She started screaming.

"The worst day of my life was when my son was gone," she said. "It was death."

After nine days in the freezer, she says, she was taken to the Eloy Detention Center.

The compound, with a capacity of about 1,500 people, is run by government contractor CoreCivic, formerly the Corrections Corporation of America.

“I’ve never been in prison before,” she says.

By then she had learned her son was in a shelter. After days of trying, she was able to call a social worker who picked up the phone.

She heard Jefferson’s voice and wept.

He asked about his mother. She told him not to worry.

Since then, they have been able to talk about twice a week. They decided that if Maira is deported, Jefferson will stay in the U.S. with Maira’s sister in Indianapolis.

“He has so many dreams,” she says. “He wants to be an artist, a musician, an engineer or a doctor.”

Because he will stay in the United States, she told him, she would not agree to deportation. If they want me to leave, she told him, they will have to force me.

She said she was called to meet with the same ICE officer three times.

Finally, a visitor from the Guatemala consulate came. She told him about the ICE officer’s threats. He promised her the harassment would stop, she says, and that officials knew she wanted a court hearing.

But the next day, she says, an ICE official told her she had signed paperwork for her and her son to be deported.

She has had little hope of understanding what is happening to her.

Last week, Maira says, she was taken to a large space with a few dozen women.

People there told Maira and the mothers they were there to help the women fill out the family reunification forms.

Over and over again, Maira had been told she no longer had custody of her own child, she says — and now she was given a form for reunification.

Maira filled out the forms. The woman asked if her child would go with her or stay if she was deported.

More: How a judge can punish Trump administration over separated families

Maira started sobbing. Through tears, she said Jefferson would stay with her sister in Indianapolis.

Maira said the woman asked if she wanted to talk with Jefferson by video.

The screen clicked on and she saw her son for the first time in more than a month. She forced herself not to cry. Jefferson’s eyes filled with tears. 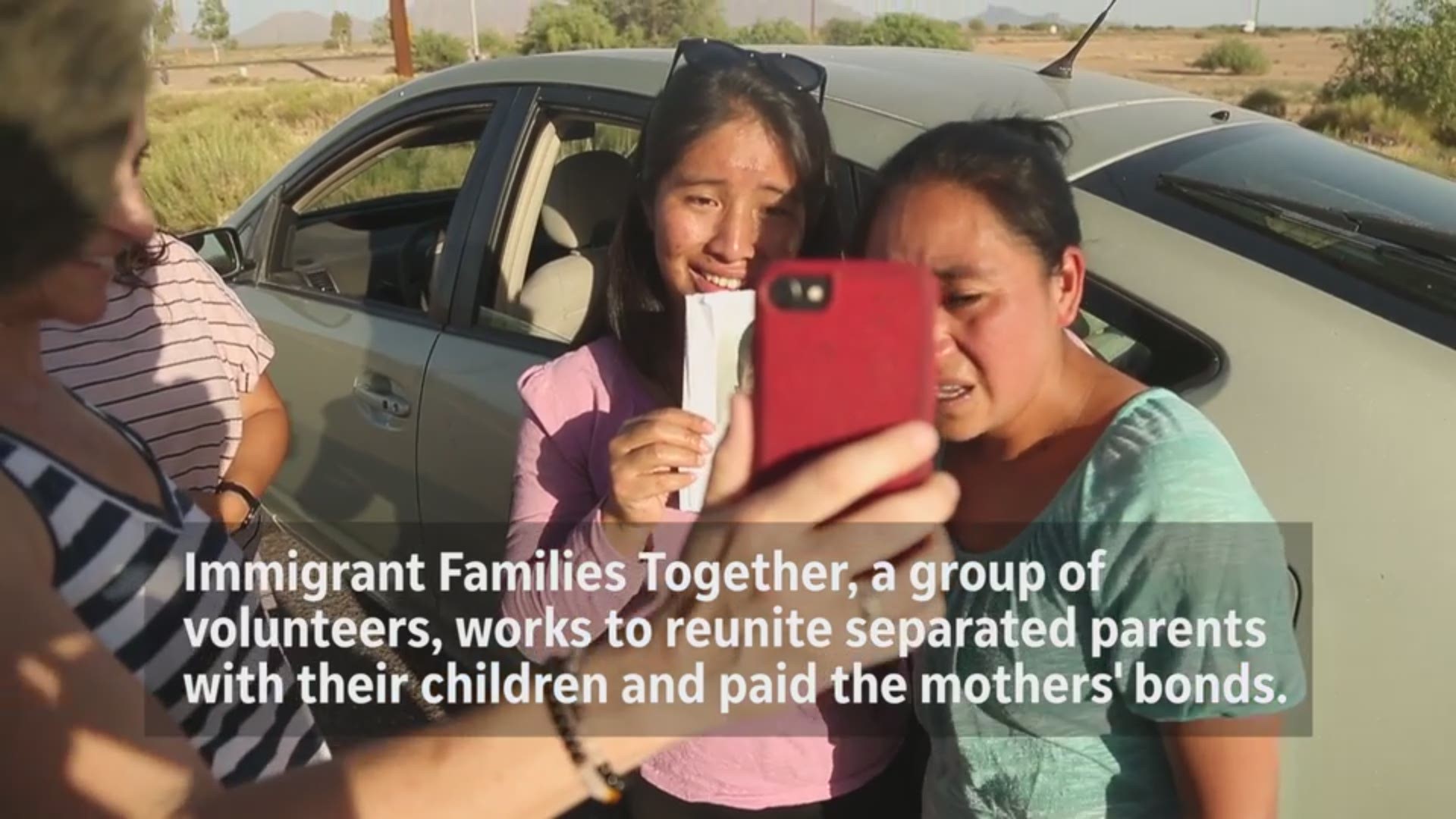 To face a judge

The important papers for her case, Maira keeps in her manila folder.

After the many encounters with agents pushing her to sign a deportation agreement, Maira says, she was handed a paper printed in English.

A few women understood a little English told her she had a hearing on July 12 at 10 a.m. with an immigration judge.

The document, reviewed by The Republic on Wednesday, said Maira had a right to an attorney, not at the expense of the government.

Maira says she doesn't have an attorney. "It’s tomorrow,” she says. “What can I do?”

Another paper is from a church in Indianapolis. Maira is a member of a branch of the church in Guatemala.

The letter was dated July 5. But Maira says she had just received it. It reads:

“We testify that she is a Christian person. She has struggled with her family by herself and has been the father and mother for her children. We are sure that she will not prove any problems, expense or burden in this country because she is a person who fights and fights to get ahead. We also commit to help her with all her legal procedures. Guatemala is going through a hard time and for her safety I ask that you allow her to stay in the U.S.”

Maira cannot read the letter. It's in English. Before Wednesday, she didn’t know that the church had volunteered to help with her legal process.

Maira has one more piece of paper. She keeps it with the scraps folded inside the plastic sandwich baggie. On it is written the name Jose Xavier Orochena.

Maira says another woman in the detention center told her they’d heard he was an attorney helping mothers, if she had $2,500.

Maira didn’t have any money, so she never called.

What Maira didn’t know is that Orochena is an attorney from New York that had been receiving donations raised by people across the U.S. wanting to help as many mothers as they can reunite with their children.

They’ve raised more than $50,000 to free three mothers from Eloy, paying their bond, arranging for volunteers to drive them across the country to where the government had shipped their children, and pitching in for future legal and personal expenses to help the mothers survive.

Maira didn’t know any of those things Wednesday.

Most likely, she will face an immigration hearing on Thursday alone. 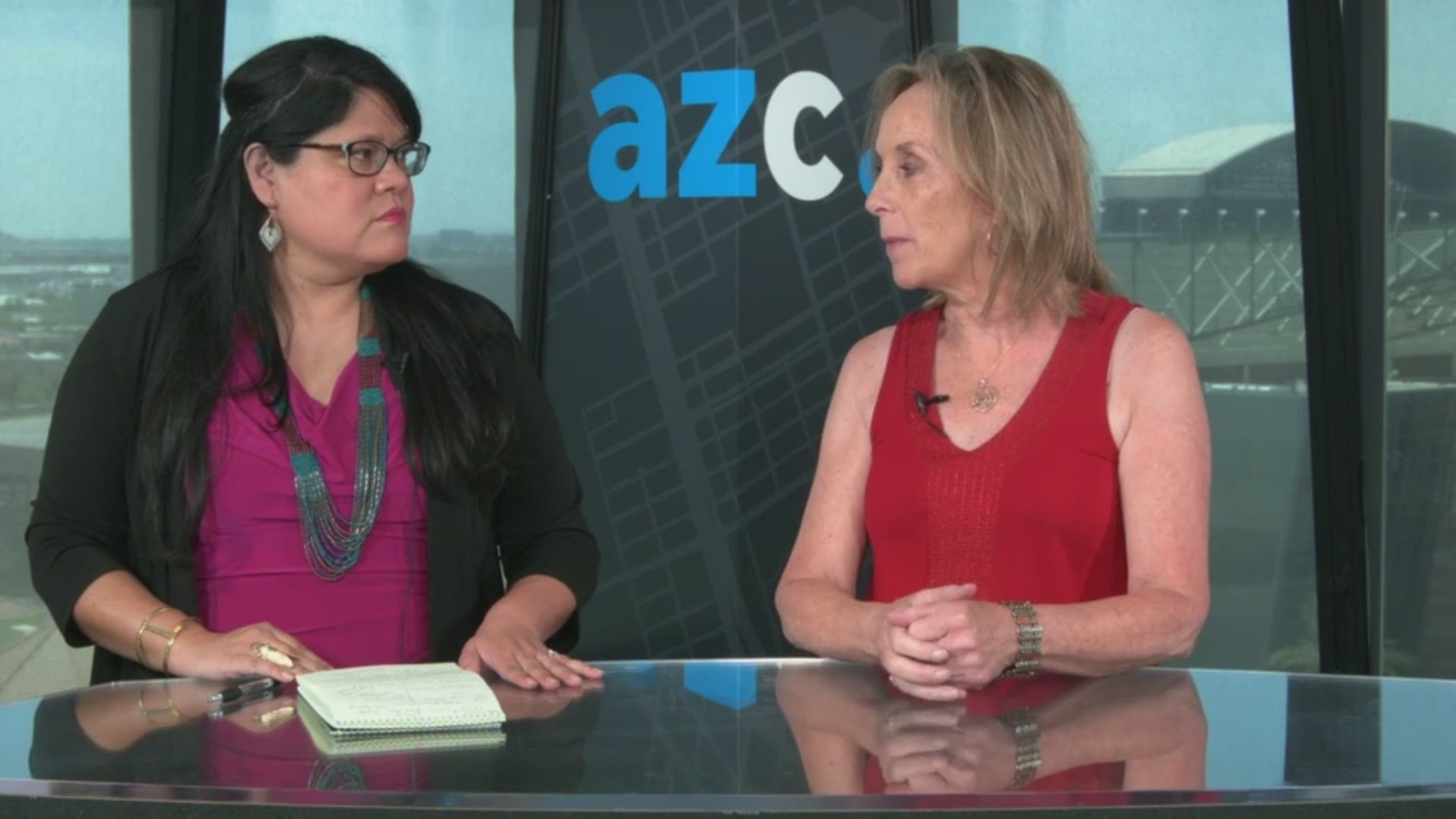