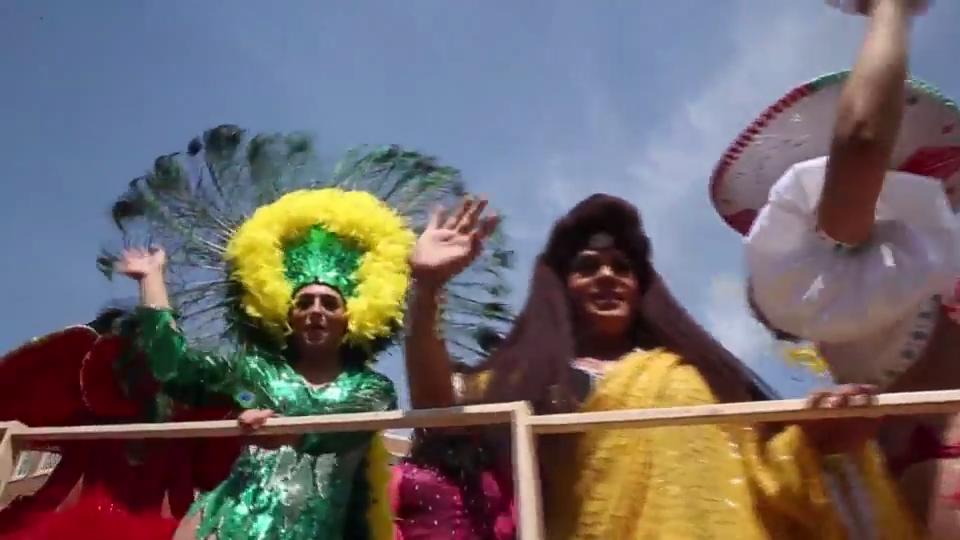 INDIANAPOLIS — An Indianapolis CrossFit facility that came under fire after canceling a special Indy Pride event is now out of business, and a top CrossFit official who supported the gym is out of a job.

A message posted on the door of CrossFit Infiltrate informs visitors that the business will no longer operate in that space. On Google, it is listed as permanently closed.

The announcement comes just days after the gym faced criticism when a special workout planned by coaches at CrossFit Infiltrate in support of Indy Pride was cancelled by gym owners.

The controversy blew up as thousands from the LGBT community are expected of join in 2018 Indy Pride Fest events this weekend.

"CrossFit Infiltrate has determined that it will no longer operate business at this location," the sign posted on the locked front door says. "We thank you for your patronage and support."

Dan Mendoza and his fiance Ryan Nix had only been members of the gym for about three months when they learned the gym was planning an event for Indy Pride week.

"The coaches and the manger organized the event," Mendoza said. "The gym wanted to show support, it was just a workout."

But last week, the gym's members got an email saying it was canceled. When Mendoza asked why, the coach, he said, told him that "the directors and owners of Infiltrate value health and wellness and they believe that this event does not" in an email, and directed him to Infiltrate owner Brandon Lowe.

"When I got that email, I was a little confused, but I didn't think anything of it," he said. "I thought maybe they thought that Pride had become something else, that people drink."

But Nix was upset and wanted to learn more, Mendoza said. So Mendoza reached out to Lowe for more elaboration.

"At the foundational detractor from health, as we believe God sets the parameters for, is pride," the email said. "We believe that true health forever can only be found within humility, not pride. Humility is seeing oneself as they truly are, and as God truly defines them to be. As a business we will choose to deploy our resources towards those efforts and causes that line up with our own values and beliefs."

"I was shocked because I was hoping that it wasn't that," he said. "I really couldn't believe it. I felt like it was discrimination. You're saying one thing, you're trying to be polite about it, but I think we can all read between the lines.

"After that email I didn't feel welcome there anymore."

Mendoza said the coach who said the event was canceled told him she tried to plead with Lowe to continue the event, but he wouldn't permit it. The coach has not responded to questions from IndyStar.

More: California bans travel to another state based on its 'discriminatory' LGBT adoption law

In a response to an IndyStar email, Lowe said the reaction to the event cancellation "grossly misrepresents what CrossFit Infiltrate stands for and what it believes."

"The majority of the reviews and statements being read about the gym largely point out that Infiltrate’s community has been incredible and welcoming and that the decision not to host an Indy Pride event is the reason we are called bigots or discriminative," Lowe said in the email. "However, let the history of the gym speak for itself and for the position we take in this divisive atmosphere.

"CrossFit Infiltrate welcomes, serves, and prioritizes training people to be fit and functional in body, mind, and spirit. It never has and never will be anything but welcoming to all human beings who live, move and breathe in God’s world."

More: Why is LGBT Pride Month in June?

IndyStar could not reach any of the coaches from CrossFit Infiltrate.

Word of the workout cancellation quickly spilled to Twitter where former CrossFit Inc. Chief Knowledge Officer Russell Berger voiced his support of gym ownership's decision to pull the plug on the event.

In a series of now-deleted tweets, Berger said he believes that celebrating pride is a sin, and he praised CrossFit Infiltrate owners for standing by their convictions and refusing to host the Indy Pride event.

Circle City IN Pride through the years

1 / 54
Jackie Molloy/IndyStar
A drag queen known as Trixie Mantel waves at parade-goers during the Circle City IN Parade in Downtown Indianapolis on June 11, 2016.

"The intolerence of the LGBTQ ideology toward any alternative views is mind-blowing," he wrote in one tweet.

In another, he wrote, "the tactics of some in the LGBTQ movement toward dissent is an existential threat to the freedom of expression."

The statements made today by Russell Berger do not reflect the views of CrossFit Inc. For this reason, his employment with CrossFit has been terminated.

CrossFit is a diverse community in every way, and that’s what makes us strong. No matter who you are, how you’re built, what you believe, or who or how you love—we are proud of you.

While Berger still has his old position in his Twitter bio, he too confirmed the change in employment. Berger had worked for CrossFit since 2009 in as writer, head trainer and company representative, according to his bio.

As an update, I've been officially terminated.