U.S. government lost 1,475 immigrant children: What you need to know to understand what happened 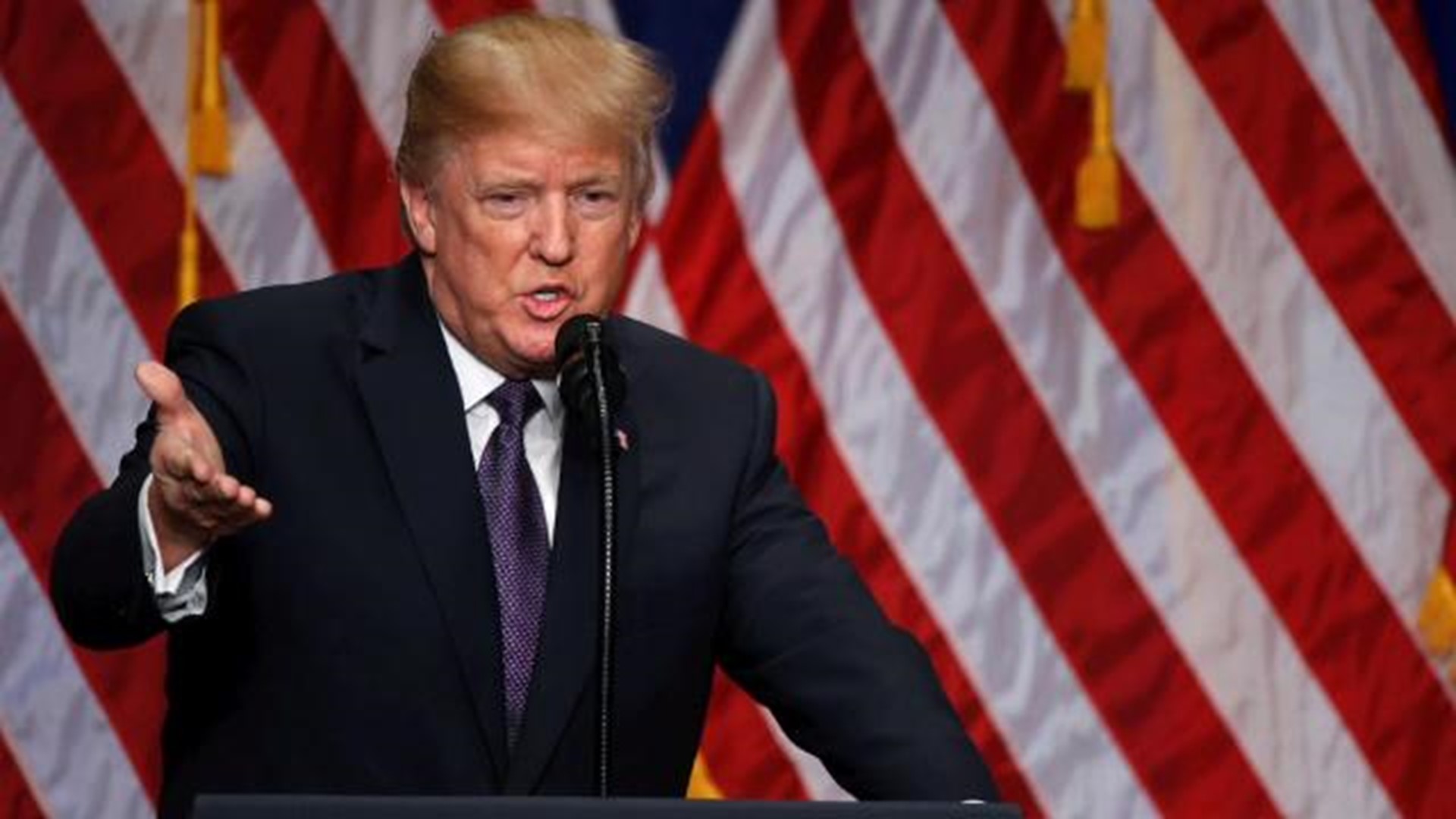 Credit: Omar Ornelas, The Desert Sun-USA TODAY NETWORK
Central American migrants line up to get food at their encampment at the entrance of the "El Chaparral' U.S. point of entry in Tijuana, Mexico on May 1, 2018.

PHOENIX — It's the scandal that lit up the internet: 1,475 undocumented immigrant children who arrived at the southwest border were placed into temporary homes by the U.S. government. Then, when the feds checked, the children couldn't be accounted for.

But what really happened, both with the children over recent years and in the buzz of a viral story over the last week, is less clear than the headline.

The number was first revealed in April during a Senate hearing. It was noted by an official from the Department of Health and Human Services, which was the agency in charge of handling unaccompanied children who showed up in the U.S.

But the issue has caught fire in May, in the wake of the Department of Justice's decision to begin prosecuting all parents caught entering the U.S illegally with their children. That decision was part of the Trump administration's efforts to deter a wave of undocumented families arriving at the southern border, mostly from Central America.

When parents are taken into custody for prosecution, their children will have to go somewhere. Where? They'll be put into housing by the Department of Health and Human Services — the same agency that was handling unaccompanied minors.

To many, that looked like a system that would separate children from their parents, then "lose" the children.

The decision to separate undocumented parents from their families would outrage human rights and immigrant advocates regardless. Add in the idea that the children could then disappear, the result is the #missingchildren campaign on social media.

Here are five things to know about the more complex reality of what's happening here.

Credit: Nick Oza/The Republic
Central American migrant children camped outside the entrance of the San Ysidro port of entry on April 30, 2018. Locals and other humanitarian organization bring the blanket, clothing, and food after being turned away Sunday by U.S. Customs and Border Protection officials on April 30, 2018.

These are among the waves of undocumented immigrant teenagers and children who have been arriving at the southern border by the thousands each year, unaccompanied by parents or legal guardians. The majority of them are from El Salvador, Honduras, and Guatemala, three Central American countries racked by cartel violence, gangs, poverty and political turmoil. They travel through Mexico, either with groups of other migrants, or with the help of smugglers.

What happens to unaccompanied minors after they reach the U.S.?

Once they reach the U.S. border, they either cross the border illegally and turn themselves over to Border Patrol agents, or they present themselves to U.S. Customs and Border Protection officers at legal ports of entry and ask for asylum.

Under the Trafficking Victims Protection Re-authorization Act, unaccompanied minors from Central America cannot be summarily deported — unlike those from Mexico. Instead, they are placed in immigration proceedings and turned over to the Office of Refugee Resettlement, part of the Department of Health and Human Services.

In fiscal year 2017, 40,810 unaccompanied minors were referred to the Office of Refugee Resettlement by the Department of Homeland Security.

In recent days, photos from temporary shelters the Department of Homeland Security opened in 2014 to accommodate a surge of unaccompanied minors went viral.

The temporary shelters have since been closed, however. At the time, the temporary shelters were used to hold unaccompanied minors apprehended in Texas and then transported to Arizona and other states after the Border Patrol became overwhelmed and did not have space to house them.

1 / 10
Ross D. Franklin/AP
Two female detainees sleep in a holding cell. Children are separated by age group and gender. CPB provided media tours Wednesday of two locations in Brownsville, Texas, and Nogales, that have been central to processing the more than 47,000 unaccompanied children who have entered the country illegally since Oct. 1.

What happened to the 1,475 unaccounted migrant children?

It's unclear. The Office of Refugee Resettlement does not hold the unaccompanied minor children indefinitely. Instead, the agency releases them to sponsors, usually their parents, or a close relative, like a brother or sister, or aunt or uncle.

It's up to the unaccompanied minor and their sponsor to make sure they show up for immigration hearings. And that's a really important point: more on this in a moment.

From October through December of 2017, ORR attempted to contact 7,635 unaccompanied minors and their sponsors as part of stepped up efforts by the agency to do a better job of tracking them.

Of the 7,635, ORR "was unable to determine with certainty the whereabouts of 1,475" of the unaccompanied minors, Steven Wagner, Acting Assistant Secretary for the Administration of Children and Families, part of ORR, told a Senate subcommittee in April.

Did the government 'lose' 1,475 migrant children?

Characterizing the 1,475 unaccompanied children as lost, missing, or misplaced is a "red herring," said Jennifer Podkul, director of policy for Kids in Need of Defense, a group that provides legal representation to unaccompanied minors seeking asylum or some other form of legal status in the U.S.

It possible many of the unaccompanied children and their sponsors may have moved, or the government simply was unable to track them down.

"Not to diminish the concerns, but we need to make sure we are portraying it accurately," she said. "That is the number of children that the agency has not followed up with."

She is concerned, however, that the 1,475 number shows the government still does not do a good job of tracking unaccompanied minors once they have been released from ORR custody and handed over to sponsors.

That puts them at risk of being exploited at the hands of labor traffickers, gangs, or other bad actors.

What's more, failing to closely monitor unaccompanied minors placed with sponsors reduces the likelihood that they will be able to navigate the complex immigration system, making it less likely that those who qualify for asylum or other forms of legal status will receive it, she said. 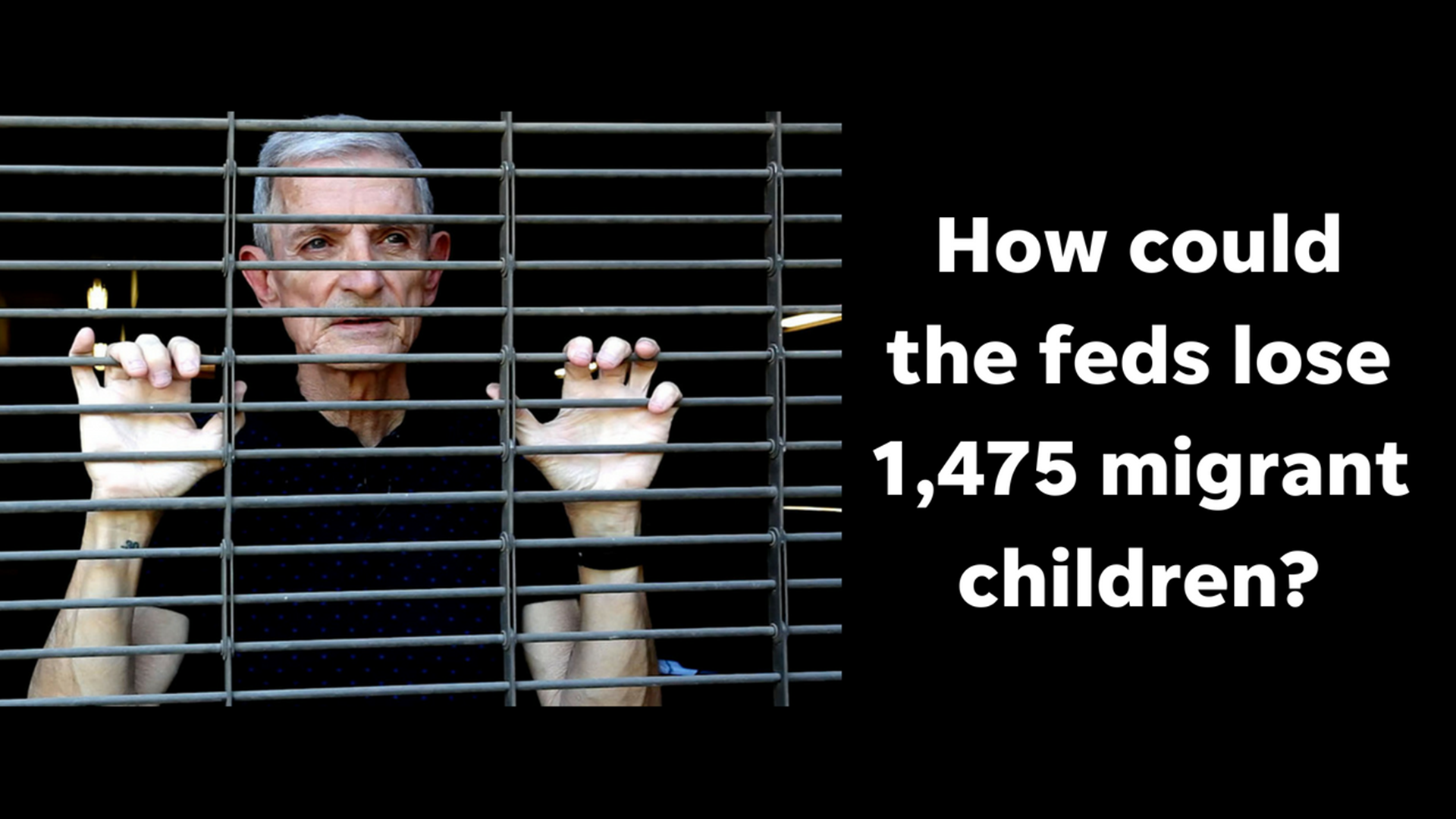 Are there other reasons why the government has lost track of these kids?

Yes, says Jessica Vaughan, director of policy studies at the Center for Immigration Studies, a research group that favors changes in the law that would make it easier to deport unaccompanied minors arriving from Central America.

She believes it's easy for unaccompanied children to fall through the cracks after they have been released to sponsors because they intentionally want to stay "off the radar" of the federal government because they are in the country illegally and "have no intention of complying with the due process of immigration court proceedings."

Consider: If a child ends up living with relatives in the U.S. who don't have legal immigration status, are those relatives more or less inclined to keep federal officials posted on their whereabouts?

MORE: ACLU: Misconduct claims by children are widespread at border

Vaughan said about 80 percent of the parents who are sponsors of unaccompanied minors are in the country illegally.

"I think that right there explains a lot of it," she said.

Some children may also be caught up in illegal activity, whether indentured labor, sex trafficking, or gangs, Vaughan said.

"It's not always criminal activity that is keeping them off the radar, it's just that they never really intended to pursue special immigrant juvenile status, or asylum. They are here to work or to rejoin a parent who is already here illegally," she said.

She also faults the government, however, for not doing a better job of tracking unaccompanied minors who have been released to sponsors.

"The problem is if the U.S. government is not making much of an effort to figure out what the situation is that creates an opportunity for these more isolated but horrific instances of abuses that happen that could have been prevented if the government were paying more attention," she said.

1 / 14
Hans-Maximo Musielik/Associated Press
A migrant family gets ready for the 3 hour bus trip to Tijuana, at the Alfa & Omega migrant Shelter in Mexicali, Mexico, Thursday, April 26, 2018. In the last 24 hours close to 200 migrants from Central America, mostly from Honduras, arrived in Tijuana seeking to enter the United States.