Mylan Pharmaceuticals has recalled three common blood pressure medications over concerns they could include small amounts of a cancer-causing impurity. 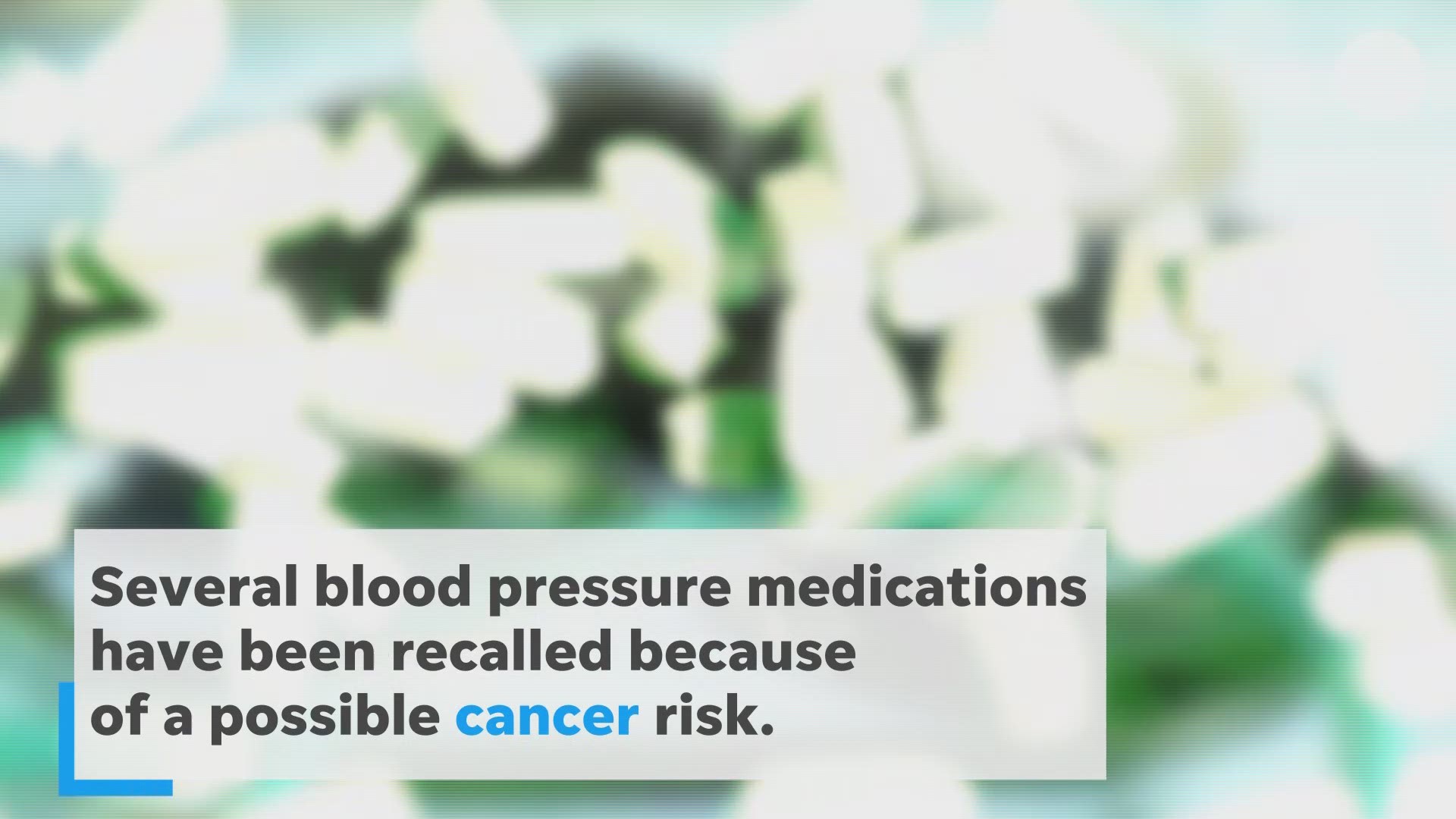 A generic drug company has recalled three commonly prescribed blood pressure medications over concerns they could include small amounts of a cancer-causing impurity.

The recalled drugs all include the blood-pressure medication valsartan, the subject of a series of recalls by several drug companies since July.

Amlodipine and hydrochlorothiazide in standalone form are not subject to the recall.

Alternative medications are available. Mylan said patients should consult their doctor or pharmacist before stopping their current medication.

Throughout the recalls, doctors have said that stopping a medication without a replacement drug could cause a patient more harm than continuing the drug.

People with questions about the recall can call 888-406-9305. They may view a list of Mylan's recalled drugs here.

The Food and Drug Administration is investigating the cause of the contaminated drugs, originally traced to a large factory in China and later a second factory in India. Both used a similar manufacturing process to make and and supply valsartan to generic drug companies worldwide.

Testing showed the factories made valsartan that contained N-nitrosodimethylamine, or NDMA, a possible human carcinogen.

Several pharmaceutical companies have announced recalls of versions of valsartan, irbesartan and losartan.

Consumers can view a complete list of FDA updates on the recalls here.

FDA officials said the factories that supplied the contaminated drugs have been placed on import alert, which means drugs are no longer being shipped to the United States from these manufacturers.

Factories that make drugs abroad are subject to inspection by the FDA. They are required to inform regulators about changes in how they make the drug ingredients.

"We still don’t understand the complete root cause of this problem," Janet Woodcock, director of the FDA's Center for Drug Evaluation and Research, told USA TODAY this week. "We understand part of it. We don’t understand all of the steps that led to this."

Woodcock said all "sartan" medications are being tested to ensure they don't contain impurities. She said no contaminants have been found in Novartis' Diovan, the brand drug version of valsartan.

Drug companies are aware of the problem and required to do extensive testing, Woodcock said.

"I would think these recalls would start dropping off now," she said. "We’ve had this import alert in place for quite a long time, and the companies buying from these sources were told to check and recall."

She said the FDA will make public results of its root-cause investigation. The agency will also review its oversight.

"We don’t want incidents like this to happen," she said. "So we’re going to have to look at how we managed oversight of change control of manufacturing processes."