The actresses and best friends will give behind-the -scenes-stories and answer fan questions as they re-watch show on their new podcast, 'Office Ladies' 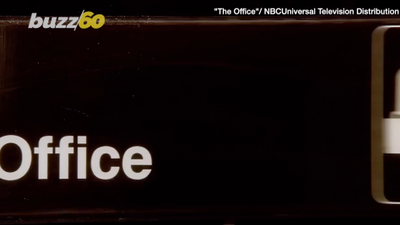 If you’re thinking about rewatching “The Office” for the 100th time, you’re in luck. Now, you can rewatch the series with Pam and Angela. Jenna Fischer, who played Pam Beesly on the iconic NBC sitcom, and Angela Kinsey, who played Angela Noelle Schrute, will be launching a new podcast where they break down an different episode of “The Office” every week.

The podcast will be called “Office Ladies” and will debut on Oct. 16 on Stitcher’s comedy network, Earwolf. The network boasts several popular podcasts “Getting Curious with Jonathan Van Ness” hosted by the “Queer Eye” star, “Comedy Bang! Bang!” and “Conan O’Brien needs a Friend”

Kinsey and Fischer met on the show and became best friends in real life. As the actresses re-watch the show, they’ll answer fan questions and provide a behind the scenes look at each episode.

RELATED: It's official: 'The Office' will leave Netflix in 2021

"I'm excited to be working with my best friend Angela Kinsey. So many memories are flooding in as we go back and watch the episodes – many of which I haven't seen since they aired," Fischer said in a statement. "As we close in on the 15th anniversary of the show, it seemed like a great time to share our stories and behind-the-scenes trivia with fans. Besides talking about 'The Office,' you can also hear us chat a little about our lives, our Target runs together, our friendship through the years. It's a lot of fun."

'The Office' was such an amazing chapter of our lives and it means so much to us that we get to share some of our memories of filming it with our audiences," said Kinsey.

“The Office” ran on NBC from 2005 to 2013. The American adaptation of the British sitcom depicts the everyday lives of office employees in Scranton, PA at the fictional Dunder Mifflin Paper Company. The show received widespread acclaim during its time, winning two Screen Actors Guild Awards and four Emmy Awards.

The show is currently available on Netflix, but the streaming service’s contract for the show ends beginning 2021. Netflix announced in June that the show would be leaving its service Jan. 2021, following NBC’s planned release of its ad-supported streaming service set to launch in 2020.