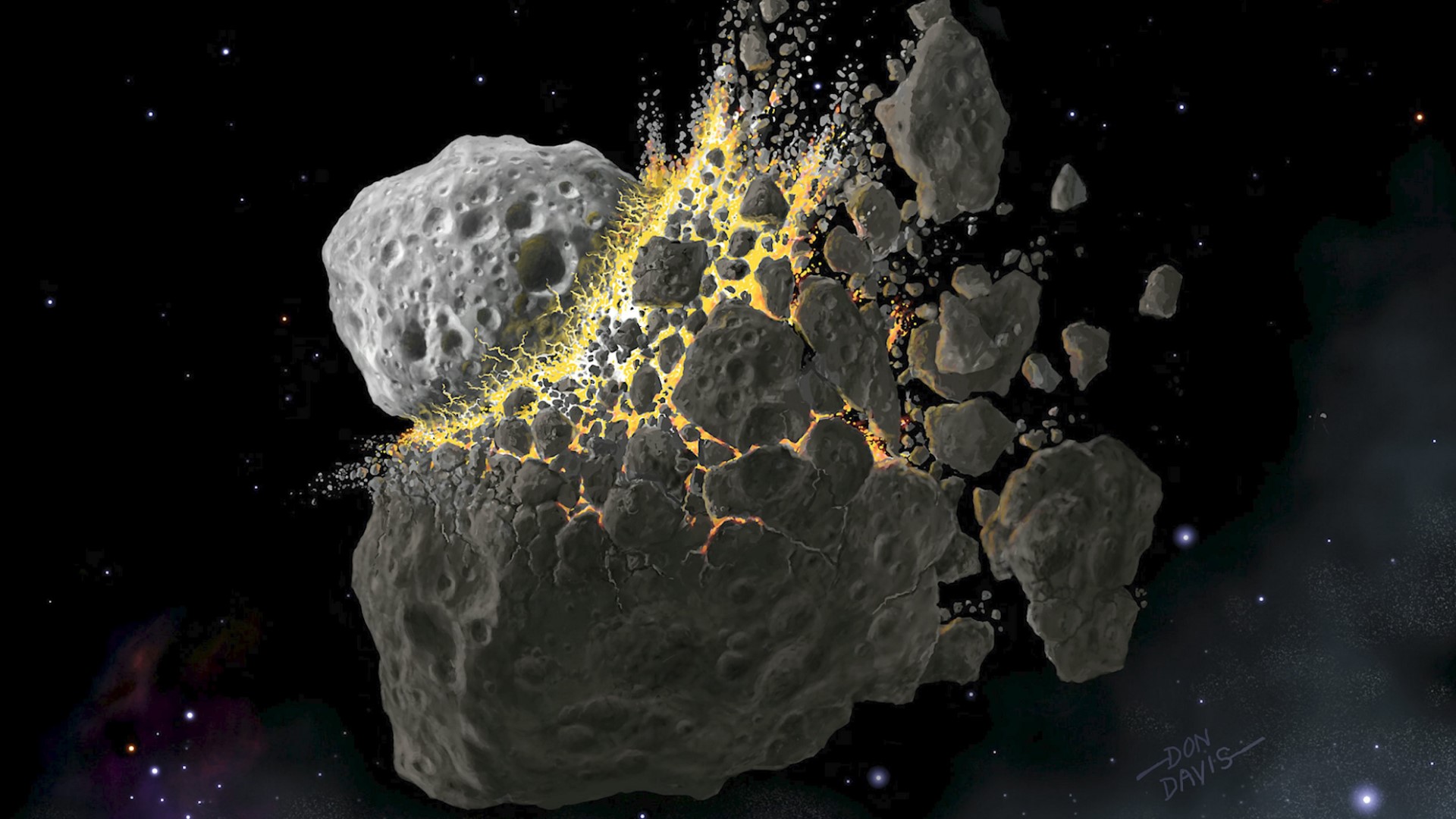 WASHINGTON — A group of Swedish researchers believe that a cataclysmic asteroid collision from hundreds of millions of years ago could have the answers to solving climate change.

The international study examines the aftermath after a huge asteroid was crushed between Jupiter and Mars sending large amounts of dust through the solar system. The dust had a "blocking effect" on sunlight reaching Earth, causing an ice age and creating climate zones on Earth. Before this, the Earth is said to have had a more homogeneous environment.

RELATED: 2 asteroids to pass near Earth Friday and Saturday

Researchers have been discussing different artificial methods of recreating post-collision asteroid dust, such as placing asteroids in orbits around Earth like satellites and having them "liberate fine dust" to block warming sunlight, thus hypothetically cooling our warming planet.

“Our results show for the first time that such dust at times has cooled Earth dramatically," said Birger Schmitz, professor of geology at Lund University and the leader of the study. "Our studies can give a more detailed, empirical based understanding of how this works, and this in turn can be used to evaluate if model simulations are realistic."

The research is still a ways out from practical use, however. Scientists are understandably wary about recreating a prehistoric dust storm. Speaking to Science Magazine, Seth Finnegan, a paleontologist at the University of California, Berkeley said that the results of the study "shows that the consequences of messing around in that way could be pretty severe."

The scientists involved in the study did their research in part by measuring the extraterrestrial helium found in petrified sea floor sediments in southern Sweden. The study shows that scientists are focusing more on how astronomical events are influencing the evolution of life on Earth.

Lund University lead the study with over 10 international partners.