As impeachment heads to the Senate, President-elect Joe Biden urged senators to also focus on 'other urgent business of the nation' during the pandemic. 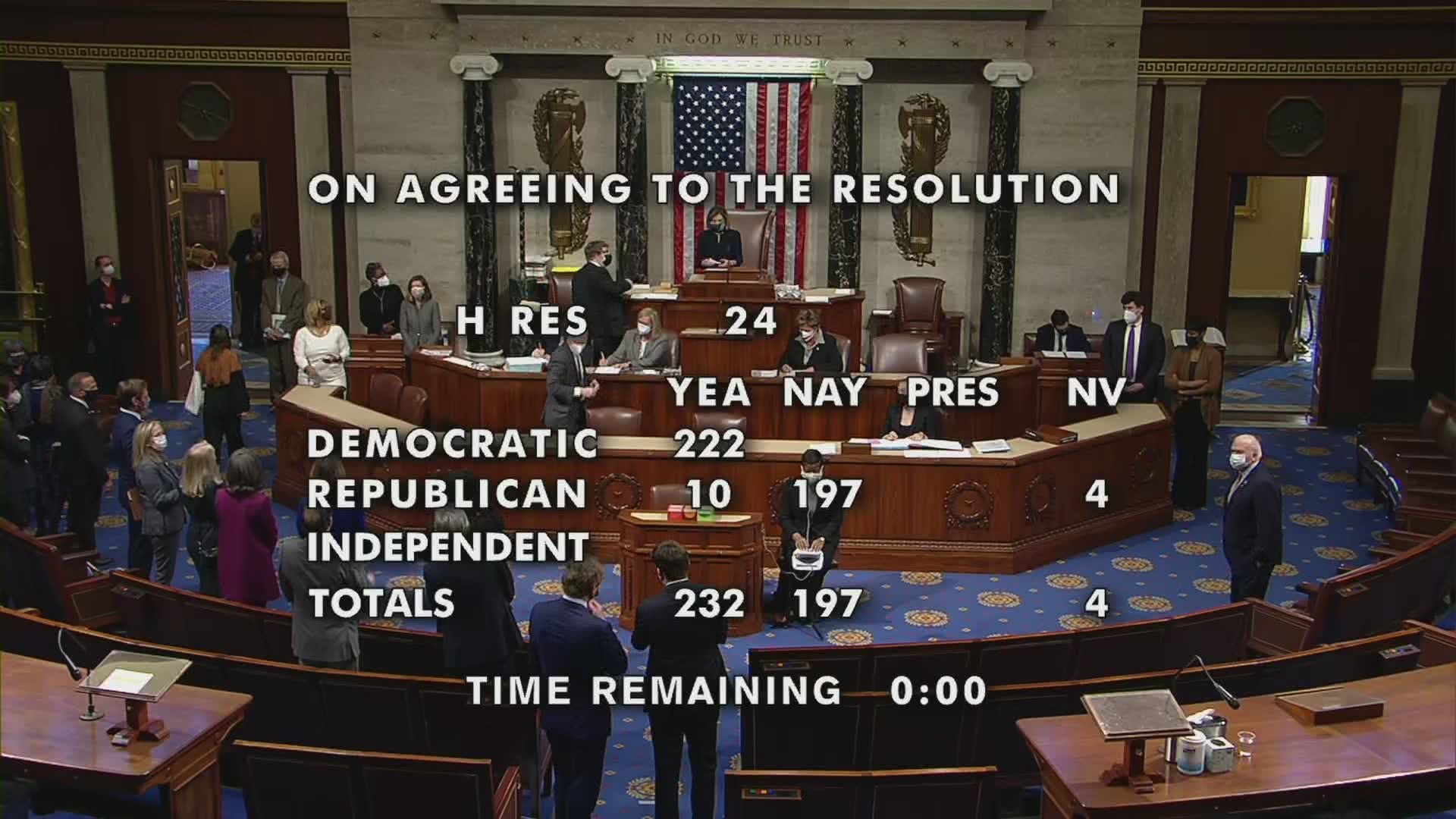 The following is a statement released by President-elect Joe Biden Wednesday after the House of Representatives voted to impeach President Donald Trump following the Jan. 6 riot at the U.S. Capitol.

"Last week, we saw an unprecedented assault on our democracy. It was unlike anything we have witnessed in the 244-year history of our nation.

A violent attack on the United States Capitol itself. On the people’s representatives. On police officers who every day risk their lives to protect them. And on fellow citizens who serve as public servants in that Citadel of Liberty.

Windows and doors were destroyed. Offices ransacked. A Capitol Hill police officer was murdered. Another lost his life a few days later. Four other people died in the senseless mayhem of that day.

This criminal attack was planned and coordinated. It was carried out by political extremists and domestic terrorists, who were incited to this violence by President Trump.

It was an armed insurrection against the United States of America. And those responsible must be held accountable.

Today, the members of the House of Representatives exercised the power granted to them under our Constitution and voted to impeach and hold the president accountable. It was a bipartisan vote cast by members who followed the Constitution and their conscience. The process continues to the Senate.

This nation also remains in the grip of a deadly virus and a reeling economy. I hope that the Senate leadership will find a way to deal with their Constitutional responsibilities on impeachment while also working on the other urgent business of this nation.

From confirmations to key posts such as Secretaries for Homeland Security, State, Defense, Treasury, and Director of National Intelligence, to getting our vaccine program on track, and to getting our economy going again. Too many of our fellow Americans have suffered for too long over the past year to delay this urgent work.

I have often said that there is nothing we can’t do, if we do it together. And it has never been more critical for us to stand together as a nation than right now.

So we must remember who we are as Americans and what we stand for and believe.

It’s time for us to be what at our best we have always been.

The United States of America."

RELATED: Trump condemns violence at US Capitol after House impeaches him