Jen Psaki said she will bring truth and transparency to the White House briefing room, a clear reference to her predecessors. 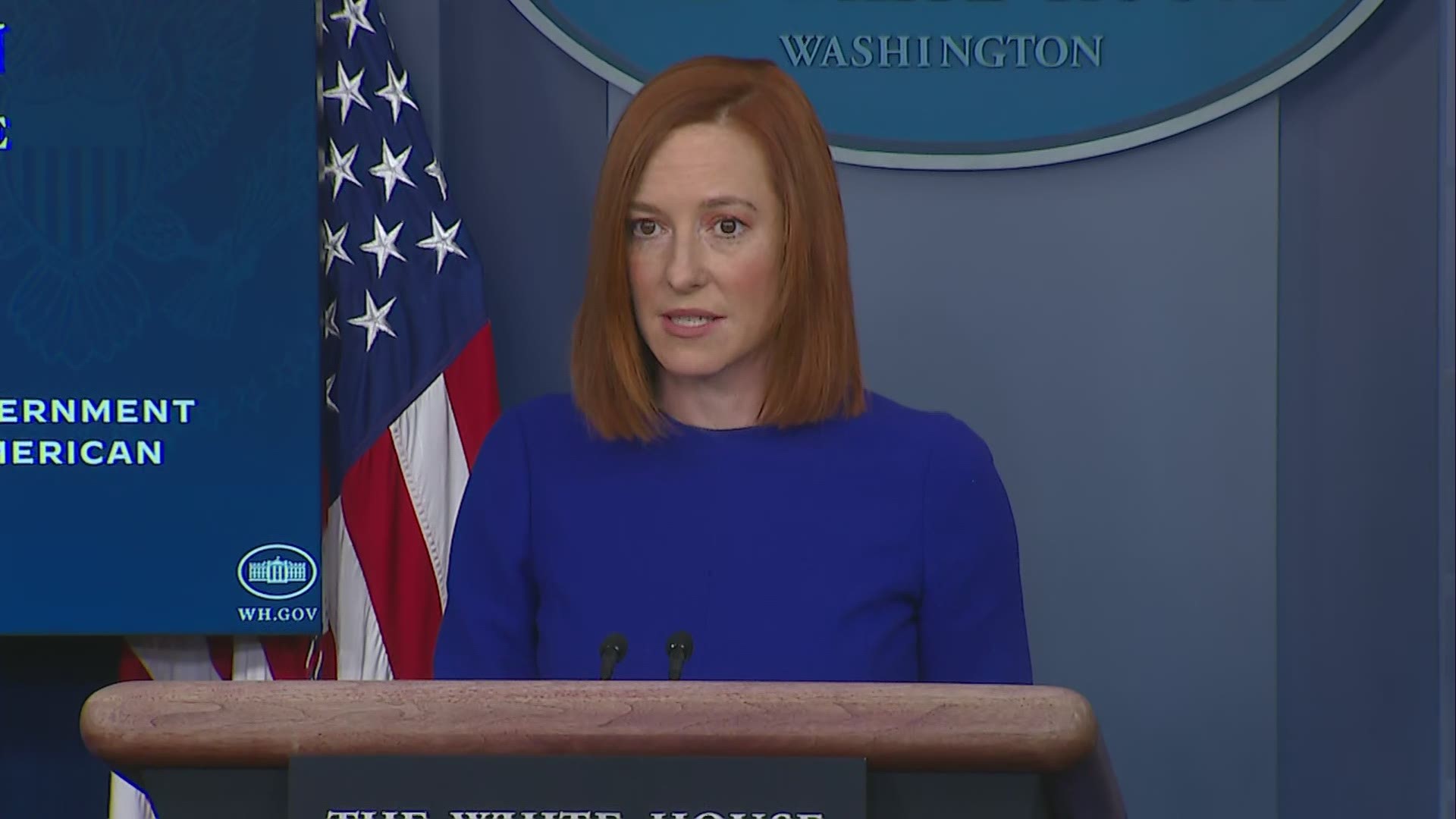 If there's one thing clear after White House press secretary Jen Psaki's first session with reporters on Wednesday, it's that she's determined to minimize drama in the briefing room.

Her 31-minute news conference stood in stark contrast to Sean Spicer's first time before reporters four years earlier. Spicer made the plainly false claim that President Donald Trump's inauguration crowd was the largest in history, which he later said he regretted.

Psaki's session was sedate, even boring at times, due at least in part to the newness of the administration.

She promised to make the sessions a weekday routine ("not Saturday and Sunday. I'm not a monster"). The 42-year-old Psaki (pronounced SOCK-eee) was a State Department spokesperson and White House communications director in former President Barack Obama's administration.

In the building and ready to get to work. Follow me @PressSec will still post on personal side here. But for the work of @POTUS and @VP and @FLOTUSBiden and @SecondGentleman will be providing updates from @PressSec

She didn't see it as a choice when asked by Associated Press reporter Zeke Miller whether she saw her job as promoting Biden's interests or providing the unvarnished truth on issues to the American people.

“His objective and his commitment is to bring transparency and truth back to government and to share the truth even when it's hard to hear,” she said, “and that's what I hope to do.”

Psaki handled questions with no outward nervousness, even displaying a practiced ability to duck. NBC's Peter Alexander had to ask a second time whether Biden had confidence in FBI director Christopher Wray, before Psaki said she'd check with the president and come back with an answer at another time.

When Miller asked if Biden believed that Trump should be barred from holding public office again, she didn't directly answer, although she said Biden ran because he didn't believe Trump could do the job capably.

Fox News Channel's Peter Doocy wondered, given Biden's call for unity in his inaugural address, whether the president thought the Senate should move forward with an impeachment trial for Trump.

“His view is the way to bring the country together is to address the problems we're facing,” she said.

Psaki, who double-masked before taking them off to answer questions, threw subtle shade at the notably lax mask-wearing habits of Trump and many in his administration.

“The president has also asked us to be models for the American people,” she said.

Psaki showed a bone-dry wit when one reporter asked if Biden planned to keep the new color scheme that Trump ordered for Air Force One.

“This is such a good question,” Psaki said. “I have not had the opportunity to dig into that today.”

It was the first White House press briefing since Dec. 15, 2020, when Kayleigh McEnany held the last of her 42 sessions for Trump, according to journalist Mark Knoller.

After Psaki was done, observers on both CNN and Fox News Channel agreed that briefing's tone was markedly different from those during the Trump administration.

They disagreed on why, though.

“Not overly easy, but cordial,” Kilmeade said. “This is the way it should have been for four years with President Trump. Not one day did any of her predecessors have that tone” from reporters, he said.

Biden said in a statement, “Communicating directly and truthfully to the American people is one of the most important duties of a president, and this team will be entrusted with the tremendous responsibility of connecting the American people to the White House.”

Others joining the White House communications staff are:

These three Biden campaign senior advisers were selected to be appointed to top communications roles:

RELATED: 'Even as we grieved, we grew' | Poet Amanda Gorman, 22, recites work at Biden-Harris inauguration