Major and Champ, before they move into the White House, were the stars of an adorable video wishing Americans a Merry Christmas. 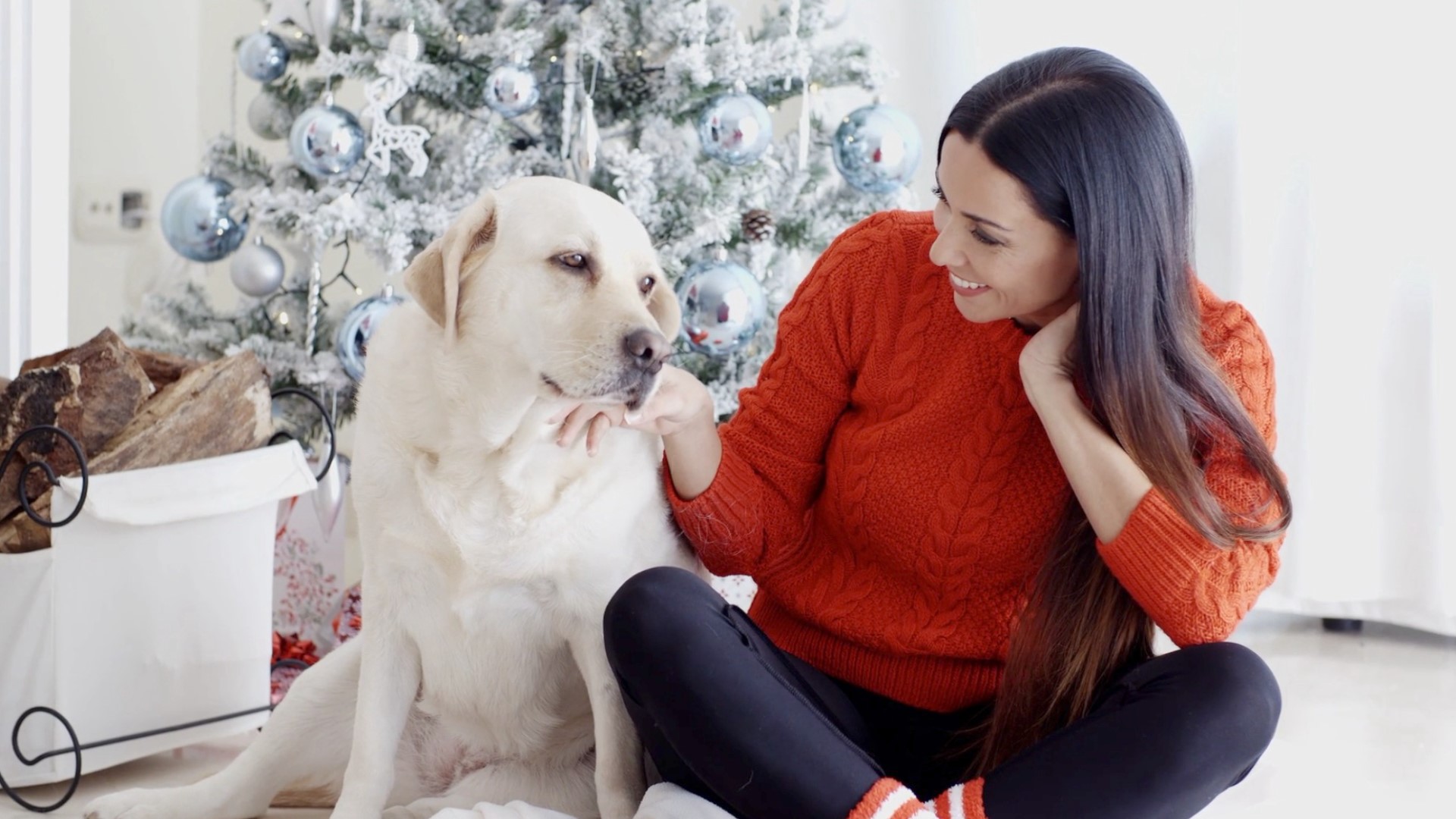 "No matter how you’re celebrating this year, Champ and Major wish you a Merry Christmas," the caption on the Christmas Eve video reads.

The video message, with the song "We Wish You a Merry Christmas" playing, features the dogs' different personalities surrounded by a Christmas tree and holiday-themed chew toys.

The video begins with Champ, the older of the two dogs, calmly laying in front of a Christmas tree snuggled under a blanket. The music then speeds up as rambunctious Major races down the stairs with a chew toy.

The video then cuts back and forth between Champ, who remains calm, and Major who can't seem to sit still. It ends with Major sniffing out the best chew toy from under the Christmas tree.

No matter how you’re celebrating this year, Champ and Major wish you a Merry Christmas. pic.twitter.com/SrZBT4vmpP

Champ has been part of the Biden family since 2008. Major was adopted from the Delaware Humane Association in 2018 after the Bidens started fostering him.

Major loves to play, which is clear in the Christmas video. Last month, the president-elect suffered a hairline fractured in his right foot after he slipped and twisted his ankle playing with him.

The arrival of the Biden pets, Champ, Major and a cat, on Jan 20, 2021, will mark the next chapter in a long history of pets residing at the White House after a four-year hiatus during the Trump administration.

“Pets have always played an important role in the White House throughout the decades,” said Jennifer Pickens, an author who studies White House traditions. “It not only provides companionship to the president and their family, but I believe it also humanizes and softens their political image.”

After posting the heartwarming Christmas Eve video of his dogs, Biden shared a more serious tweet asking the American people to be careful amid the coronavirus pandemic.

"I know how hard it is to forego holiday traditions — but it is so very important," Biden tweeted. "Please wear masks, limit the size of any groups, and refrain from traveling. We have to stay apart just a little longer."

I know how hard it is to forego holiday traditions — but it is so very important. Please wear masks, limit the size of any groups, and refrain from traveling. We have to stay apart just a little longer.

As the U.S. heads into a holiday season of travel and family gatherings, it threatens to fuel the deadly COVID-19 crisis across the nation.

Despite warnings from public health experts to stay home, over 1.19 million travelers passed through U.S. airport security checkpoints Wednesday — down by about 40% from a year ago, but the highest one-day total since the crisis took hold in mid-March.

Airports also recorded around 1 million travelers on each of the five days between last Friday and Tuesday.

RELATED: Experts fear the holidays will fuel the US coronavirus crisis

Americans have high hopes for vaccines — officials had promised that some 20 million people would be vaccinated by year’s end. But as of Wednesday, about 1.1 million Americans had received the first dose of the two-dose inoculations, yet another disappointment in a year of many.

The United States has more than 18 million confirmed cases of COVID-19, according to data from Johns Hopkins University.

As of Friday, the U.S. had more than 329,000 deaths from the virus. Worldwide, there are nearly 80 million confirmed cases with more than 1.7 million deaths.