Canada's plan to re-open to fully vaccinated Americans comes with questions, frustration for some

Canada will begin letting fully vaccinated U.S. citizens into Canada on Aug. 9, and those from the rest of the world on Sept. 7. 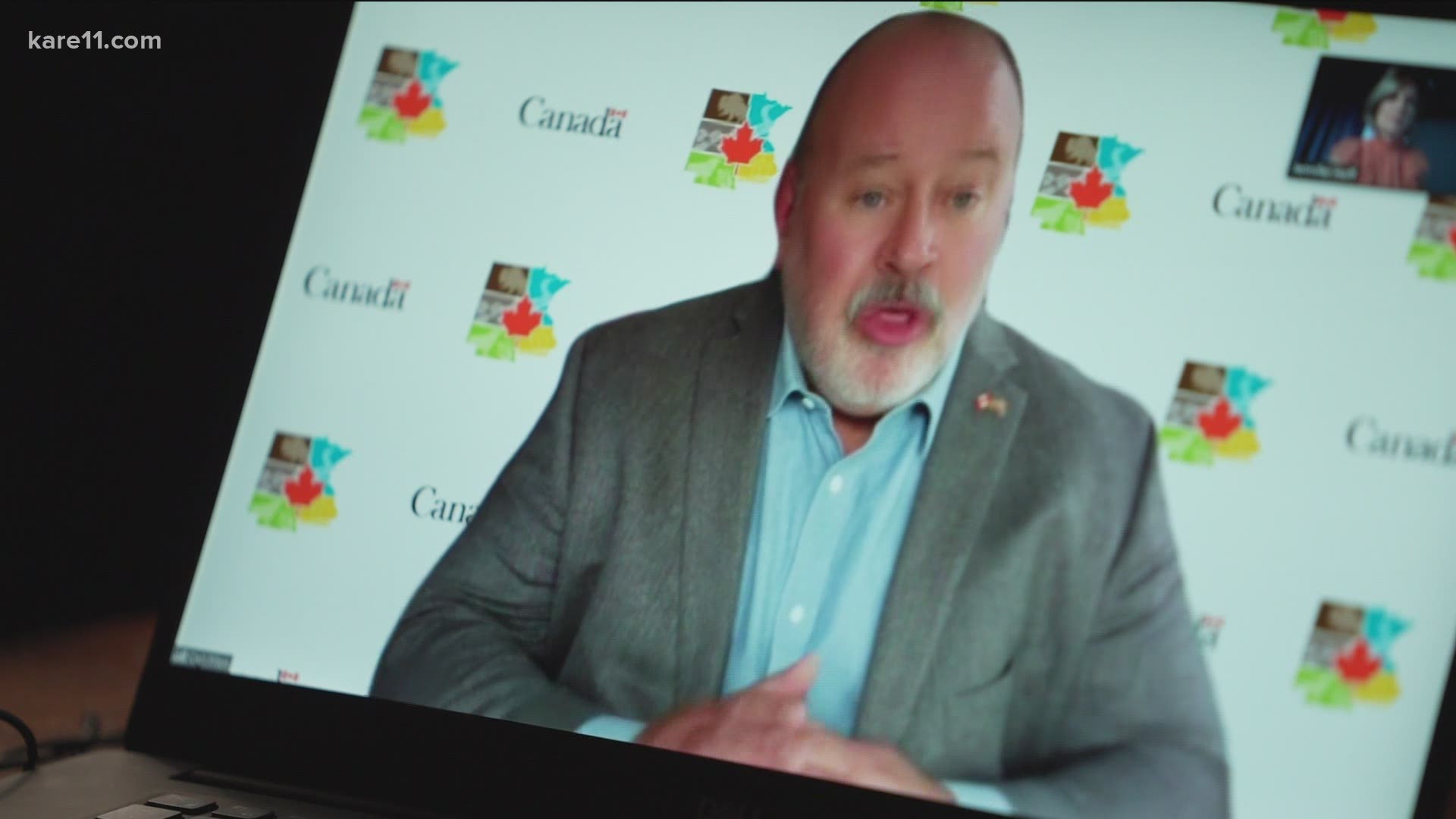 While this is welcome news for many, it also comes with a lot of questions - and even frustration from some who live in spots dependent on tourism.

"First and foremost it doesn’t feel real, you know, I feel like we’ve been waiting month to month to month for so long," said Andrea Haggenmiller. She is the co-owner of Flag Island Resort.

The resort operates from the Northwest Angle on Lake of the Woods - a notch of land that juts into Canada, which closed its borders about 15 months ago to slow COVID-19.

Haggenmiller hopes the news of re-opening brings more tourists. Right now, only about 30 of her 160 beds are full.

"I have a lot of uncertainty of the unknowns," said Haggenmiller. "Hopefully we can find out those details sooner than later because we have a lot of people who are itching to get here."

There are a lot of unanswered questions, like whether anglers can cross water borders too. Canada's Senior Trade Commissioner, Carl Pilon, is chalking some of the uncertainty up to the quirky land mass, known as just the Angle.

Pilon says decisions are made more broadly because the border between the two countries is the longest anywhere.

Without any customers at Jake’s Northwest Angle, Colson and his wife are taking a road trip out west during what should be their busiest season.

This past winter, it was an ice road that trucked-in at least some tourists.

"We've gone two years now without a summer and I'm hoping the rest of the season is stronger than it usually is historically," said Colson.

If you're traveling with kids too young to be vaccinated, officials say you don't have to quarantine, but they recommend avoiding group activities.