The Minnesota legend had been fighting brain cancer. 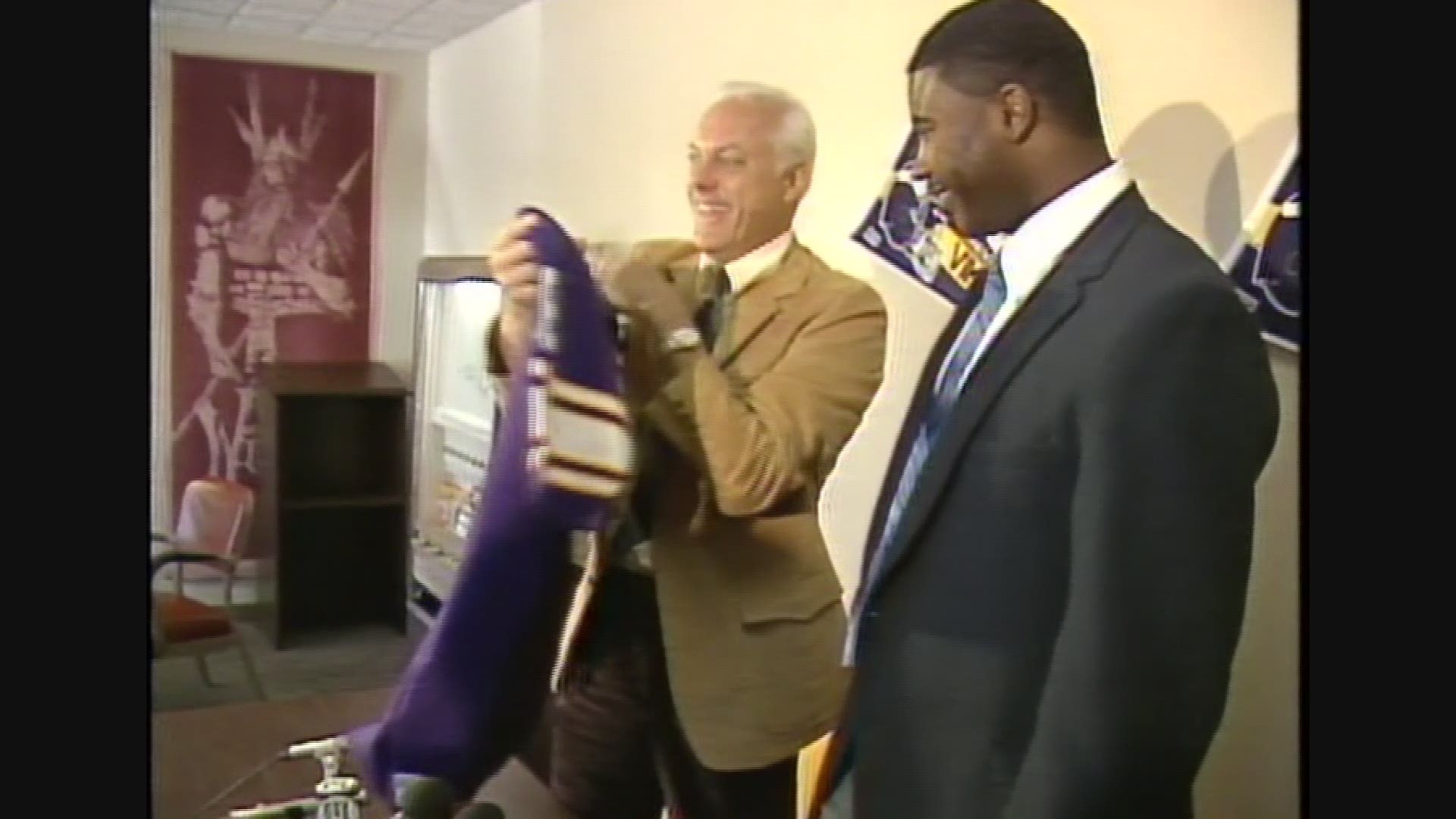 "The Minnesota Vikings express our deepest sympathies to Chris Doleman's family and friends upon his passing. Chris was a great example for players past and present, as he embodied all the best characteristics of a Viking – resilience, toughness and a competitive spirit. Chris always carried himself with dignity and class. Vikings fans worldwide will greatly miss him. - The Minnesota Vikings and the Wilf family."

NFL.com reports Doleman underwent surgery to remove a brain tumor two years ago and had been fighting glioblastoma ever since.

“I had the honor of getting to know him not only as a great football player but an outstanding human being,” CEO David Baker said in a statement to the Associated Press. “One of the honors of my life was witnessing Chris get baptized in the Jordan River during a Hall of Fame trip to Israel. The legacy of Chris Doleman will live forever in Canton, Ohio, for generations to learn from how he lived a life of courage and character.”

Doleman played 10 of his 15 seasons with the Vikings between 1985 and 1999. He spent two seasons with the Atlanta Falcons and three years with the San Francisco 49ers before returning to Minnesota for his final season. He played college football for Pittsburgh before his professional career.

"This guy was so incredibly gifted he could just show up and play," teammate and Vikings defensive tackle Keith Millard told KARE. "He never missed a practice. I’ve missed thousands. He’s never missed a game. God knows how many I’ve missed. He’s an incredible athlete size, speed wise second to none.  He brought the best out of me, I know that, and he brought the best out of all of us."

Doleman was inducted into the Hall of Fame in 2012.