In the lawsuit, Krebs alleged a "calculated and pernicious conspiracy" from the three defendants. 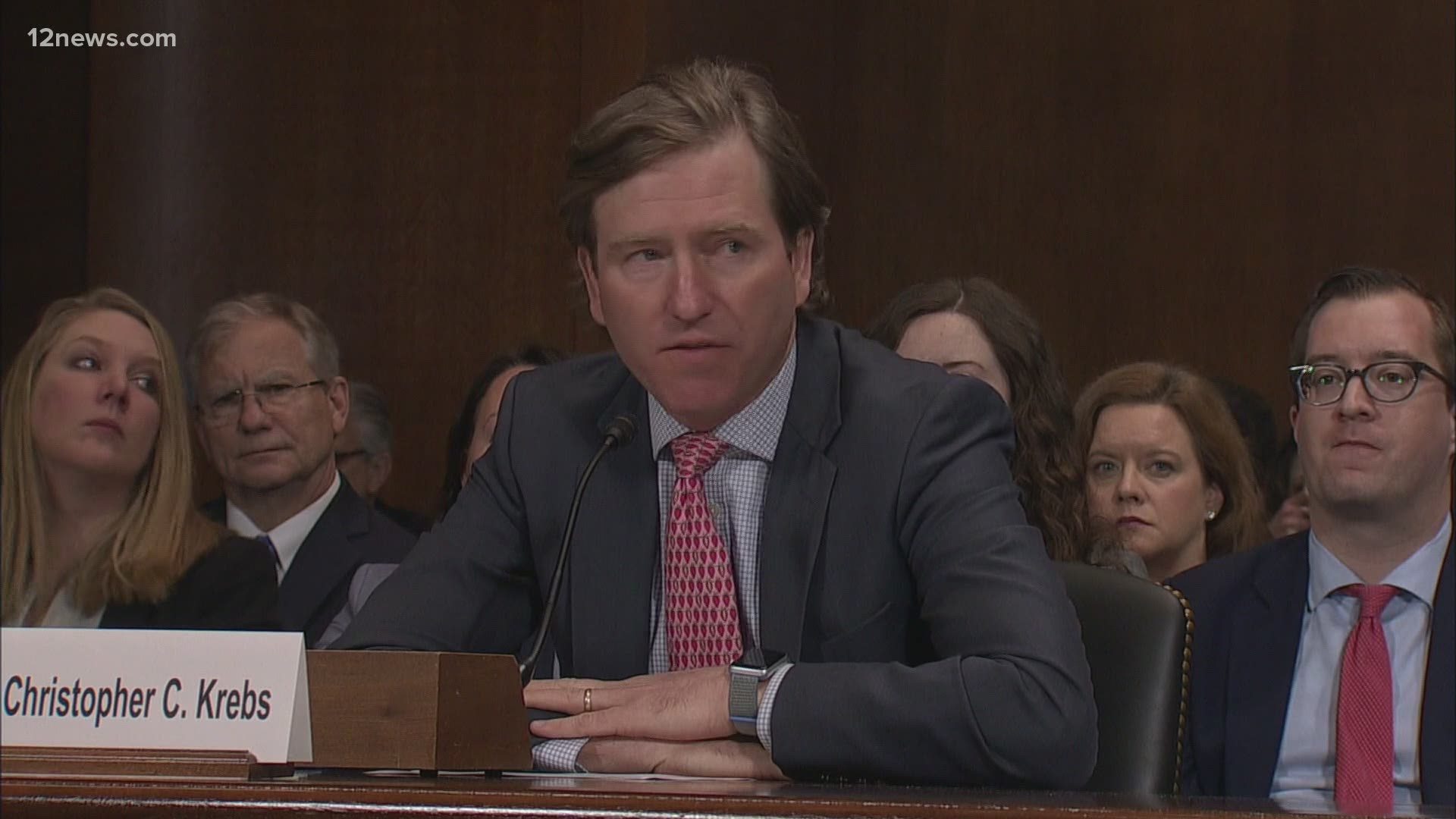 WASHINGTON — Editor's note: The video above was published Nov. 18.

The nation's former top election security official is suing President Donald Trump, a lawyer and the conservative TV outlet Newsmax in a defamation lawsuit alleging a "calculated and pernicious conspiracy" from the three parties.

In a lawsuit filed Tuesday in Maryland Circuit Court, Christopher Krebs claimed defamation and the infliction of emotional distress for comments made by Trump and some of his most loyal supporters.

One of the defendants in the suit includes lawyer Joseph diGenova who said Krebs should face the same punishment as those convicted of treason. He made the comments following Krebs' appearance on "60 Minutes" where he echoed previous statements made calling the election the most secure in American history.

“He should be drawn and quartered,” diGenova said about Krebs on Newsmax. “Taken out at dawn and shot.”

The lawsuit states that Newsmax "has opportunistically seized on the current political unrest and capitalized on the anger of Trump loyalists to boost its ratings and viewership." Newsmax saw a ratings spike in the weeks following the election as the cable channel questions the validity of the election.

Shortly after the election, Krebs, the director of the Cybersecurity and Infrastructure Security Agency, refuted President Trump's unsubstantiated claims of voter fraud. The Trump appointee was later fired by the president after tweeting out a report citing 59 election security experts saying there is no credible evidence of computer fraud in the 2020 election outcome.

RELATED: Trump fires head of federal agency that said there was no election fraud

RELATED: How to identify and combat disinformation online

The lawsuit seeks remedies from the defendants in defaming himself along with other Republican Party members who perform public duties without regard for "party loyalty." In addition, Krebs is asking for monetary damages and the removal of DiGenova's video from the Newsmax archives.

"Defendants Newsmax, the Campaign, and diGenova have a symbiotic relationship," the lawsuit says. "Defendant Newsmax disseminates and amplifies the Defendant Campaign’s and Defendant diGenova’s attacks on perceived political threats and allegations of election stealing, which pleases viewers, prompts endorsements from President Trump, increases ratings, supports the political goals of the Defendant Campaign, and helps raise more money from duped supporters."

A former Microsoft executive, Krebs ran the agency, known as CISA, from its creation in the wake of Russian interference with the 2016 election through the November election. He won bipartisan praise as CISA coordinated federal state and local efforts to defend electoral systems from foreign or domestic interference.