'Trust me. This is our best state,' said the host who also offered to broker the deal. 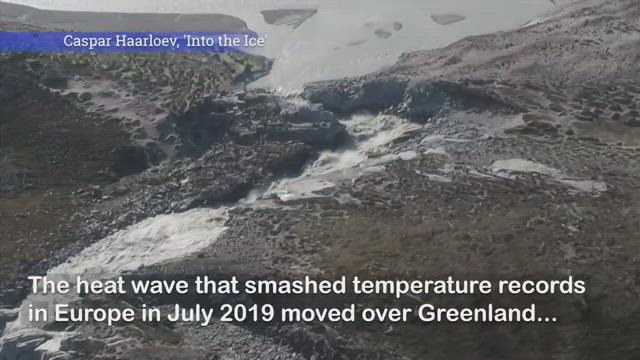 Late-night talk show host Conan O'Brien is all-in on the idea of the U.S. acquiring Greenland. In fact, O'Brien says he wants to help broker the deal and has a couple of ideas of how President Donald Trump can sweeten it.

Trump on Sunday confirmed a Wall Street Journal report that he has interest in the U.S. obtaining the territory which belongs to Denmark, but claimed that it's not the top thing on his priority list.

O'Brien said on his TBS talk show that he plans to visit Greenland to get the ball rolling as part of his ongoing "Conan Without Borders" segment.

RELATED: Trump confirms interest in Greenland, but it's not top priority

RELATED: Greenland to Trump: Thanks, but we're not for sale

One of O'Brien's suggestions to convince Denmark to give up Greenland? Give them Florida.

"Trust me. This is our best state," O'Brien said. "And, please, do not Google Florida."

O'Brien also says he wants to sweeten the deal by telling Greenland that it could become part of the U.S. health care system.

Denmark's prime minister has already said Greenland is not for sale.

"But if there's anything I've learned from watching hundreds of hours of 'Property Brothers,' saying, 'It's not for sale' is the classic opening gambit," O'Brien said, adding that if the U.S. waits too long, China will come in with an "all cash" offer and steal it.

"Come on. An 11 o'clock time slot on TBS? You don't just get that, ladies and gentlemen," O'Brien said sarcastically.

But he made a promise if he doesn't pull off this deal.

"I, Conan O'Brien, will never, ever again set foot on American soil."

That got a standing ovation from the audience.

You can watch the segment here via Facebook (Note: There is one verbal reference some may consider inappropriate for children).