As part of the lawsuit, some immigrants said they've been denied wheelchairs while in U.S. detention facilities. 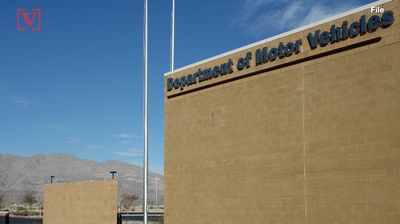 LOS ANGELES — Immigrants held in U.S. detention facilities filed a lawsuit Monday decrying what they called shoddy medical care and a failure by authorities to provide accommodations for disabilities.

In the suit filed by disability and civil rights advocates in U.S. District Court, immigrants said they're placed in isolation as punishment and denied recommended medical treatment and surgery. Some said they've been denied wheelchairs and a deaf detainee who communicates in American Sign Language said he has not been provided an interpreter.

The problems harm disabled immigrants and threaten anyone in one of Immigration and Customs Enforcement's more than 50,000 detention beds who winds up getting sick or isolated from other detainees, said Monica Porter, staff attorney at Disability Rights Advocates, one of the organizations that filed the suit.

"ICE cannot simply contract with third parties to operate its detention centers and then wash its hands of the deplorable, unlawful conditions in those detention centers," said Tim Fox, co-executive director of the Civil Rights Education and Enforcement Center.

ICE, which largely contracts with private companies and law enforcement agencies for detention space, declined to comment specifically about the lawsuit.

An agency official said comprehensive medical care is provided to all detainees including dental and 24-hour emergency care and studies have shown about 1 percent of detainees are held in segregated housing at a given time.

RELATED: 'It's not what America stands for' | Activists protest ICE, detention centers outside ICE headquarters

The lawsuit filed on behalf of 15 immigrants from countries including Sudan and Mexico and nonprofits seeks to represent immigrant detainees across the country. The suit cites problems at eight facilities including a privately-run center in Adelanto California, and Teller County Jail in Colorado.

Advocates said they want to see changes in medical treatment and policies for the immigrants, who are fighting deportation, and the release of immigrants under alternative programs.

One of the plaintiffs, Faour Abdullah Fraihat, has been detained in Adelanto for more than two years and lost vision in his left eye. While an off-site doctor recommended surgery in April, immigration authorities didn't provide it and he was told last month his vision couldn't be restored, according to the lawsuit.

Fraihat, 57, who has back and knee pain, said he was given a wheelchair but it was taken away after a month. For more than a year, he relied on officers to bring him food, the suit said.

He said he fears returning to Jordan because he was threatened after converting to Christianity.

Another detainee at the facility about 60 miles northeast of Los Angeles said he was placed in segregation for a week after filing a grievance against an officer, the suit said.

Luis Manuel Delgadillo, a 29-year-old who has lived most of his life in the United States, was on medication for schizophrenia and bipolar disorder but his treatment shifted after he was detained in May. Since then, his mental health has suffered, prompting him to miss two court dates, according to the lawsuit.

"Like any parents, my husband and I suffer with him, and we just want him to be safe," his mother, Patricia Delgadillo, said in a statement.