The picture book follows Fauci through his upbringing in Brooklyn, all the way to his role working with seven U.S. presidents on some of the biggest health crises. 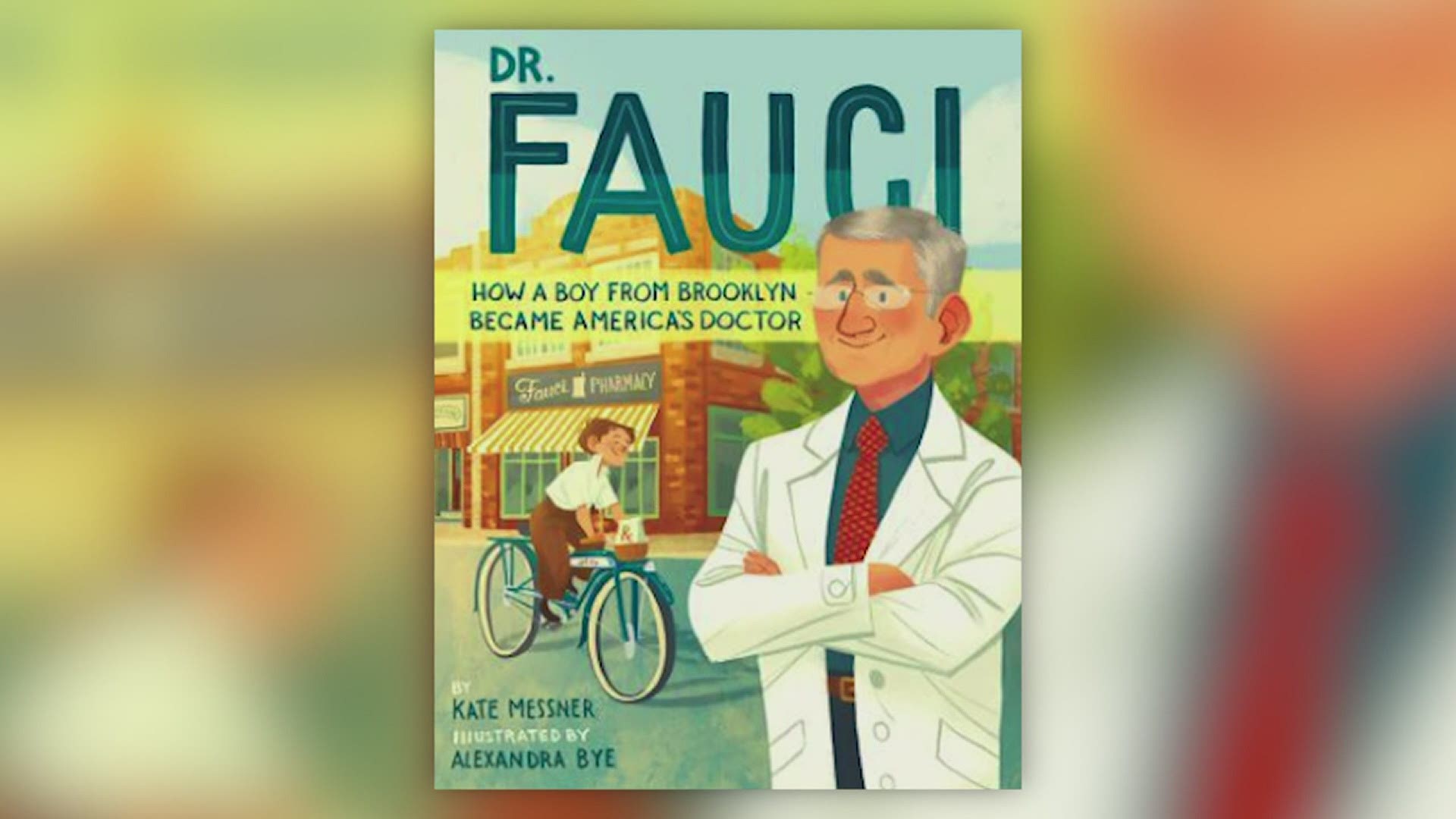 WASHINGTON — Dr. Anthony Fauci, the nation's top infectious disease expert, will soon be the subject of his very own children's picture book.

"Dr. Fauci: How a Boy from Brooklyn Became America's Doctor" follows Fauci from his upbringing in Brooklyn through medical school and onto the challenges he faced in his role working with seven U.S. presidents, according to the book's description.

"Before he was Dr. Fauci, director of the National Institute of Allergy and Infectious Diseases, Anthony Fauci was a curious boy in Brooklyn, delivering prescriptions from his father's pharmacy on his blue Schwinn bicycle," the summary for the picture book biography states. It'll also include Fauci's own tips for future scientists.

The book's author, Kate Messner, on Sunday revealed the cover art for the picture book.

It's cover reveal day for DR. FAUCI: HOW A BOY FROM BROOKLYN BECAME AMERICA'S DOCTOR!

I'm so excited to share Alexandra Bye's amazing cover art for our picture book biography - out 6/29 from @SimonKIDS.

Fauci quickly became one of the central figures in the U.S. fight against the COVID-19 pandemic.

He served on President Donald Trump's White House coronavirus task force and frequently appeared early on at the daily press briefings. Last fall, Fauci pushed back on Trump's assertions that the U.S. was "rounding the turn" even before COVID-19 vaccines were approved. Just days before the U.S. presidential election, Trump suggested he would fire Fauci if he won re-election.

During a round of morning show interviews earlier this month, Fauci urged Trump to use his popularity among Republicans to persuade his followers to get the COVID-19 vaccine.

RELATED: Fauci: Trump should urge his followers to get vaccinated

RELATED: President Trump suggests he might be firing Dr. Fauci after election