The Capitol Police officer led a violent mob away from the Senate doors during the Jan. 6 riot as they searched for lawmakers. 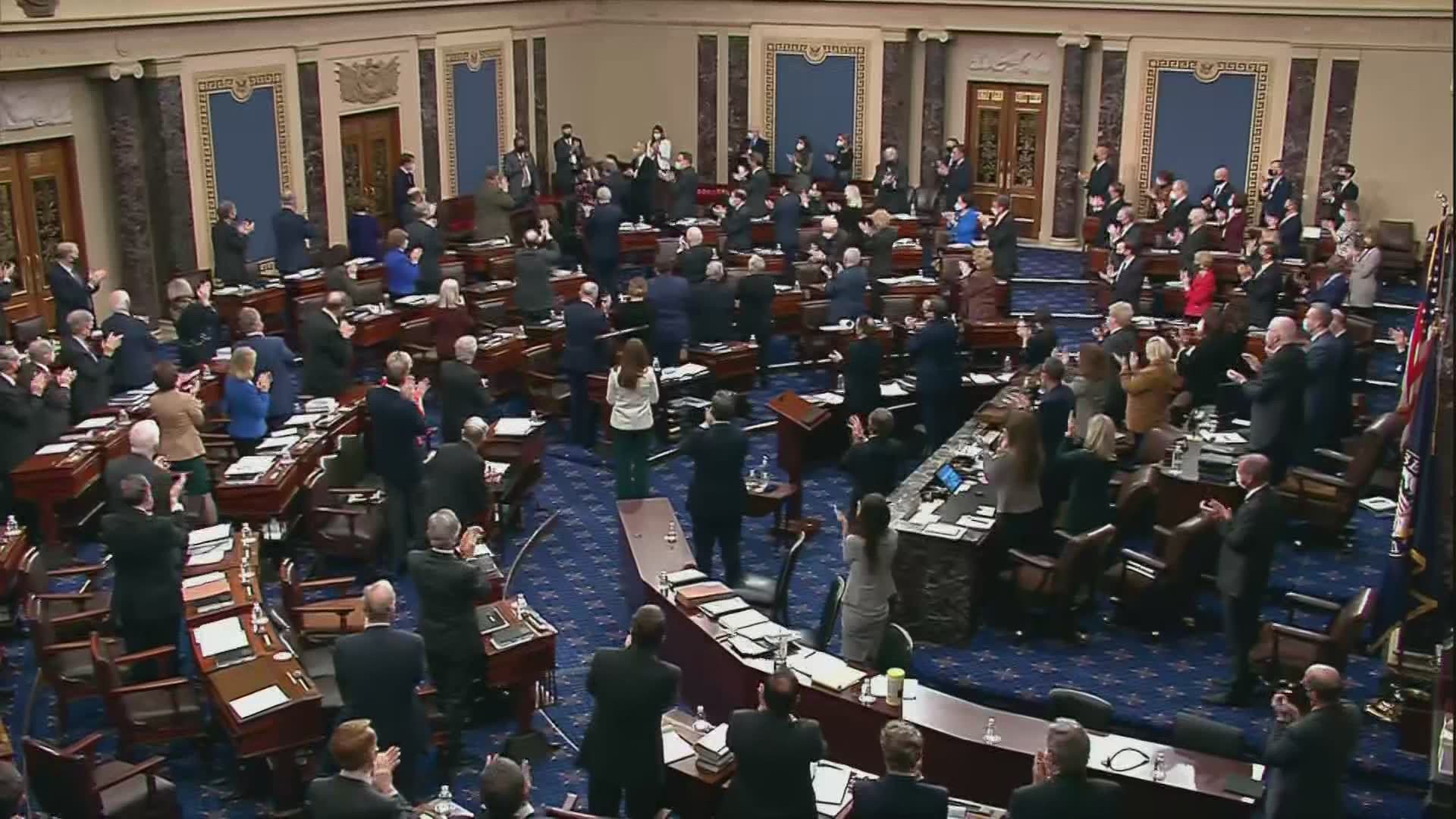 The Senate has voted to give the Congressional Gold Medal to Eugene Goodman, a Capitol Police officer who led a violent mob away from the Senate doors on Jan. 6 as they hunted for lawmakers during the presidential electoral count.

Senate Majority Leader Chuck Schumer called the vote at the end of the day’s impeachment proceedings, noting Goodman’s “foresight in the midst of chaos, and his willingness to make himself a target of the mob’s rage so that others might reach safety.”

The Senate voted to award Goodman the medal -- the highest honor Congress can bestow -- by unanimous consent, meaning there were no objections. Goodman was in the Senate chamber as Schumer spoke, and the entire Senate stood and turned toward him, giving him a standing ovation. He put his hand on his heart.

Goodman has been in the chamber for much of the impeachment trial, in which House Democrats are charging that former President Donald Trump incited the Jan. 6 insurrection. New evidence introduced in the trial this week showed additional video of Goodman leading Republican Sen. Mitt Romney to safety as he unknowingly headed toward a location where the mob had gathered.

The trial wrapped up for the day Friday night and will resume Saturday.