The FAA had originally certified the plane and let it keep flying after another Max crashed in Indonesia, five months before the Ethiopian accident. 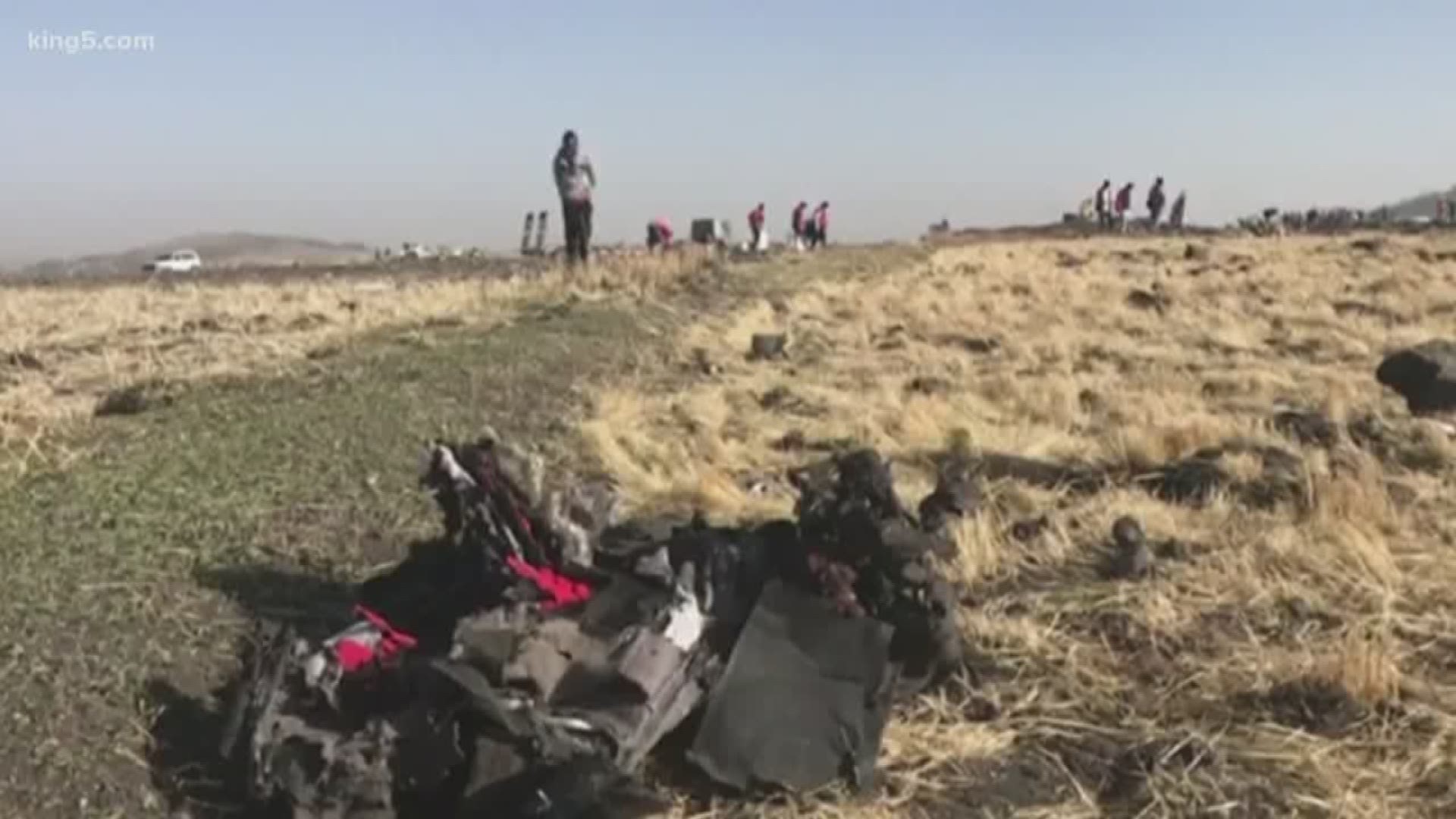 Relatives of some of the passengers who died in the crash of an Ethiopian Airlines marked Wednesday's two-year anniversary of the disaster by seeking the improbable: a reversal of government orders that let Boeing 737 Max jets fly again.

They are also seeking the removal of several top officials at the Federal Aviation Administration, which certified the plane and let it keep flying after another Max crashed in Indonesia, five months before the Ethiopian accident. A total of 346 people died in both crashes. The family members say they are trying to prevent a third crash.

The parents of 24-year-old Samya Rose Stumo met with Transportation Secretary Pete Buttigieg for nearly an hour, then joined other families at a vigil outside FAA headquarters in Washington. In Toronto, the family of Danielle Moore, who was also 24, planned to protest outside the U.S. consulate.

FAA Administrator Stephen Dickson has personally vouched for the plane's safety. A military and airline pilot before heading FAA, Dickson flew a Max in September. Boeing says Max jets have made 9,000 flights for 14 airlines without incident since returning to service late last year.

A longtime FAA engineer wrote to Stumo's parents last month and detailed how a critical flight system was approved despite what he considered a shocking design flaw: It could change the plane's trajectory if a single sensor failed.

Joe Jacobsen told the family that FAA delegated the review of most aspects of the flight system to a small number of Boeing engineers. Jacobsen said he and other FAA engineers didn't know about the design of the system, called MCAS, until after the first crash, and that if they knew, they would have flagged the problem.

"Please accept my deepest apologies for my inability to stop the chain of events that led to the tragic loss of your beautiful daughter," Jacobsen wrote to Michael Stumo and Nadia Milleron.

Boeing had to revise the system before the FAA and other regulators would allow the plane to fly again, but Jacobsen wrote that more needs to be done — Boeing merely improved the plane's design from an F to a D. His letter was first reported by the Seattle Times.

Milleron said it took her hours to read Jacobsen's email, which prints out at five pages — she kept stopping, pacing the room, thinking about her daughter.

"It's just really hard to read these things," she said. "You wish you could reach back in time and change it so Samya could be alive and the other people could be alive."

The Transportation Department and the FAA declined to comment. So did the FAA, other than pointing to previous comments including a video Dickson made in November, when he announced the end of the 20-month grounding of the Max. Dickson said changes demanded by his agency fixed the problems that played a role in the crashes, and added that he was "100% comfortable with my family flying on it."

In December, Congress approved changes in FAA's process for certifying new planes. The FAA will still rely on Boeing engineers to make critical safety assessments, but will be able to choose those employees and communicate directly with them.

Last month, the Transportation Department's inspector general criticized the FAA's oversight of Boeing in a blistering report. The watchdog issued 14 recommendations to "restore confidence in FAA's certification process and ensure the highest level of safety." The FAA said it will follow the recommendations, but it will take nearly five years.

The grief of relatives of other passengers has not eased in the last two years either. Nor were they satisfied in January when Chicago-based Boeing agreed to a $2.5 billion settlement with the Justice Department to avoid criminal prosecution for fraud. The company admitted that two former test pilots hid information about changes to MCAS from the FAA.

"The truth is that 346 people are now dead because Boeing cut corners, lied to regulators, and simply considers this the cost of doing business," said Yalena Lopez-Lewis, whose husband Antoine Lewis, died on the Ethiopian plane.

"This crash should never have happened, and the people at Boeing should be held accountable for their terrible actions," said Linet Mwirigi, whose husband Cedrick Asiavugwa was also on the Ethiopian Airlines Max.

RELATED: Boeing CEO waived pay but got compensation worth $21 million