Authorities say the police officers were serving a warrant at a home in Southeast Houston when the shooting occurred. 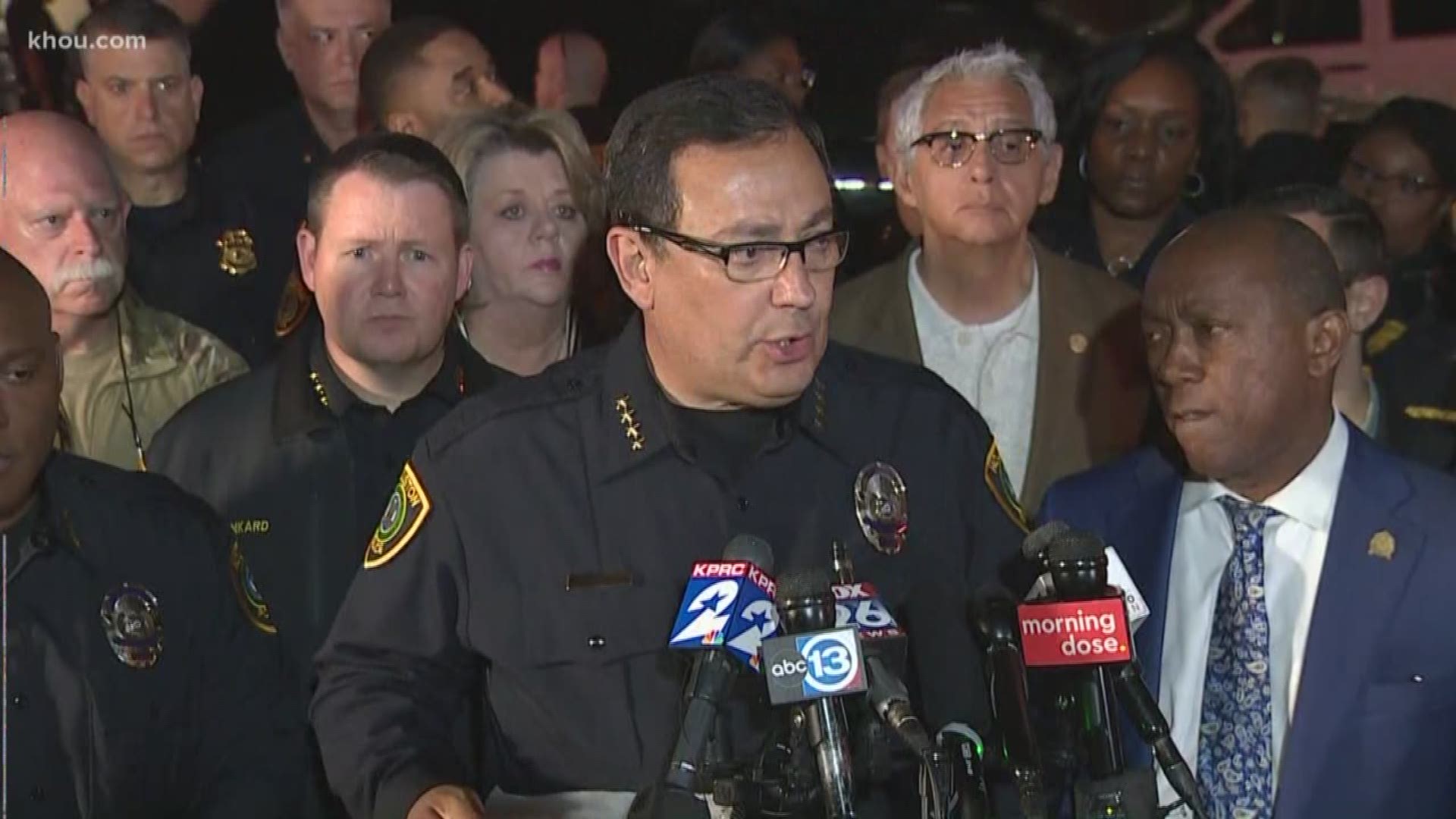 Two of those officers were in critical condition and were undergoing surgery Monday night at Memorial Hermann Hospital. Police Chief Art Acevedo said both of the critically injured were shot in the neck.

Two other officers were stable and were expected to make a full recovery. One of them, who was shot in the shoulder, was released from the hospital Monday night.

A fifth officer suffered a knee injury during the shootout. He remained in the hospital.

Acevedo and Mayor Sylvester Turner rushed to the hospital to join police officers and held hands in a circle, heads bowed in prayer led by an HPD chaplain. The mayor and chief also met with some of the officers' families.

"This has been a tough day for this city," Mayor Turner said. "Please pray for our police officers."

Two suspects were dead inside the house where the officers were serving a warrant for black tar heroin when gunfire broke out.

"A neighbor had the courage to call police and tell them that the suspects were dealing dope from the house," Acevedo said.

HPD and Harris County Sheriff's Office SWAT teams sent robots in the house to make sure there were no other suspects before allowing residents back in.

The gunshots stopped residents in their tracks including Rosie Tellez, who was driving home at the time.

“There were gunshots so I pulled over,” Tellez said.

Tellez said the officer who had been shot in the arm rested on the back of her car, waiting for an ambulance.

“They were just standing there trying to catch their breath," she said.

Moments later, streets were blocked off as neighbors watched worried and prayer for the injured officers.

“My nephew is an officer so, you know, I pray deeply...I hope they’re OK and have a full recovery,” Tellez said.

“I’m hoping that any policeman that got injured, that they were OK because they are our heroes here,” said another resident named Rose. “So I’m just praying that they’ll all be saved.”