A watchdog report accused Clinesmith of altering an email to say former Trump campaign adviser Carter Page was not a source for another government agency. 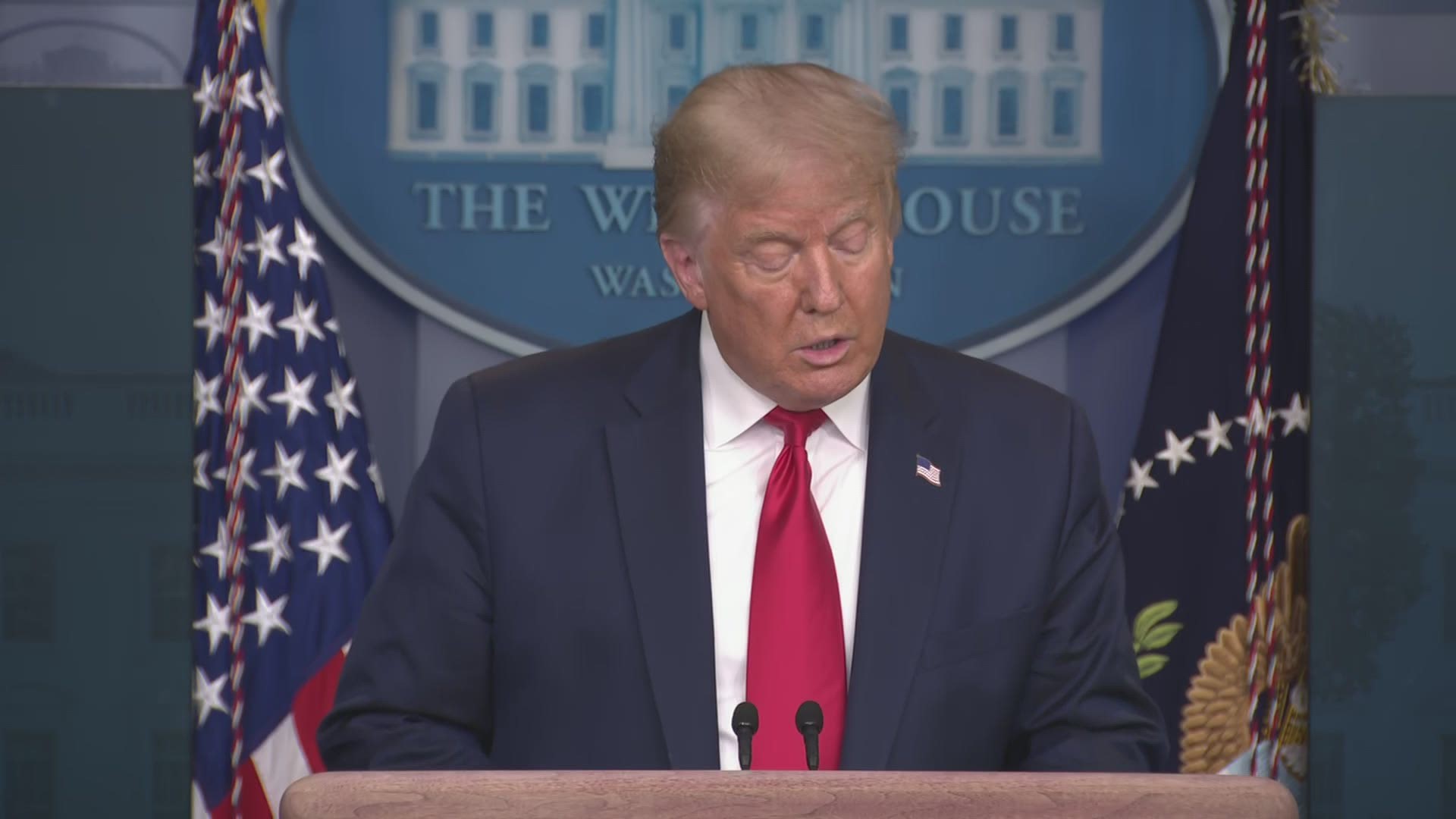 WASHINGTON — A former FBI lawyer plans to plead guilty to making a false statement in the first criminal case arising from U.S. Attorney John Durham's investigation into the probe of ties between Russia and the 2016 Trump campaign, his lawyer said Friday.

Kevin Clinesmith is accused of altering a government email about a former Trump campaign adviser who was a target of FBI surveillance, according to documents filed in Washington's federal court. His lawyer, Justin Shur, told The Associated Press that Clinesmith intends to plead guilty to the single false statement count and that he regrets his actions.

The case against Clinesmith was cheered by President Donald Trump and his supporters as they look to the Durham investigation to lift Trump's wobbly reelection prospects and to expose what they see as wrongdoing as the FBI opened an investigation into whether the Trump campaign was coordinating with the Kremlin to sway the outcome of the 2016 election.

“The fact is they spied on my campaign and they got caught,” Trump said at the White House on Friday.

But the five-page charging document is limited in scope and does not allege criminal wrongdoing by anyone other than Clinesmith, nor does it offer evidence to support Trump's assertions that the Russia probe was tainted by widespread political bias in the FBI. It does make clear that the FBI relied on Clinesmith's own misrepresentations as it sought to renew its surveillance of former Trump campaign aide Carter Page.

The Durham investigation, which is also examining the intelligence community's assessment about Russian election interference, has caused concern among Democrats, who view it as a politically charged exercise meant to relitigate an already closed investigation. They fear criminal charges or public reports issued so close to the 2020 election could be timed to affect November's vote.

Credit: AP
Attorney General William Barr listens during a House Judiciary Committee hearing on the oversight of the Department of Justice on Capitol Hill, Tuesday, July 28, 2020 in Washington.

The investigation has proceeded alongside a parallel effort by Senate Republicans to discredit the Russia probe and as Attorney General William Barr has escalated his own criticism of the FBI's probe. Documents released in recent months have called into question the reliability of information the FBI relied on, particularly from a dossier of Democratic-funded research, as the agency applied for applications to surveil Page.

Durham, the U.S. attorney for Connecticut, had no comment, a spokesman said. It remains unclear what additional charges, if any, Durham might bring, though he has been closely scrutinizing how intelligence agencies arrived at the conclusion that Russia had interfered in 2016 to benefit Trump. A Justice Department inspector general report that previously examined the FBI's actions found that the probe was opened for a valid reason but also identified significant errors in surveillance applications that targeted Page.

Justice Department policy directs prosecutors to not take investigative actions aimed at affecting an election, or that could advantage or disadvantage a candidate. But Barr has said he does not feel constrained by that policy in part because the presumptive Democratic presidential nominee, former Vice President Joe Biden, is not a target of Durham's investigation. That means additional findings from Durham could be released in the coming weeks.

Clinesmith was referred for potential prosecution by the department's inspector general's office, which conducted its own review of the Russia investigation.

Specifically, the inspector general accused Clinesmith, though not by name, of altering an email to say that Page was “not a source” for another government agency. He forwarded that information to an FBI supervisory special agent who relied on it as the bureau submitted a third and final renewal application to eavesdrop on Page under the Foreign Intelligence Surveillance Act.

Page has said publicly that he was a source for the CIA, a relationship that was seen as important to disclose to the FISA court, especially if Page was actually being tasked by the U.S. government to have interactions with Russians.

The charging document largely mirrors the allegations from the watchdog report. It says that after a representative from an unidentified government agency, presumably the CIA, sent Clinesmith information about Page's relationship with the agency, Clinesmith altered the email he had received by adding the words “and not a source.”

Clinesmith told the inspector general that he had not actually understood Page to be a source, or “recruited asset,” for another government agency.

“Kevin deeply regrets having altered the email," Shur said. “It was never his intent to mislead the court or his colleagues, as he believed the information he relayed was accurate, but Kevin understands what he did was wrong and accepts responsibility.”

Durham is a veteran prosecutor with a history of special assignments from Washington, including leading a Justice Department investigation into the CIA's harsh interrogation techniques of terror suspects and the destruction of videotapes documenting those interrogations.

Barr appointed Durham just weeks after special counsel Robert Mueller concluded his nearly two-year investigation. Mueller found significant contacts during the 2016 campaign between Russians and Trump associates but did not allege a criminal conspiracy between them.

Mueller also examined multiple episodes in which Trump sought to affect or choke off the Russia investigation, but he did not reach a conclusion on whether Trump had obstructed justice.

Barr quickly signaled his skepticism with the Russia investigation, concluding that Trump had not obstructed justice even though Mueller had pointedly left that question unresolved.

More recently, Barr stepped in to dismiss the criminal case against former Trump administration national security adviser Michael Flynn even though Flynn had pleaded guilty to lying to the FBI, and Barr overruled prosecutors to seek a lighter prison term for Trump confidant Roger Stone. An appeal of the Flynn dismissal decision is now before a federal appeals court, and Trump commuted Stone's sentence last month.