The words "manpower" and "manhole" will become "workforce" and "maintenance hole." 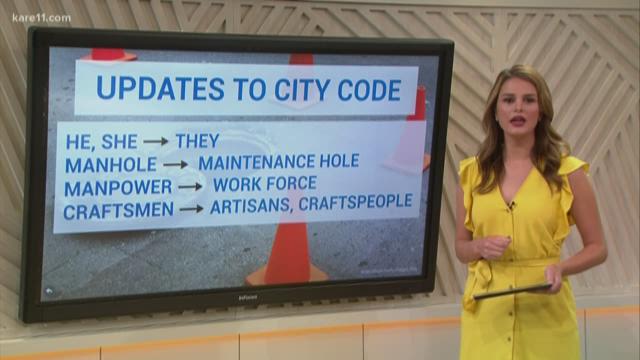 BERKELEY, Calif. (AP) — Berkeley, California, has adopted an ordinance to replace some terms with gender-neutral words in the city code.

The San Francisco Chronicle reports Wednesday that "she" and "he" will be replaced by "they." The words "manpower" and "manhole" will become "workforce" and "maintenance hole."

The City Council on Tuesday unanimously passed the measure to replace more than two dozen commonly used terms. There will be no more "craftsmen" in city code, only "craftspeople" or "artisans."

Berkeley has a long history of leading on politically and socially liberal issues.

The sponsor of the ordinance is councilman Rigel Robinson, a 23-year-old recent graduate of the University of California, Berkeley. He says his time in college expanded his awareness of gender issues.