Her granddaughter described the scene in the viral video as 'beauty from the ashes.' 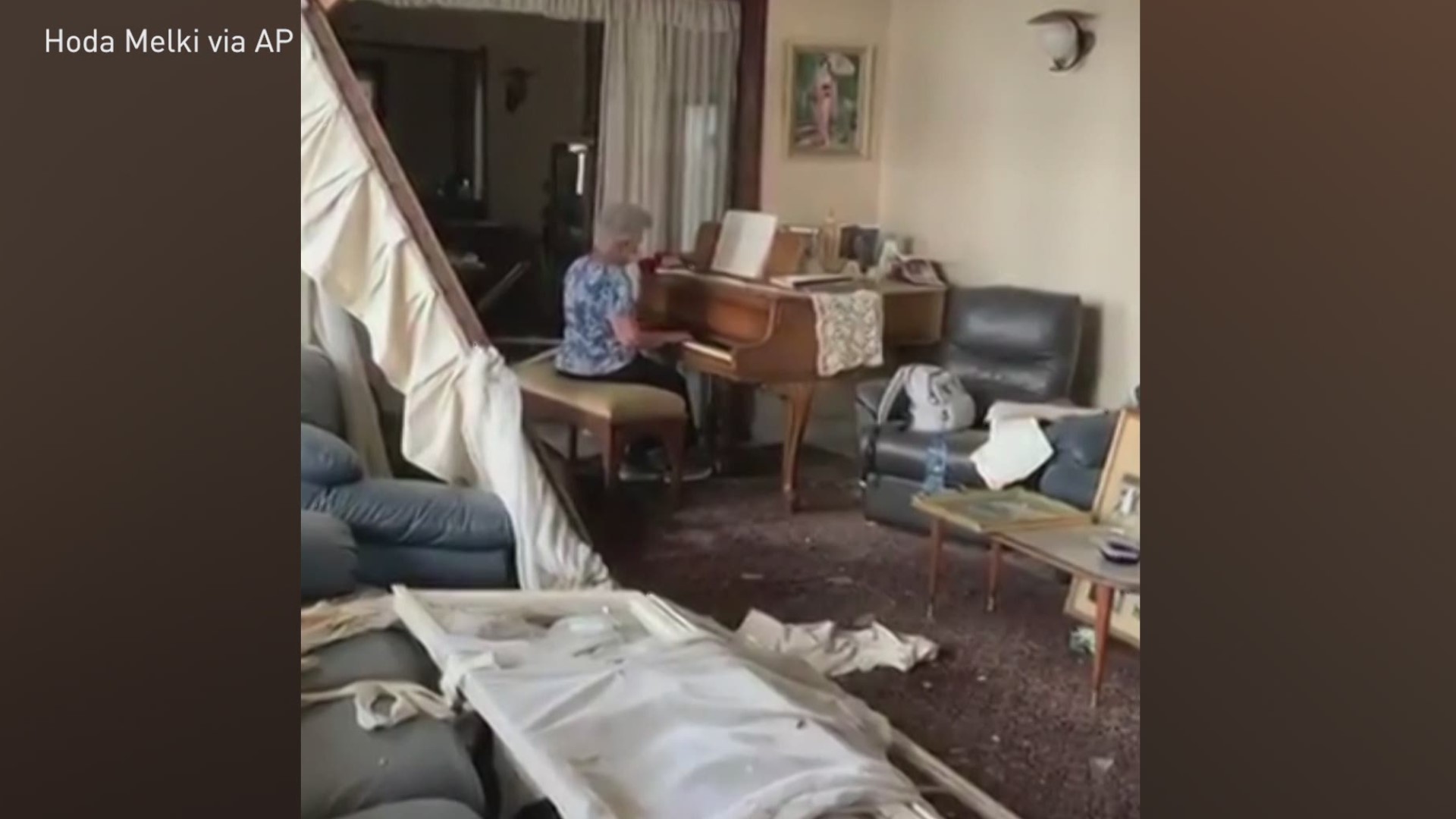 One day after an explosion devastated Lebanon's capital, Beirut resident May Abboud Melki returned to her apartment and while surrounded by debris she played "Auld Lang Syne" for her family on a piano in her home.

Her granddaughter, May-Lee Melki, shared the video of the emotional moment on social media and it quickly went viral. As of Friday morning, it has been shared more than 29,000 times on Facebook.

The video shows the extensive damaged caused to the woman's apartment, with broken glass and debris scattered all around the room.

May Abboud Melki and her husband were thankfully not home at the time of Tuesday's massive explosion that killed at least 135 and injured 5,000, May-Lee Meliki told CNN.

When her grandmother returned home on Wednesday she went right to her piano, which was a wedding present she had received from her father.

Her granddaughter described the moment as "beauty from the ashes."

The blast Tuesday appeared to have been caused by an accidental fire that ignited a warehouse full of ammonium nitrate at the Beirut's port.

It was the biggest explosion ever seen in the city, which was split in half during the 1975-1990 civil war and has a long history of bombings and terror attacks. Authorities estimate that 300,000 people were initially left homeless — about 12% of the city's population — and that the city will need $10 billion to $15 billion to rebuild. The blast also obliterated the main port of a tiny country that relies on imports, and shredded a towering silo that had held an estimated 85% of Lebanon's grain.