Hawaii has had among the lowest rates of confirmed coronavirus infections in the U.S. due in part to its strict protocols. 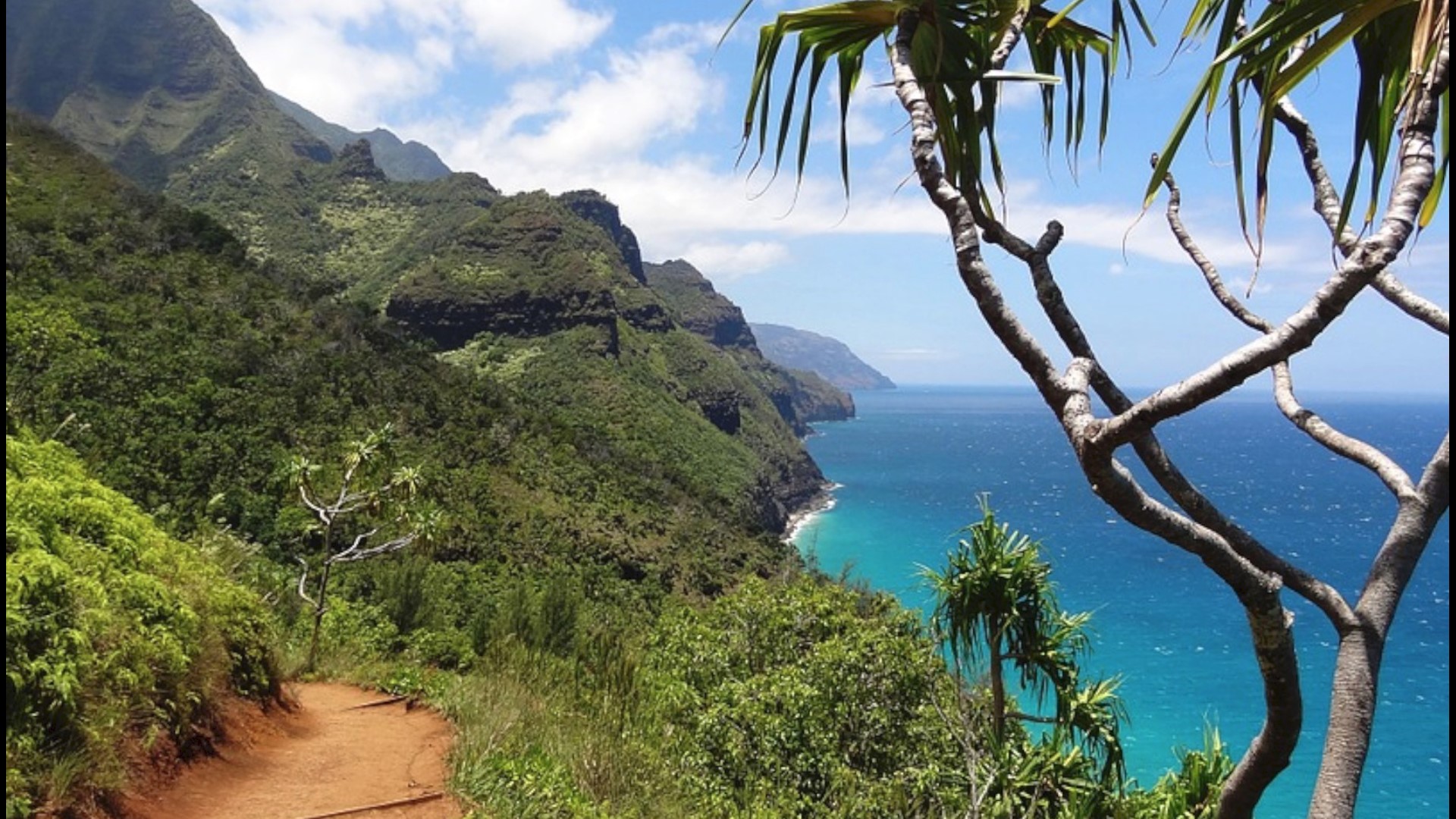 HONOLULU — Tourists are traveling to Hawaii in larger numbers than officials anticipated, and many are wandering around Waikiki without masks, despite a statewide mandate to wear them in public.

Hawaii's “Safe Travels” program reported that about 28,000 people flew into and throughout the islands on Saturday, the highest number of travelers in a single day since the pandemic began, the Honolulu Star-Advertiser reported Monday.

Before the pandemic, Hawaii had about 30,000 arrivals daily. When quarantine rules were put in place early in the pandemic, arrivals plummeted and the state's tourism-dependent economy tanked.

In October, state officials launched a pre-travel testing program that allowed visitors to sidestep quarantine rules. But travel remained sluggish until the second week in March, when spring break tourists started arriving in the islands.

“We haven’t seen travel demand for Hawaii this strong for over a year,” Richards said. “I thought we would have a U-shaped recovery; it’s V-shaped. January and February were terrible, but we’ve gone from zero to 150 mph in two weeks.”

RELATED: Will you soon need a 'vaccine passport' to travel?

Hawaii News Now reported that officials are receiving complaints about visitors not wearing masks. With a few exceptions, people in Hawaii are still required to wear masks while in public.

“I’m a believer that if you’re outdoors, you can remove it,” said Glenn Day, a visitor from Indiana.

Visitors said rules in their home states are different than those in place in Hawaii.

“We carry our masks around and if we walk into an establishment we’ll wear one, and if people look like they’re uncomfortable with us around, we’ll put one on. But otherwise, like I said where we come from, people are really not required to wear them,” Wisconsin visitor Larry Dopke said.

“I’m not wearing one right now, I’m outdoors,” said Todd Hasley who was visiting from Idaho. “Boise city has an indoor mask mandate. The rest of the state has a mask recommendation.”

Some lawmakers expressed concern about a possible backlash from residents.

Such a reaction could hinder economic recovery.

“Pushing back against tourism is the same thing as telling your neighbor they shouldn’t have a job,” said Carl Bonham, executive director of the University of Hawaii's Economic Research Organization.

Hawaii requires all visitors and returning residents to get negative pre-travel COVID-19 tests before flying to the state to be exempt from the 10-day quarantine rule.

The island of Kauai has additional measures that will be in place until April 5. All visitors to Kauai must either spend three days on another island or quarantine at a county-approved resort for three days and then get second, post-arrival tests.

Violating the state's coronavirus mandates, which are outlined in Hawaii Gov. David Ige's latest emergency proclamation, is a misdemeanor that is punishable by up to a $5,000 fine, a year in prison, or both.

Each island county's police are responsible for enforcing the rules. Messages from The Associated Press seeking comment from the Honolulu Police Department regarding enforcement of mask rules in Waikiki was not immediately returned.

Tim Sakahara, a spokesman for Honolulu Mayor Rick Blangiardi, said in an email that the city recently put up banners throughout Waikiki reminding people to wear masks and remain socially distanced.

“These banners provide a tool to help Honolulu Police officers do their jobs in gaining compliance with COVID-19 rules,” Sakahara said. “The majority of residents and visitors are compliant with the rule or are cooperative when informed of it.”

However, some residents have also opposed wearing masks. Two people were arrested and two others were cited during a weekend anti-mask rally in Waikiki.

Hawaii has had among the lowest rates of confirmed coronavirus infections in the U.S.