Anger against the U.S. was rooted in the 1953 CIA-engineered coup that toppled Iran's elected prime minister and cemented the power of Shah Mohammad Reza Pahlavi. 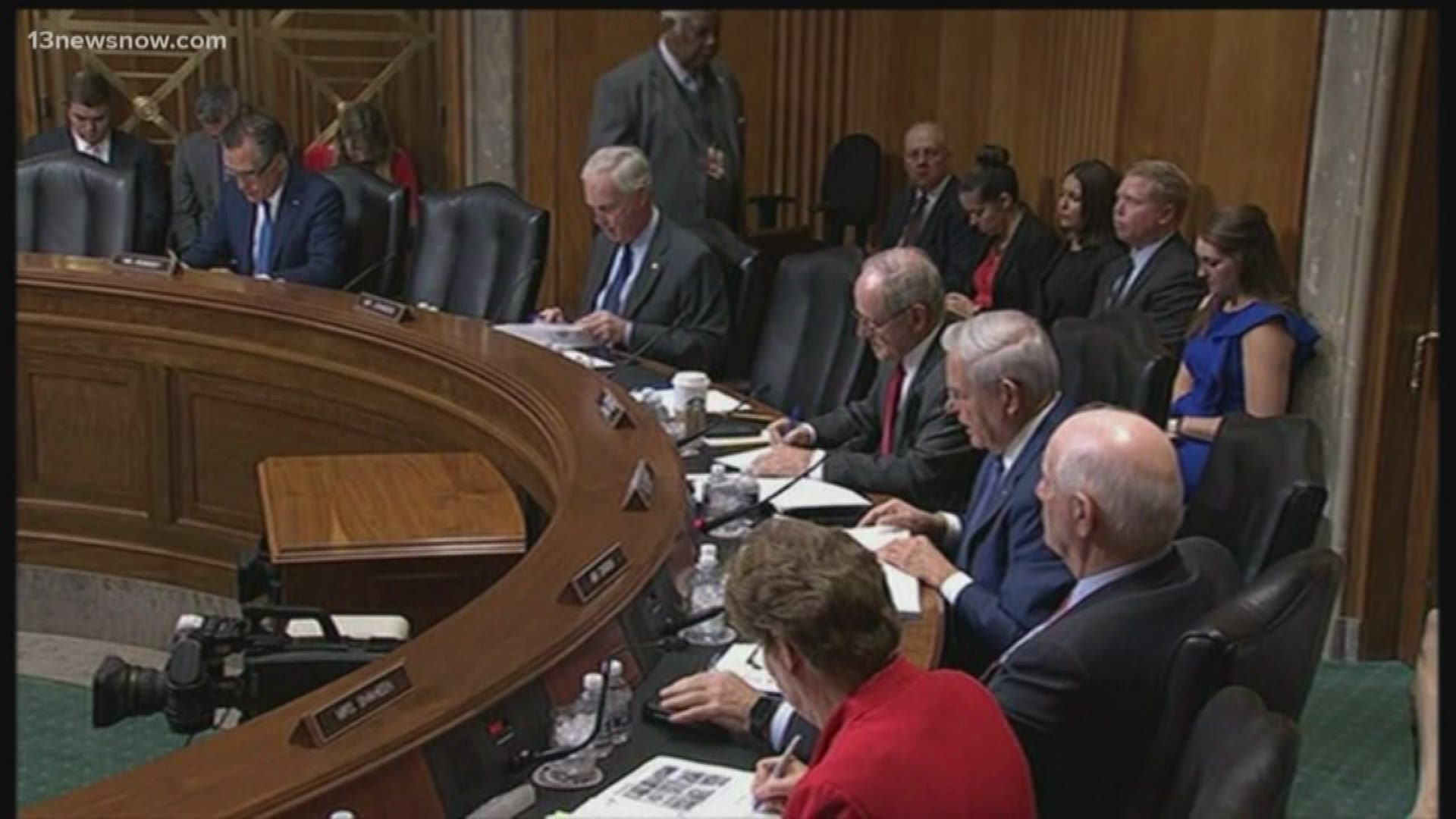 WASHINGTON — His revolutionary fervor diminished by the years that have also turned his dark brown hair white, one of the Iranian student leaders of the 1979 U.S. Embassy takeover says he now regrets the seizure of the diplomatic compound and the 444-day hostage crisis that followed.

Speaking to The Associated Press ahead of Monday's 40th anniversary of the attack, Ebrahim Asgharzadeh acknowledged that the repercussions of the crisis still reverberate as tensions remain high between the U.S. and Iran over Tehran's collapsing nuclear deal with world powers.

Asgharzadeh cautioned others against following in his footsteps, despite the takeover becoming enshrined in hard-line mythology. He also disputed a revisionist history now being offered by supporters of Iran's Revolutionary Guard that they directed the attack, insisting all the blame rested with the Islamist students who let the crisis spin out of control.

"Like Jesus Christ, I bear all the sins on my shoulders," Asgharzadeh said.

At the time, what led to the 1979 takeover remained obscure to Americans who for months could only watch in horror as TV newscasts showed Iranian protests at the embassy. Popular anger against the U.S. was rooted in the 1953 CIA-engineered coup that toppled Iran's elected prime minister and cemented the power of Shah Mohammad Reza Pahlavi.

The shah, dying from cancer, fled Iran in February 1979, paving the way for its Islamic Revolution. But for months, Iran faced widespread unrest ranging from separatist attacks, worker revolts and internal power struggles. Police reported for work but not for duty, allowing chaos like Marxist students briefly seizing the U.S. Embassy.

In this power vacuum, then-President Jimmy Carter allowed the shah to seek medical treatment in New York. That lit the fuse for the Nov. 4, 1979, takeover, though at first the Islamist students argued over which embassy to seize. A student leader named Mahmoud Ahmadinejad, who later became president in 2005, argued they should seize the Soviet Embassy compound in Tehran as leftists had caused political chaos.

But the students settled on the U.S. Embassy, hoping to pressure Carter to send the shah back to Iran to stand trial on corruption charges. Asgharzadeh, then a 23-year-old engineering student, remembers friends going to Tehran's Grand Bazaar to buy a bolt cutter, a popular tool used by criminals, and the salesman saying: "You do not look like thieves! You certainly want to open up the U.S. Embassy door with it!"

"The society was ready for it to happen. Everything happened so fast," Asgharzadeh said. "We cut off the chains on the embassy's gate. Some of us climbed up the walls and we occupied the embassy compound very fast."

Like other former students, Asgharzadeh said the plan had been simply to stage a sit-in. But the situation soon spun out of their control. Ayatollah Ruhollah Khomeini, the long-exiled Shiite cleric whose return to Iran sparked the revolution, gave his support to the takeover. He would use that popular angler to expand the Islamists' power.

"We, the students, take responsibility for the first 48 hours of the takeover," Asgharzadeh said. "Later, it was out of our hands since the late Supreme Leader Ayatollah Ruhollah Khomeini and the establishment supported it."

He added: "Our plan was one of students, unprofessional and temporary."

As time went on, it slowly dawned on the naive students that Americans as a whole wouldn't join their revolution. While a rescue attempt by the U.S. military would fail and Carter would lose to Ronald Reagan amid the crisis, the U.S. as whole expressed worry about the hostages by displaying yellow ribbons and counting the days of their captivity.

As the months passed, things only got worse. Asgharzadeh said he thought it would end once the shah left America or later with his death in Egypt in July 1980. It didn't.

Credit: AP
FILE - In this Nov. 5, 1979, file photo, Ebrahim Asgharzadeh, left, a representative of the Iranian students who stormed the U.S. Embassy on Nov. 4, holds up a portrait of one of the blindfolded hostages, during a news conference in the embassy in Tehran. Posters of the Islamic Revolution leader Ayatollah Ruhollah Khomeini adorn the wall. The man at right is unidentified. Speaking to The Associated Press ahead of the 40th anniversary of the attack, Asgharzadeh acknowledged that the repercussions of the crisis still reverberate as tensions remain high between the U.S. and Iran over Tehran’s collapsing nuclear deal with world powers. (AP Photo/File)

RELATED: Threat to US elections in 2020 is not limited to Russia

"A few months after the takeover, it appeared to be turning into a rotten fruit hanging down from a tree and no one had the courage to take it down and resolve the matter," he said. "There was a lot of public opinion support behind the move in the society. The society felt it had slapped America, a superpower, on the mouth and people believed that the takeover proved to America that their democratic revolution had been stabilized."

It hadn't, though. The eight-year Iran-Iraq War would break out during the crisis. The hostage crisis and later the war boosted the position of hard-liners who sought strict implementation of their version of Islamic beliefs.

Seizing or attacking diplomatic posts remains a tactic of Iranian hard-liners to this day. A mob stormed the British Embassy in Tehran in 2011, while another attacked diplomatic posts of Saudi Arabia in 2016, which led to diplomatic ties being cut between Tehran and Riyadh.

However, Asgharzadeh denied that Iran's then-nascent Revolutionary Guard directed the U.S. Embassy takeover, although he said it was informed before the attack over fears that security forces would storm the compound and retake it. Many at the time believed the shah would launch a coup, like in 1953, to regain power.

"In a very limited way, we informed one of the Guard's units and they accepted to protect the embassy from outside," Asgharzadeh said. "The claim (by hard-liners) on the Guard's role lacks credit. I am the main narrator of the incident and I am still alive."

In the years since, Asgharzadeh has become a reformist politician and served prison time for his views. He has argued that Iran should work toward improving ties with the U.S., a difficult task amid President Donald Trump's maximalist campaign against Tehran.

"It is too difficult to say when the relations between Tehran and Washington can be restored," Asgharzadeh said. "I do not see any prospect."