Jennifer Lopez, dressed all in white, worked part of her 1999 hit "Let's Get Loud" into her performance during the inauguration ceremony. 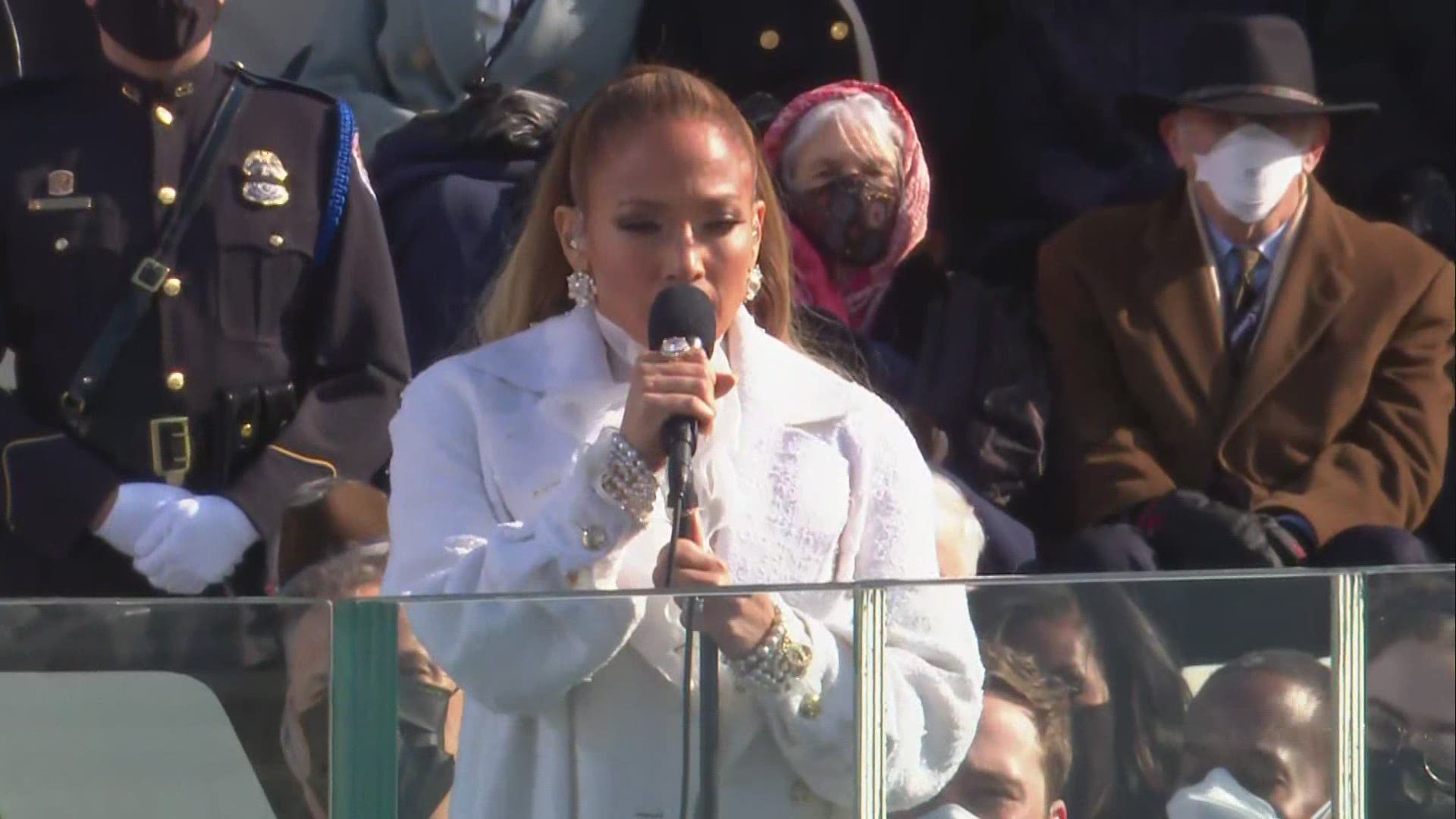 Singer, actress and Latin entertainment icon Jennifer Lopez belted out a rendition of "This Land Is Your Land" and "America the Beautiful" during the inauguration ceremony on Wednesday.

Lopez, dressed all in white, worked part of her 1999 hit "Let's Get Loud" into her performance, while switching from one song to the next.

She also delivered a message in Spanish saying, "One nation, under God, indivisible, with liberty and justice for all."

Woodrow Wilson Guthrie first recorded "This Land is Your Land" in 1944 in New York, which has been called an alternative to the national anthem, NPR reported. He wrote the song in 1940.

Guthrie grew up in Oklahoma listening to church hymns, blues and outlaw ballads and released the famous song in 1951. As NPR reported, Guthrie was a musician and activist and was known to have visited many parts of the U.S. traveling to becoming inspired and get away from troubles.

Woodrow Wilson Guthrie died on this day in 1967. We are honored to be the caretakers of his legacy here at the WGC and we look forward to sharing Woody’s work with you when you visit Tulsa. pic.twitter.com/3wACXFBJ7V

Lady Gaga kicked off the Inauguration Day performances singing the national anthem on the West Front of the Capitol, just before Lopez's performance. Garth Brooks sang “Amazing Grace." The country music star paused during his singing to ask the audience in attendance and at home to sing along to the last verse.

Lopez's husband and former professional baseball player Alex Rodriguez retweeted a video from Chrissy Teigen Wednesday as she spotted Lopez and Rodriguez heading to the Capitol to perform on the inauguration stage. 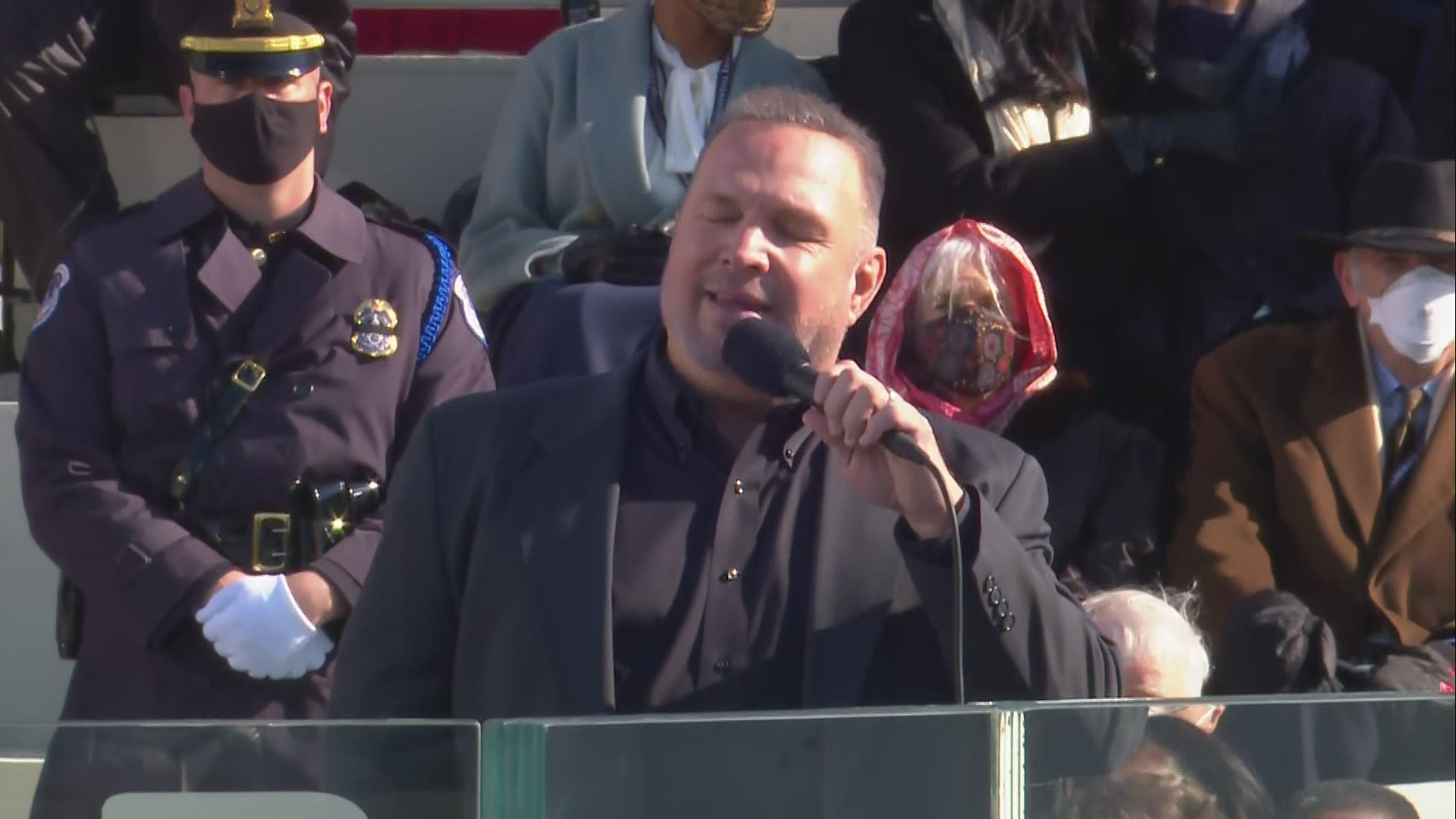