Journalists posted photos and videos Friday showing police detaining them while checking their credentials, and in at least one case spraying chemical irritants. 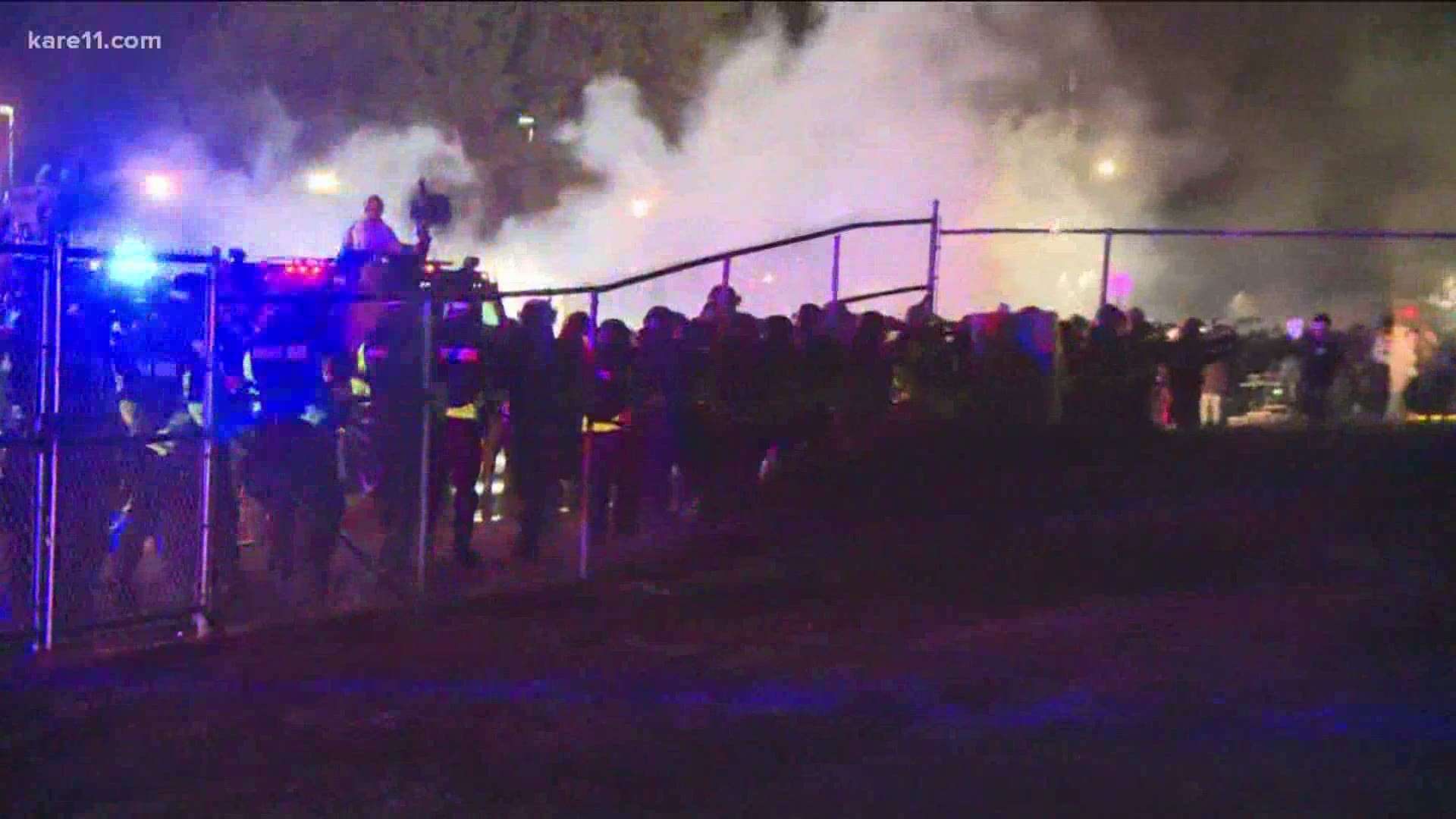 Some journalists covering protests over the police fatal shooting of Daunte Wright, a 20-year-old Black man, in suburban Minneapolis say officers have harassed and assaulted them despite a federal order to leave them alone.

U.S. District Judge Wilhelmina Wright issued a temporary restraining order Friday prohibiting police at the protests in Brooklyn Center from arresting journalists or using force against them, including flash-bang grenades, nonlethal projectiles, pepper spray and batons, unless they know the person committed a crime

The order also prohibits police from forcing reporters to disperse along with the rest of the crowd and from seizing their equipment.

But USA Today videographer Jasper Colt tweeted that he and other reporters were forced to lie on their stomachs Friday evening while police photographed them and their credentials before letting them leave.

“We condemn the actions of the police in Brooklyn Center in the strongest possible terms,” USA Today Publisher Maribel Perez Wadsworth said in an email to The Associated Press on Saturday. “Requiring journalists to lie prone on the ground and photographing their credentials are purposeful intimidation tactics. To be clear, we will not be intimidated or deterred in fulfilling our First Amendment right and responsibility to hold power to account in our reporting.”

Freelance photographer Tim Evans told the AP that officers surrounded protesters after a 10 p.m. curfew passed. They charged into the crowd and started pepper-spraying and tackling people, he said.

Evans said one officer punched him in the face and tore off his credentials, forced him onto his stomach and pressed a knee into his back.

“I was yelling ‘press.’ He said he didn’t care and to shut the (expletive) up,” Evans said.

Evans said another officer came over and smashed his head into the ground. He was zip-tied before a third officer freed him and let him leave.

“I’m extremely upset,” Evans said. “I felt like they were targeting the press in general. I’m out there doing what I’m doing because I have such strong convictions about the importance of this work.”

Other journalists posted photos and videos online showing police detaining them while checking their credentials, and in at least one case spraying chemical irritants.

“We are extremely troubled by how the media is being treated and have repeatedly shared those concerns with the authorities,” said Suki Dardarian, senior managing editor and vice president at the Minneapolis Star-Tribune.

Scott Wasserman, a spokesman for the Minnesota Department of Public Safety, said 136 people were arrested during Friday night’s protests. None were journalists, he said. He didn’t respond to a follow-up message asking if officers harassed or assaulted any reporters.

Walker provided a summary of the call to multiple media outlets, saying that the officials apologized for how reporters were treated and don't want attacks on journalists to be part of the story. She added that they have “embraced” the restraining order and police didn't plan to photograph reporters at Saturday night's protests.

The protests began Sunday after Brooklyn Center Police Officer Kim Potter shot Wright during a traffic stop. The police chief said Potter, who is white, meant to use her stun gun but somehow drew her pistol instead. The chief and Potter resigned soon after, and Potter has been charged with second-degree manslaughter.

Demonstrators have gathered outside the Brooklyn Center police station every night since the shooting, frequently throwing water bottles and other objects at police behind a protective fence.

Officers have responded with tear gas, rubber bullets and other projectiles at times, and have usually marched in lines to clear the area after curfew or after some protesters approached or sought to damage the fence.

Their tactics have drawn criticism from Brooklyn Center Mayor Mike Elliott, who is Black, and other elected officials around the Twin Cities.