A national day of mourning commemorates the first anniversary of the explosion that killed at least 214 people, according to official records, and injured thousands. 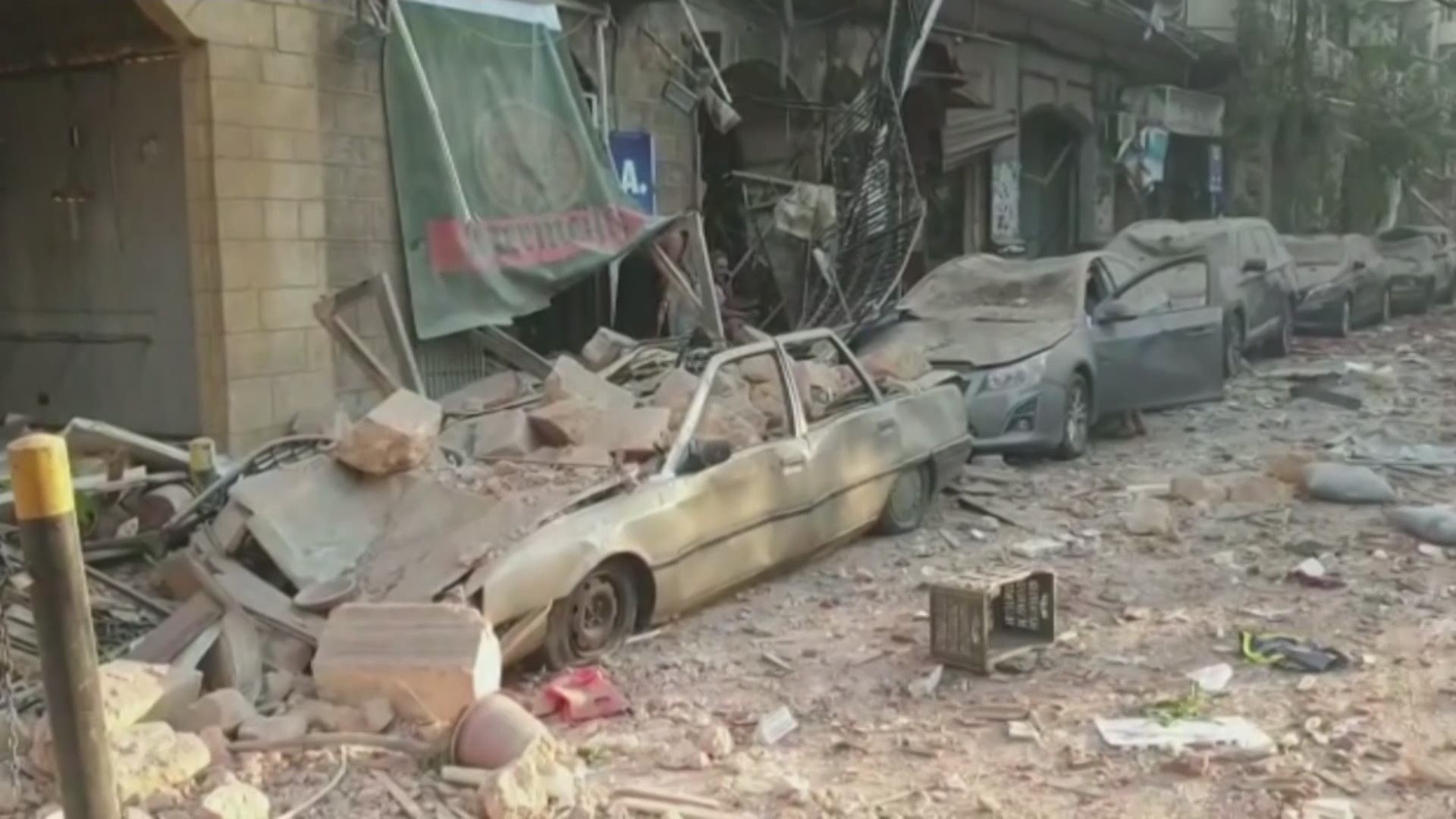 Banks, businesses and government offices were shuttered Wednesday as Lebanon marks one year since the horrific explosion at the port of Beirut with a national day of mourning.

The grim anniversary comes amid an unprecedented economic and financial meltdown, and a political stalemate that has kept the country without a functioning government for a full year. United in grief and anger, families of the victims and other Lebanese were planning prayers and protests later in the day.

The explosion killed at least 214 people, according to official records, and injured thousands.

The blast was one of the largest non-nuclear explosions in history — the result of hundreds of tons of ammonium nitrate igniting after a fire broke out. The explosion tore through the city with such force it caused a tremor across the entire country that was heard and felt as far away as the Mediterranean island of Cyprus more than 200 kilometers (180 miles) away.

It soon emerged in documents that the highly combustible nitrates had been haphazardly stored at the port since 2014 and that multiple high-level officials over the years knew of its presence and did nothing.

A year later, there has been no accountability, and the investigation has yet to answer questions such as who ordered the shipment of the chemicals and why officials ignored repeated internal warnings of their danger.

Credit: AP
People pass next of a justice symbol monument that sits in front of towering grain silos gutted in the massive August 2020 explosion at the Beirut port that claimed the lives of more than 200 people, in Beirut, Lebanon, Wednesday, Aug. 4, 2021. A year after the deadly blast, families of the victims are consumed with winning justice for their loved ones and punishing Lebanon's political elite, blamed for causing the disaster through their corruption and neglect. (AP Photo/Hussein Malla)

Families of the victims planned a memorial and prayers at the still wrecked site of the blast at Beirut port later in the day. Mass protests were also expected. A huge metal gavel with the words “Act for Justice” was placed on a wall opposite the port with its shredded grain silos, near the words “My government did this” scrawled in black.

Flags flew at half-staff over government institutions and embassies and even medical labs and COVID-19 vaccination centers were closed to mark the day. Reflecting the raw anger at the country's ruling class, posters were hung on the facade of defaced buildings across from the port.

“Here starts your end and our beginning,” read one poster that took up the space of five floors of a high-rise. “Hostages of a murderous state,” read another.

In an extensive investigative report about the blast, Human Rights Watch on Tuesday called for an international probe into the port blast, accusing Lebanese authorities of trying to thwart the investigation.

HRW said a lack of judicial independence, constitution-imposed immunity for high-level officials and a range of procedural and systemic flaws in the domestic investigation rendered it “incapable of credibly delivering justice.”

The explosion - which destroyed and damaged thousands of homes and businesses - and the lack of accountability, have added to tensions and anguish in a country reeling from multiple other crises, including an economic unraveling so severe it has been described by the World Bank as one of the worst in the last 150 years.

The crisis has led to a dramatic currency crash and hyperinflation, plunging more than half the country’s population below the poverty line.