Brooke Nevils' identity was kept private by NBC at her request, but she's now gone public after an interview with author Ronan Farrow. 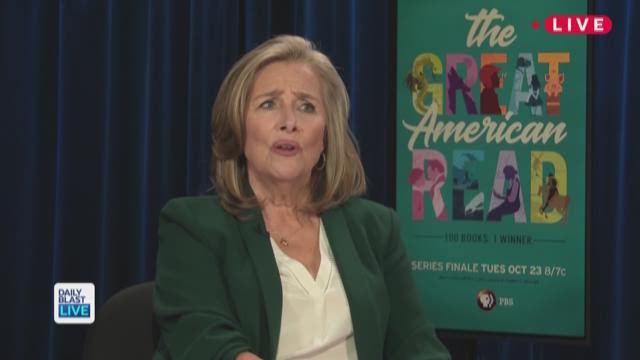 Two years after Matt Lauer was fired from NBC's "TODAY" show, a former NBC News employee has alleged that Lauer raped her in 2014. The allegations were revealed in Ronan Farrow's new book, "Catch and Kill."

Brooke Nevils' identity was kept private by NBC News at her request after Lauer was fired from "TODAY" for sexual misconduct in 2017. Now, she's made her identity public in an interview with Farrow.

Variety obtained a copy of the book, where Nevils says Lauer raped her in his hotel room in 2014, during the network's coverage of the Sochi Olympics. Nevils said she was in Sochi at the time to work with "TODAY" co-anchor Meredith Vieira when the assault occured.

In her account, Nevils said Lauer joined her and Vieira for drinks one night at the hotel bar where the NBC News team was staying. Nevils tells Farrow that Lauer later invited her to his hotel room.

"She declined several times," Farrow wrote, according to the report. Lauer then "just did it," Farrow writes.

Lauer and Nevils had more sexual encounters once they returned to New York. Farrow writes that Nevils was terrified about the control Lauer had over her career, according to Variety.

Lauer responded to the allegations Wednesday in an open letter provided to Variety and Insider. In his letter, Lauer says the encounter was consensual.

"There was absolutely nothing aggressive about that encounter" Brooke did not do or say anything to object. She certainly did not cry. She was a fully enthusiastic and willing partner. At no time did she behave in a way that made it appear she was incapable of consent," he wrote.

In 2017, after the #MeToo movement gained momentum with the downfall of Hollywood's Harvey Weinstein, Nevils came forward and told Vieira about the encounter in Sochi. According to the book, Vieira urged Nevils to go to NBC Universal human resources with a lawyer. Lauer was fired shortly after.

According to Variety, Farrow writes Nevils left NBC in 2018. She said the network suggested she tell people she left to pursue other endeavors.

"This is shocking and appalling," Guthrie said. "I don't even know what to say about it. We support her and any women who come forward with claims."

NBC News also said in a statement on "TODAY:" "Matt Lauer's conduct was appalling, horrific and reprehensible, as we said at the time. That's why he was fired within 24 hours of us first learning of the complaint. Our hearts break again for our colleague."

NBC News said they reached out to Lauer, but representatives did not immediately respond.