The film is based on the book "I Heard You Paint Houses" by Charles Brandt and is about the infamous disappearance of Jimmy Hoffa. 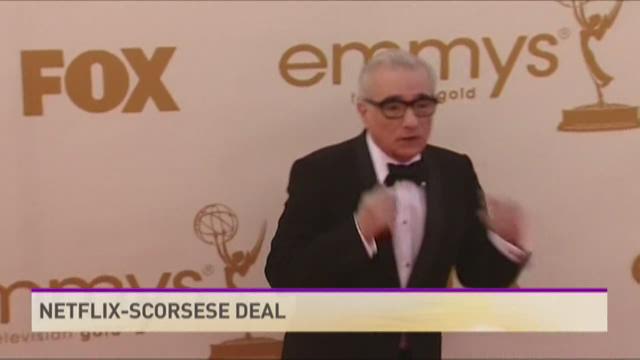 The first trailer for Martin Scorsese's mob drama "The Irishman" is finally here. Robert de Niro and Joe Pesci, long-time collaborators of Scorsese, star in the film. Al Pacino, who has never worked with the director before, will also be in the film.

The film is based on the book "I Heard You Paint Houses" by Charls Brandt, and is about the infamous disappearance of Jimmy Hoffa. Hoffa, played by Pacino, was a teamsters union president who vanished in Detroit in 1975. De Niro plays Frank Sheeran, a mob hitman and Pesci plays Russell "McGee" Bufalino, the crime boss of the Pennsylvania Bufalinos.

The film spans several decades of Hoffa's life, and the trailer features a younger looking De Niro, aged down with visual effects technology. Scorsese discussed the use of de-aging technology on an interview with the A 24 podcast. In the interview, he discussed his concerns with the CGI "youthification" of the actors.

"Why I'm concerned, we're all concerned is that we're so used to watching them as the older faces," he said. "Now, certain shots need more work on the eyes, need more work on why these exactly the same eyes from the plate shot, but the wrinkles and things have changed. Does it change the eyes at all? If that's the case, what was in the eyes that I liked? Was it intensity? Was it gravitas? Was it threat? "

RELATED: Ahead of 'The Irishman,' Scorsese and De Niro look back

Scorsese's film will be available on Netflix this fall. The streaming company is also planning a robust awards season push for the film, and will be releasing the film in select theaters. It's unclear how widely released the film will be, as many major theater chains have refused to play films that don't adhere to an exclusive theatrical release window.

In an interview with The Associated Press in June , Scorsese said Netflix was the only one willing to bankroll the ambitious film.

"No one else did. No one else did," said Scorsese, who also turned to Netflix for his Bob Dylan documentary "Rolling Thunder Revue: A Bob Dylan Story by Martin Scorsese." ''We decided to make it with the understanding that it'll maybe never be shown in theaters. They said, 'You would have a time in theaters' — a few weeks or whatever. I said fine. The idea was to make the movie, you see."

The film will also premiere as the opening night film at the 57th New York Film Festival a Lincoln Center on September 27.

New York Film Festival Director Kent Jones, a frequent collaborator with Scorsese, said in a statement that "The Irishman" is "the work of masters, made with a command of the art of cinema that I've seen very rarely in my lifetime, and it plays out at a level of subtlety and human intimacy that truly stunned me."

Watch the trailer for "The Irishman" here: