The Democratic legislator spoke in New York for the first time since Trump again criticized her and three other minority Democratic congresswomen on Friday. 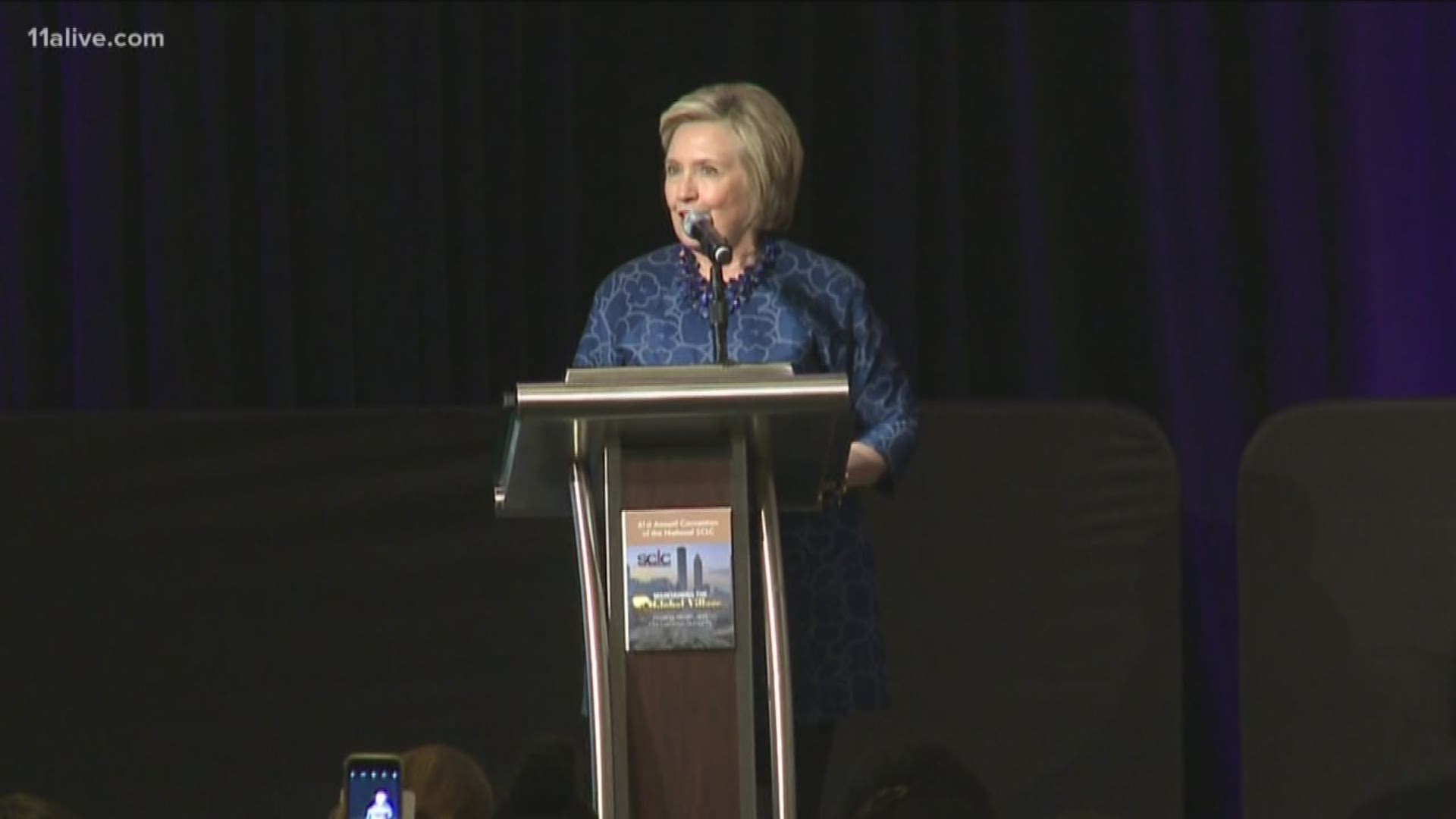 U.S. Rep. Alexandria Ocasio-Cortez told constituents on Saturday that President Donald Trump enjoyed hearing a crowd at his rally call for a U.S. congresswoman to return to the country where she was born.

The Democratic legislator spoke in New York for the first time since Trump again criticized her and three other minority Democratic congresswomen on Friday for saying what he called "horrible things" about the U.S. He suggested they leave, though all are U.S. citizens.

"We're going to stay right here, that's where we're going to go," Ocasio-Cortez shared her response to Trump's suggestion that American citizens "go back" with constituents at a Queens town hall on immigration issues. "We're not going anywhere."

U.S. Rep. Ilhan Omar of Minnesota, a naturalized U.S. citizen, came from civil war-torn Somalia as a child refugee. U.S. Rep. Ayanna Pressley of Massachusetts and U.S. Rep. Rashida Tlaib of Michigan and Ocasio-Cortez were born in the United States.

At Trump's North Carolina rally on Wednesday, the crowd chanted "Send her back!" about Omar.

Ocasio-Cortez rejected the president's claim he had tried to quiet them.

"He said, 'Oh I stopped it immediately,'" she said. "Roll the tape, he didn't; he kind of presided over the situation, he relished it, he took it in and he's doing this intentionally."

RELATED: Sen. Schumer: Trump's handling of 'send her back' chants was no John McCain moment

As seen on video footage, the president paused for about 13 seconds during the chanting before resuming his speech. On Friday, he called members of the rally crowd "incredible patriots."

Speaking to about 200 constituents at a school in Queens' Corona neighborhood, Ocasio-Cortez compared Trump's stance toward the four members of the House of Representatives to his attitude toward immigrants.

"Once you start telling American citizens to go back to your own countries, this tells you that this president's policies are not about immigration, it's about ethnicity and racism," the congresswoman said.

Trump tweeted at the four Congresswomen again Sunday morning, saying they should apologize to America.

"I don't believe the four Congresswomen are capable of loving our Country," he said in his tweet. "They should apologize to America (and Israel) for the horrible (hateful) things they have said. They are destroying the Democrat Party, but are weak & insecure people who can never destroy our great Nation!