Omar, Tlaib and Minnesota residents who have been impacted by travel restrictions spoke about the issue Monday in St. Paul. 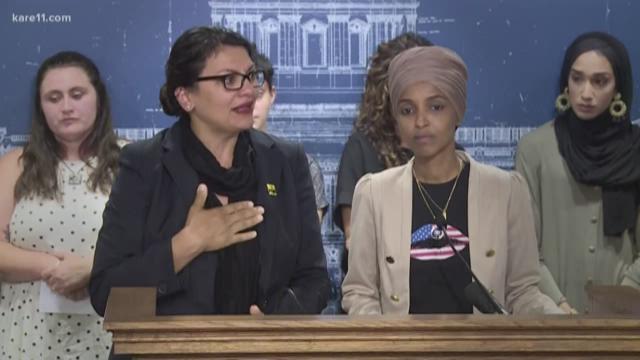 "The decisions to ban me and my colleague, the first two Muslim American women elected to Congress, is nothing less than an attempt by an ally of the United States to suppress our ability to do our jobs as elected officials," Rep. Omar told reporters at the State Capitol.

At the urging of President Donald Trump, Israel denied entry to Rep. Tlaib and Omar over their support for the Boycott-Divest-Sanction movement, or BDS, designed to pressure Israel into extending more rights to Palestinians.

"Through tears, at 3:00 in the morning, we all decided as a family that I could not go until I was a free, American, United States Congresswoman," Rep. Tlaib said when asked why she didn't accept to Israel's offer to visit her grandmother in Palestine.

"She said I'm her dream manifested. I’m her free bird, so would I come back and be caged and bow down, when my election rose her head up high, gave her dignity for the first time?"

They made their remarks at a packed press conference that quickly reached fire code capacity. State troopers turned away many Omar supporters at the door, who then watched C-Span's live coverage of the press conference on a monitor in the hallway.

Omar said the US government and State Department would normally go to bat for American citizens traveling abroad.

"Netanyahu’s decision to deny us entry might be unprecedented for members of Congress, but it is the policy of his government when it comes Palestinians."

The two freshman members have been outspoken critics of Trump and of Israel's treatment of the Palestinians, and of the Trump administrations restrictions on refugees from Muslim-dominated nations.

Reps. Omar and Tlaib were joined by several constituents who shared stories of being cut off from relatives in the Palestinian territories, or impacted in other ways by travel restrictions imposed by the US and Israel.

They were subjected to a series of racist tweets from Trump last month, in which he told them to "go back" to fix their "broken" countries. Both are U.S. citizens.

"Today we're here to highlight the human cost of the occupation and travel restrictions on Palestinians and others," Omar said. "As many of you know, I had planned to travel to Israel and Palestine to hear from individuals on the ground about the conflict so that I could be more informed as a member of Congress." 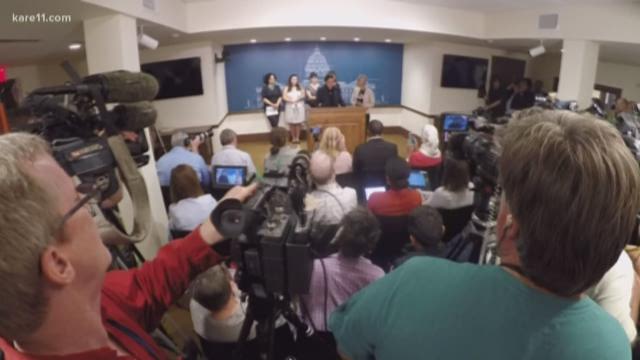