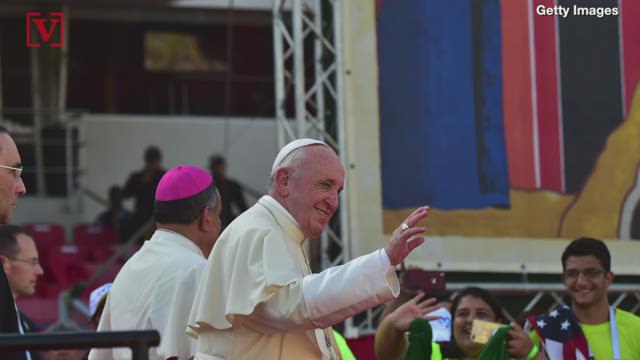 The New Orleans Saints got an unexpected — and probably unintentional — backer for their game at Jacksonville.

Pope Francis, the head of the Catholic Church, included the Saints' Twitter logo in a tweet Sunday morning — one New Orleans football fans took as a good omen for their team.

"Today we give thanks to the Lord for our new #Saints. They walked by faith and now we invoke their intercession," the Pope tweeted after canonizing five new saints at a mass at Vatican City.

The hashtag and capitalization of Saints added the Fleur de Lis, the emblem associated with the Saints and worn on the team's helmets.

People certainly noticed as one person wrote, "Who Dat, father?" At least one Saints player took the tweet as a good sign: "Wow, are we blessed or what?!??"

RELATED: Former Iowa Hawkeye on road to recovery with teammates by his side

RELATED: Kids light up in PSA that compares youth football dangers to smoking