With her move from Mississippi to New York, the floppy-eared puppy is the 100,000th homeless animal relocated by the ASPCA. 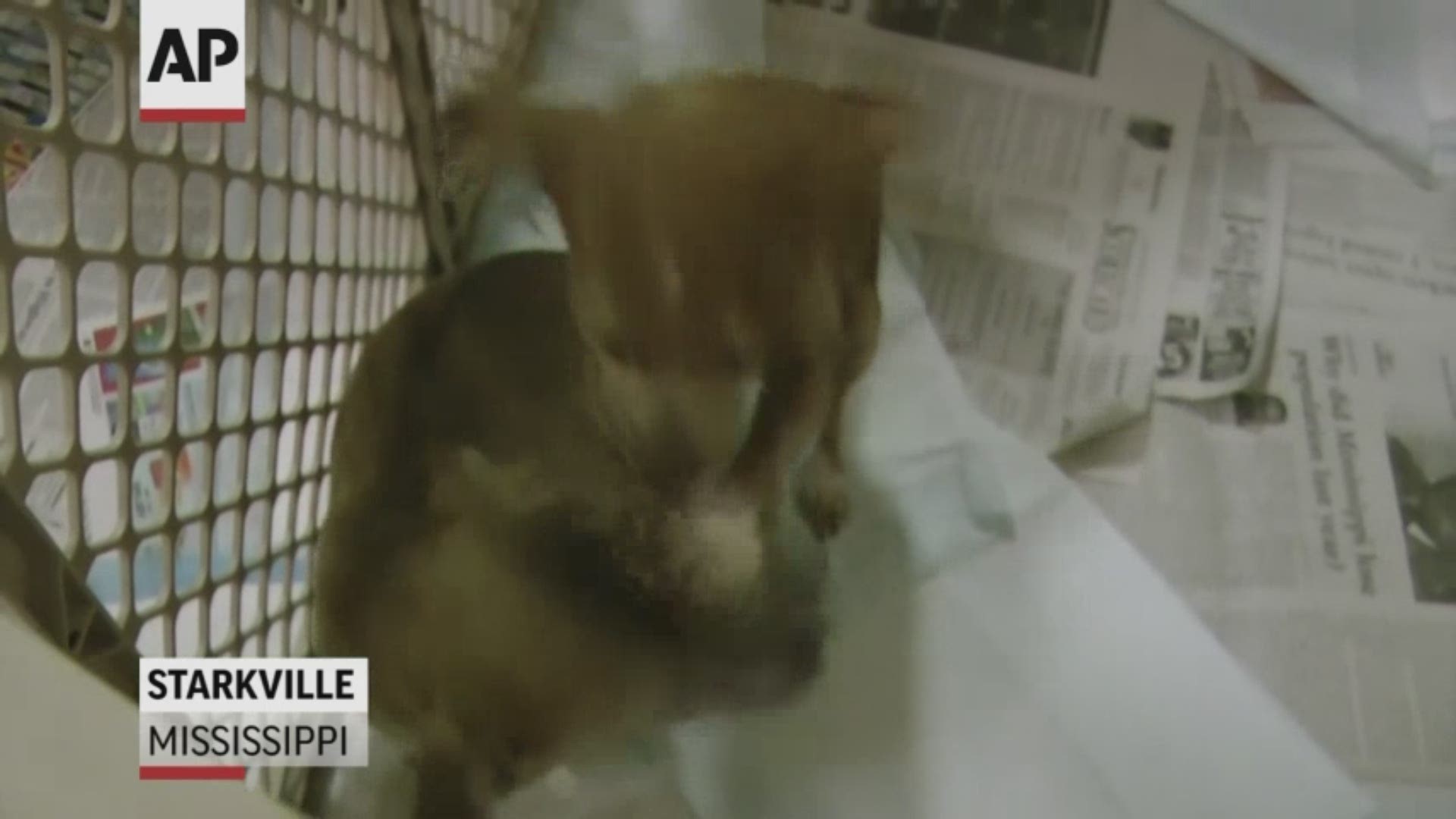 A floppy-eared puppy named Apple has a new home in New York, courtesy of an animal protection group and an overcrowded shelter in Mississippi.

Two weeks after being rescued from the streets of Starkville, Mississippi, Apple arrived in New York City on Thursday as the 100,000th homeless animal relocated by the American Society for the Prevention of Cruelty to Animals.

About 100 people cheered as a relocation van arrived in Manhattan. Apple rode north in a crate with Curry, a Chihuahua mix that was with her when she was found in Mississippi.

Apple is cute and workers doubt the brown, short-haired mutt with hints of a black mask will spend much time in her temporary home at an adoption center before finding a permanent home.

"Apple isn't going to be around very long," said Laura Nelson, director of relocation outreach for the nonprofit organization.

Similar to a program that rounded up and moved homeless animals after Hurricane Katrina devastated the Gulf Coast in 2005, the relocation effort began in 2014. It sends animals from areas with lots of strays or unwanted animals to areas where there's a large demand for rescue animals but a small supply.

In the West, the organization said, animals are typically relocated from Southern California to the Northwest; animals from Texas are sent as far north as the Great Lakes. A large number of animals come from the South, a fertile breeding ground for strays because of the verdant landscape and warm temperatures.

Credit: AP
Puppies Apple, left, and Curry tussle with a chew toy as they romp at ASPCA headquarters in New York, Thursday, April 4, 2019. The mixed-breed puppies have a new home in New York courtesy of the animal protection group and an overcrowded shelter in Mississippi. (AP Photo/Mark Lennihan)

Since many communities in places like Mississippi and Alabama lack funding for programs to spay or neuter lots of animals, the relocation program frequently moves animals from there to places including New York and New England, where stray populations aren't as large but demand for animals is huge.

Holding Apple in her lap, board member Michele Anderson of the Oktibbeha County Humane Society in Mississippi said the transportation program saves the lives of animals that otherwise could wind up being euthanized.

"Until aggressive spay and neuter programs actually make a dent in reducing the large number of unwanted and neglected animals in our community, animal relocation is the only life-saving option for many of our animals," Anderson said.

Apple and about two dozen other dogs made the 1,100-mile (1,770-kilometer) trip from Mississippi to New York over two days with an overnight stop in Virginia. They rode in a truck with a cargo area that includes individual crates, a climate control system and video monitoring.

Trisha Deaton, who has been driving a relocation truck for about a year, said the trips seem like an endless cycle, with so many homeless animals in some places and so much demand for animals in others.

"I couldn't give you an exact number, but I normally do about two a week," she said.

After a health check in New York, Apple and the 16 other dogs in her shipment will be put up for adoption. Any of them could get new names as they move to homes with new families, and that's fine with the workers and volunteers at the Mississippi shelter.

"We hope they get adopted quickly," Anderson said.