Omar is part of a congressional delegation marking the 400th anniversary of the first African slaves shipped to America. 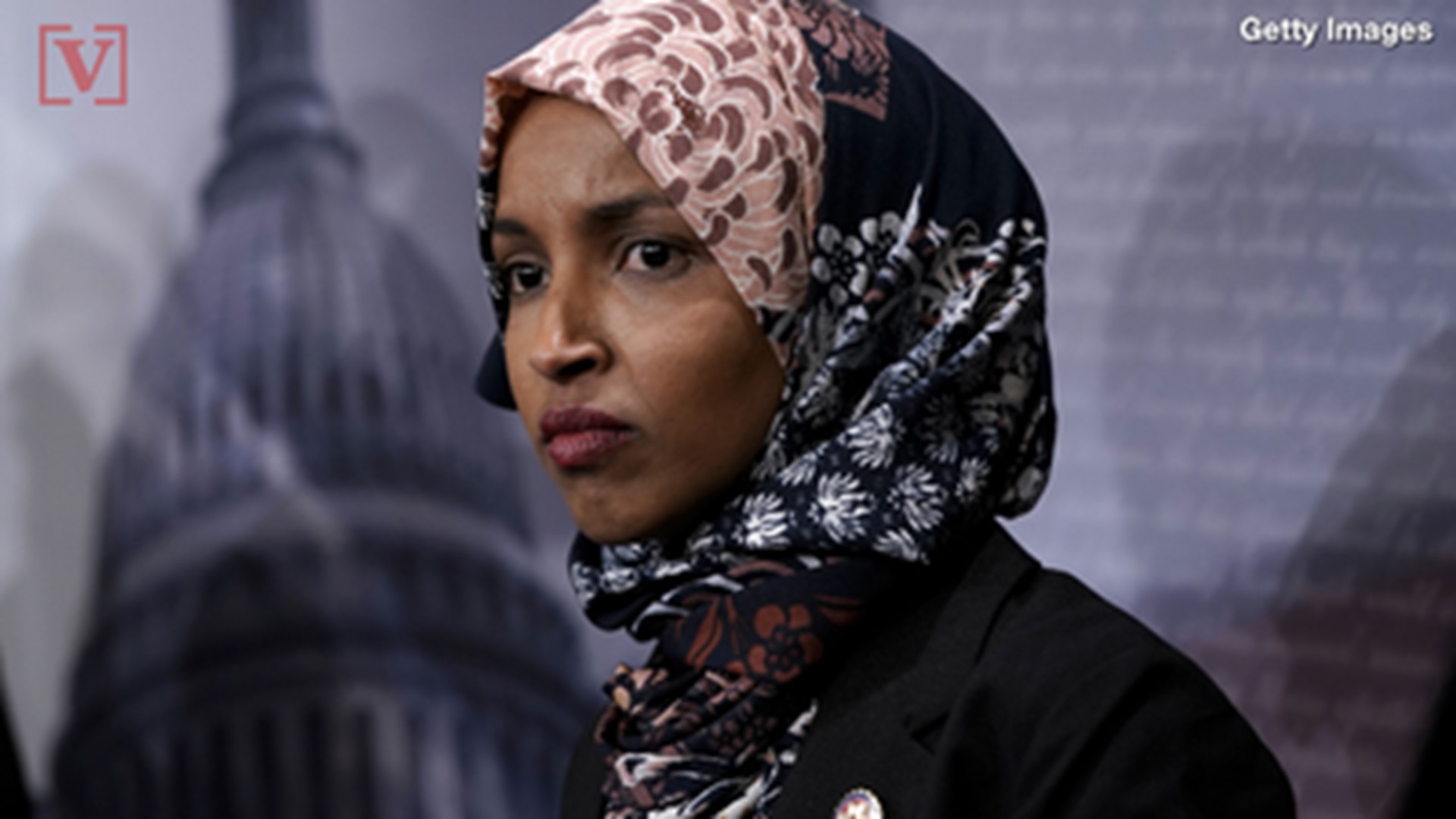 Rep. Ilhan Omar, D-Minn., one of several congressional Democrats to become a target of President Donald Trump and his supporters in recent weeks, returned to her native Africa this week. On Thursday, Omar took to social media to send back a dig at those who recently chanted "send her back" at a Trump rally.

"They said 'send her back' but Speaker @SpeakerPelosi didn’t just make arrangements to send me back, she went back with me," Omar wrote on Twitter, along with photos of her and Pelosi. "So grateful for the honor to return to Mother Africa with the @TheBlackCaucus and commemorate The Year of Return!"

Omar, House Speaker Nancy Pelosi, and other members of the delegation are there to mark Ghana's Year of the Return, observing the 400th anniversary of the first enslaved Africans shipped to America.

The "send her back" comment is about the chant by a Trump rally crowd in North Carolina July 17. It followed tweets Trump sent against Omar and three other first-term lawmakers of color, instructing them to get out of the U.S. "right now" and saying if the lawmakers "hate our country," they can "go back" to their "broken and crime-infested" countries.

Omar was born in Somalia, immigrated to the U.S. as a child and later became a citizen. The other three congresswomen Trump referred to -- Reps. Alexandria Ocasio-Cortez, Ayanna Pressley and Rashida Tlaib -- were all born in the U.S.

The chant at the July 17 rally went on for 13 seconds. Trump paused in his speech and surveyed the scene, taking in the uproar, though the next day he claimed he did not approve of the chant. He also claimed he tried to stop it. This video of the rally posted to YouTube by Fox News shows he did not.

The next day, Trump reversed course, defending the rally-goers as "patriots" while again questioning the loyalty of four Democratic lawmakers of color.

At a rally Thursday night in Cincinnati, Trump made a fleeting mention of the four congresswomen, but it did not lead to further chants.

Trump's initial tweets that set off the firestorm also suggested Pelosi could handle the travel arrangements for the four congresswomen, hence Omar's comment Thursday about Pelosi.