Vice President Mike Pence seized on the national reckoning over racial injustice while declaring 'you won’t be safe in Joe Biden’s America.' 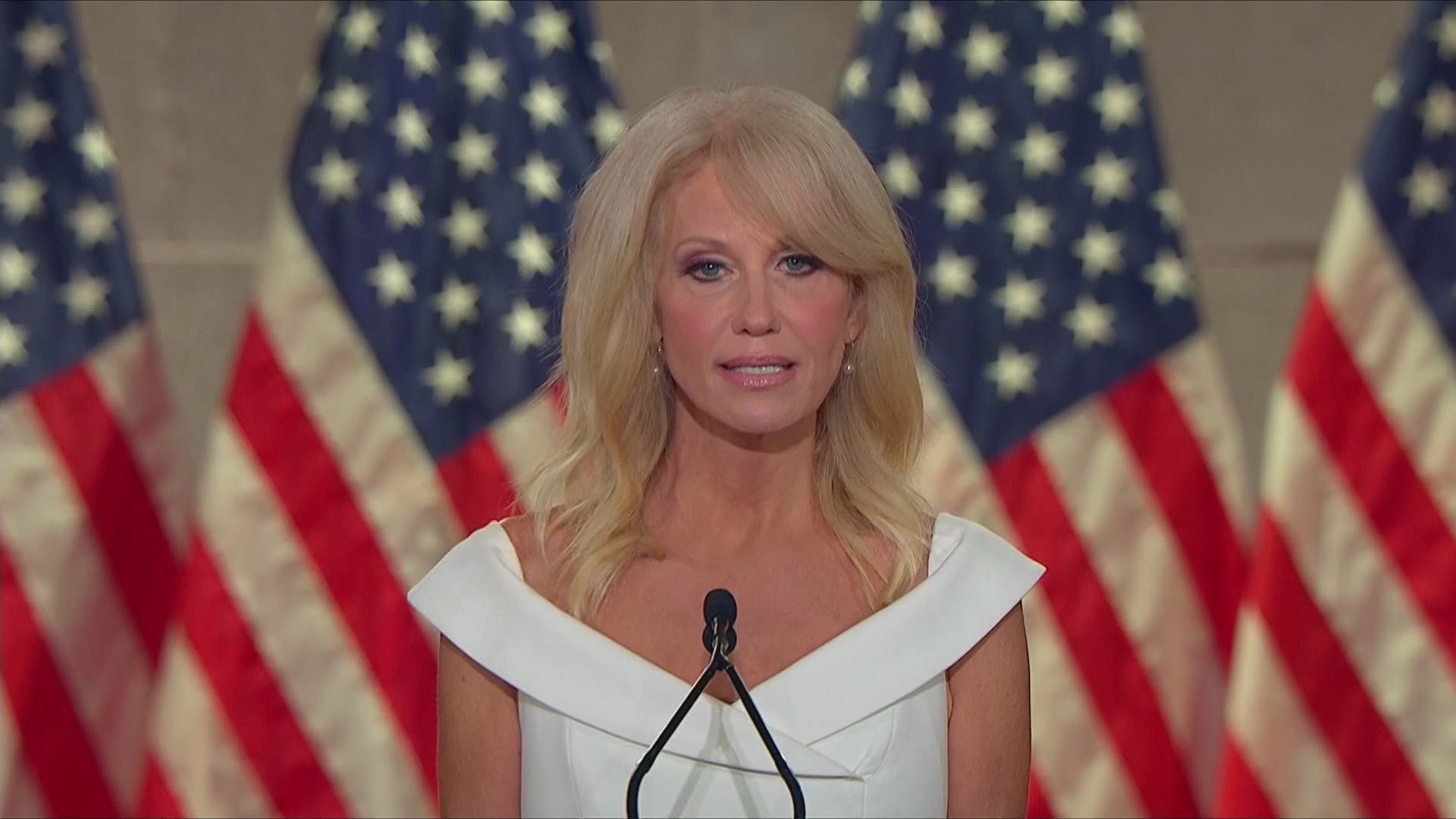 FORT McHENRY, Md.— Republicans aggressively defended law enforcement on the third night of their convention, as the nation faced renewed tensions following the police shooting of Jacob Blake, a Black man in Wisconsin, that sparked protests in a state that could decide the fall election.

Vice President Mike Pence, the evening's featured speaker, seized on the national reckoning over racial injustice to argue that Democratic leaders are allowing lawlessness to prevail in cities from coast to coast. He and others described cities wracked by violence, though protests in most locations have been largely peaceful.

“The American people know we don’t have to choose between supporting law enforcement and standing with African American neighbors to improve the quality of life in our cities and towns,” he said. He also assailed Democratic presidential nominee Joe Biden for saying there is an “implicit bias” against minorities and “systemic racism” in the U.S.

“The hard truth is ... you won’t be safe in Joe Biden’s America,” Pence said. “Let me be clear: The violence must stop – whether in Minneapolis, Portland, or Kenosha," he added. “Too many heroes have died defending our freedom to see Americans strike each other down.”

“The American people know we don’t have to choose between supporting law enforcement and standing with our African American neighbors to improve the quality of their lives, education, jobs and safety.”

But Pence never mentioned Blake, George Floyd, Breonna Taylor or other Black people who have been killed by police this year.

Meanwhile, the steady image Republicans were aiming to portray of President Donald Trump at the convention was running into a turbulent outside reality: the police shooting of Blake, 29, in Kenosha, Wisconsin, the potentially catastrophic hurricane bearing down on the Gulf Coast, wildfires that have ravaged huge areas of California and the still-raging coronavirus pandemic that is killing more than 1,000 Americans a day.

The historic convergence of health, economic, environmental and social emergencies is only increasing the pressure on Trump, as he looks to reshape the contours of his lagging campaign against former Vice President Biden with Election Day just 10 weeks off and early voting beginning much sooner.

Pence, the chair of the White House coronavirus task force, did defend the administration's handling of the pandemic, a political liability that was otherwise largely absent from the convention program.

The program Wednesday night was — as the president often says of Biden — low energy, with no major headline speaker beside the vice president and few boldface names. And it lacked some of the production elements that had made previous nights memorable, including slickly produced videos and surprise announcements, such as an unexpected presidential pardon and a citizenship ceremony.

Not that the proceedings lacked tough talk.

“From Seattle and Portland to Washington and New York, Democrat-run cities across this country are being overrun by violent mobs,” contended South Dakota Gov Kristi Noem. “People that can afford to flee have fled. But the people that can’t — good, hard-working Americans —are left to fend for themselves.”

Pence opened his remarks with a word of warning to those in the path of Hurricane Laura, which was forecast to make landfall overnight on the Gulf Coast at the Louisiana-Texas border. Despite the expected devastation, campaign officials insisted Trump would still deliver his acceptance address Thursday evening as planned.

“This is a serious storm,” Pence said. “And we urge all those in the affected areas to heed state and local authorities. Stay safe, and know that we’ll be with you every step of the way to support, rescue, respond, and recover in the days and weeks ahead.”

Pence spoke from Baltimore’s Fort McHenry, where an 1814 battle inspired the National Anthem — which has been at the center of a cultural debate, fueled by Trump, over athletes who kneel rather than stand in protest of racial injustice.

It came hours after the NBA postponed three playoff games after the Milwaukee Bucks refused to take the court for their game following the shooting of Blake. The WNBA and Milwaukee Brewers quickly followed suit with their Wednesday games.

That was a few hours before Pence spoke from Wednesday night's lineup also included Clarence Henderson, who participated in the 1960 Greensboro, North Carolina, Woolworth lunch counter sit-ins to discuss peaceful protest and the president's record of trying to help Black Americans.

“These achievements demonstrate that Donald Trump truly cares about black lives," Henderson said. "His policies show his heart. He has done more for black Americans in four years than Joe Biden has done in 50.” 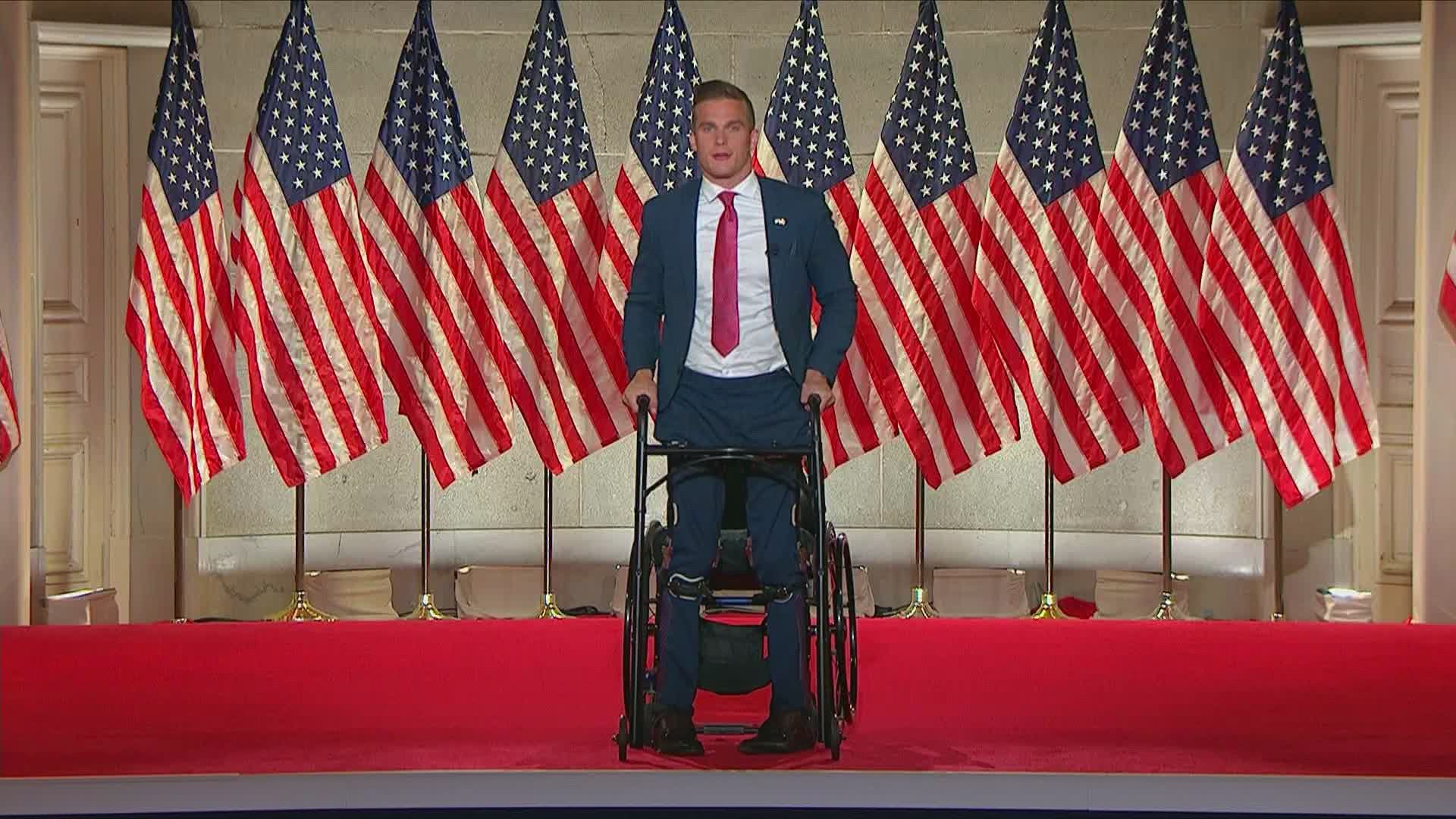 Convention speakers were also reinforcing Trump’s law-and-order message, warning that electing Biden would lead to violence in American cities spilling into the suburbs, a message with racist undertones. Trump on Wednesday tweeted about sending federal agents to Kenosha to help quell unrest, and the Justice Department said it was sending in the FBI and federal marshals.

Trump's campaign believes his aggressive response will help him with suburban women voters who may be concerned by the protests — though it may only deepen his deficit with Black voters.

The Trump campaign’s focus on law enforcement continued a weeklong emphasis on motivating his political base — rather than appealing to moderate voters.

An August Fox News poll found that registered voters were somewhat more likely to say they trusted Biden than Trump on handling issues related to policing and criminal justice, 48% to 42%, and significantly more likely to trust Biden than Trump on handling race relations, 53% to 34%. Biden’s advantage on criminal justice issues mirrored his advantage overall.

Michael McHale, the president of the National Association of Police Organizations, told the convention, “The violence and bloodshed we are seeing in these and other cities isn’t happening by chance. It’s the direct result of refusing to allow law enforcement to protect our communities. Joe Biden has turned his candidacy over to the far-left, anti-law enforcement radicals."

And Burgess Owens, a former NFL player now running for Congress in Utah, declared, “This November, we stand at a crossroads. Mobs torch our cities while popular members of Congress promote the same socialism that my father fought against in World War II.” 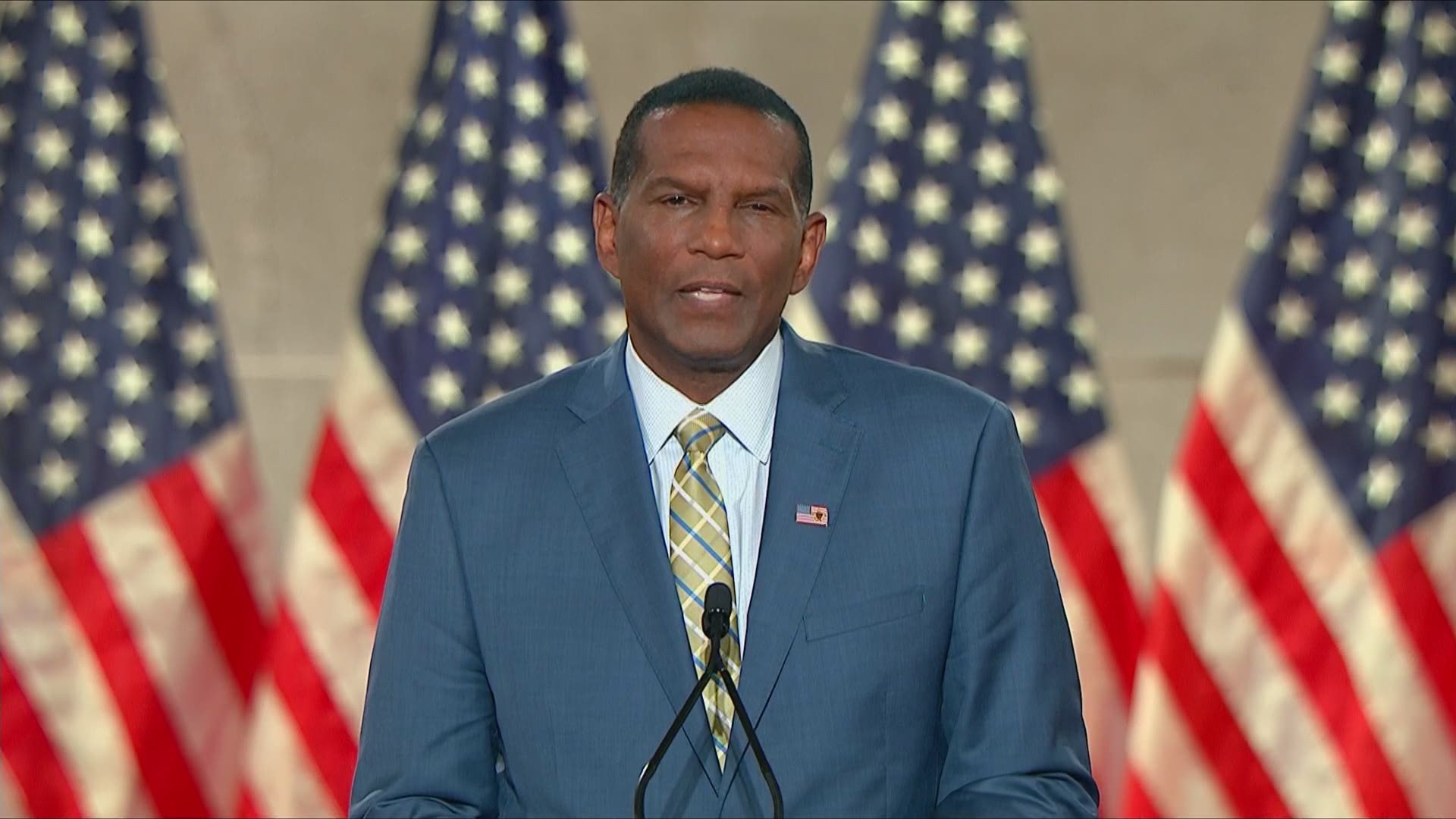