The defending world and Olympic champion could break even more records at the world championship next month. 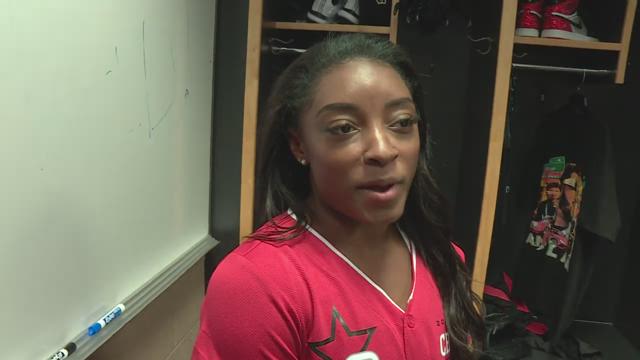 Simone Biles is heading to Germany to try to become the most decorated female gymnast in world championship history.

Biles headlines the six-woman U.S. team that will travel to Stuttgart early next month. The defending world and Olympic champion has collected 20 world championship medals during her career. She needs one more to break a tie with Russia's Svetlana Khorkina for the most by a female gymnast. Four medals would push Biles past former Belarussian star Vitaly Scherbo for the most by any gymnast.

Biles won five medals at the 2018 worlds in Doha, Qatar, including gold in the all-around as well as floor exercise and vault despite dealing with a painful kidney stone.

Kara Eaker and Grace McCallum, who won team golds with Biles last year, also are heading to Germany. They'll be joined by Jade Carey, Sunisa Lee and MyKayla Skinner, an alternate on the 2016 Olympic team and member of the 2015 world championship team that won gold.

The U.S. has until 24 hours before the start of qualifying to choose the five women competing.