The special joint formation and training took place so both squadrons could debut new fighter jets. 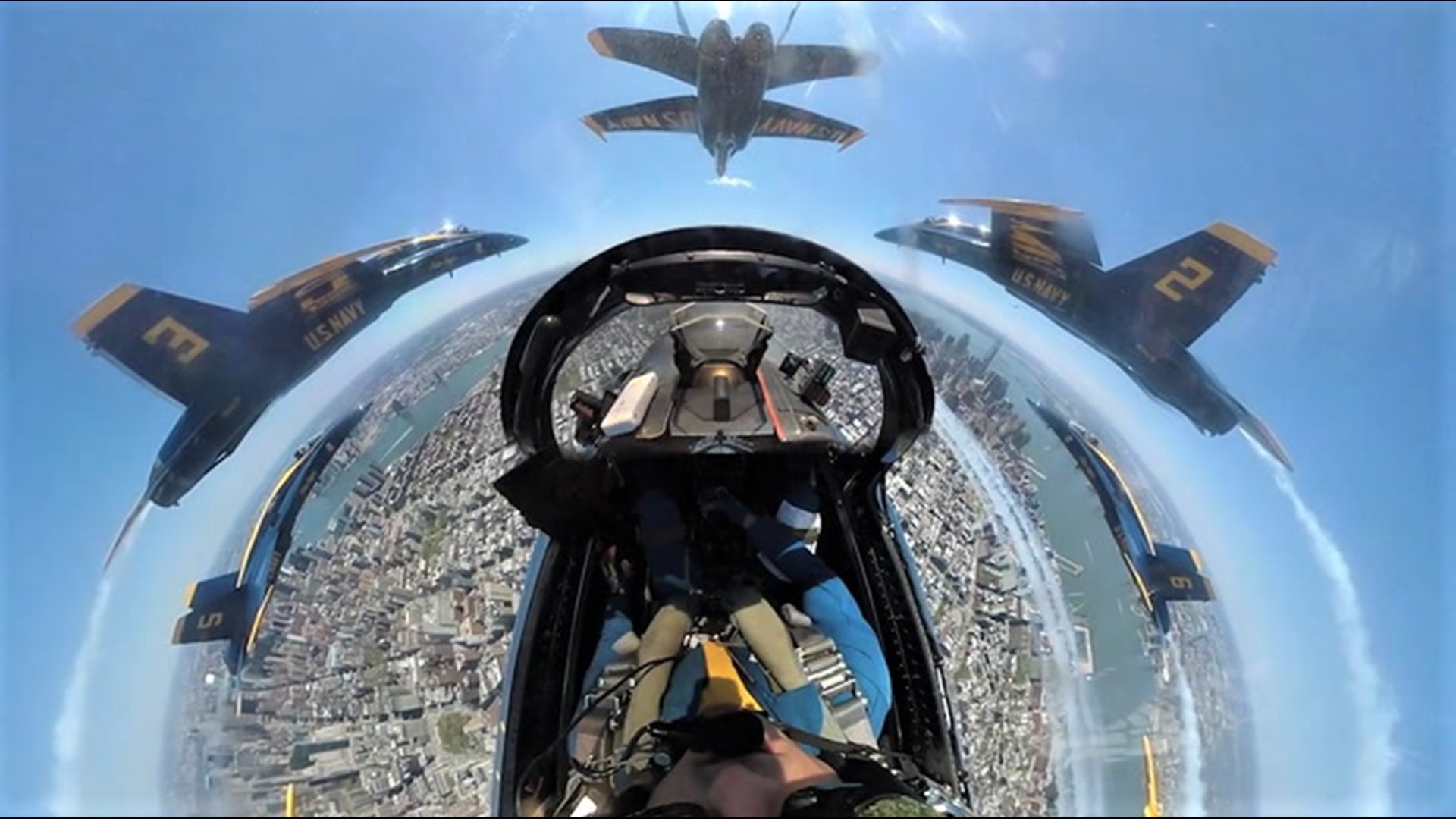 WASHINGTON — Editor's Note: The video above is from May 2020.

For the first time ever, the U.S. Air Force Thunderbirds and the Navy's Blue Angels flew in a special "Super Delta" formation on Tuesday, according to their social media accounts.

The special joint show and training took place so both squadrons could debut some new fighter jets. The rare flight happened over the Imperial Valley in Southern California.

"The formation grew out of a series of joint training opportunities held in 2020 and 2021, and serves as a symbol of the teamwork, discipline, and skill of the men and women of our United States military forces deployed around the globe," both squadrons said on Twitter.

The Thunderbirds are the demonstration squadron for the Air Force and flew in their new F-16 Fighting Falcons. While the Blue Angels, which are similar to the Thunderbird but represent the Navy, debuted their F/A-18 Super Hornet. The Blue Angels have been flying the F/A-18A-D Legacy Hornet for the past 34 years.

For the first time ever, the Thunderbirds and Blue Angels debut a F-16 Fighting Falcon and F/A-18 Super Hornet flight formation known as the “Super Delta” during a joint training evolution this afternoon over the Imperial Valley. pic.twitter.com/712Pxqct7Z

The purpose of each demonstration team is meant to showcase the U.S. military's aviation capabilities to the public to maximize recruiting efforts for both branches.

However, the two squadrons usually don't fly within 150 miles of each other, according to the Blue Angels' website, because of the current Department of Defense policy.

The debut of the new jets was a rare occasion. A "Super Delta" is formed when six Super Hornets fly in a standard delta formation while six Thunderbird jets flank them — three on each side, according to the Pensacola News Journal.

Both military branches said Memorial Day Weekend is when the public will have an opportunity to watch the formation in a virtual nation-wide broadcast. Video of the full flight will be shown during the National Memorial Day Parade "America Stands Tall."