The tweet showed a doctored version of the band's music video for 'Photograph' showing lead singer Chad Kroeger holding a photo of Biden and his son. 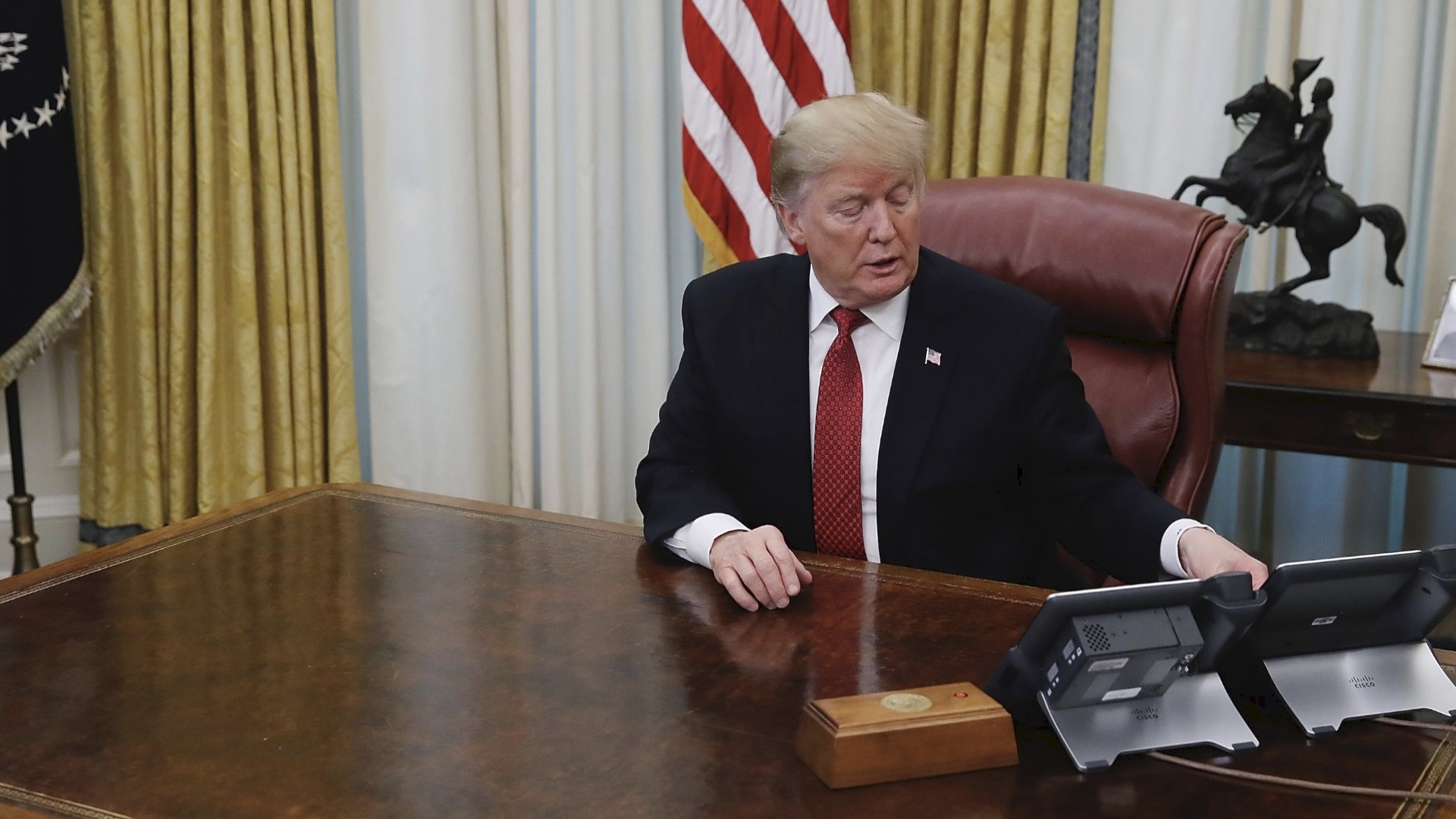 The post was removed because of a copyright complaint. It featured a doctored version of the band’s 2015 music video “Photograph,” showing singer Chad Kroeger holding a photo of Biden, his son, a Ukrainian gas executive and another man.

RELATED: ‘Are you talking to me?’ Trump’s anger on impeachment erupts

Trump’s tweet came as the president has repeatedly criticized Democrats for launching an impeachment inquiry into his telephone call with Ukraine’s president in which Trump pressed for an investigation of his Democratic rival Biden and his son.

A Twitter spokeswoman said Thursday it responded “to valid copyright complaints sent to us by a copyright owner or their authorized representatives.”