President Trump announced that he will be delivering a statement on Wednesday morning. 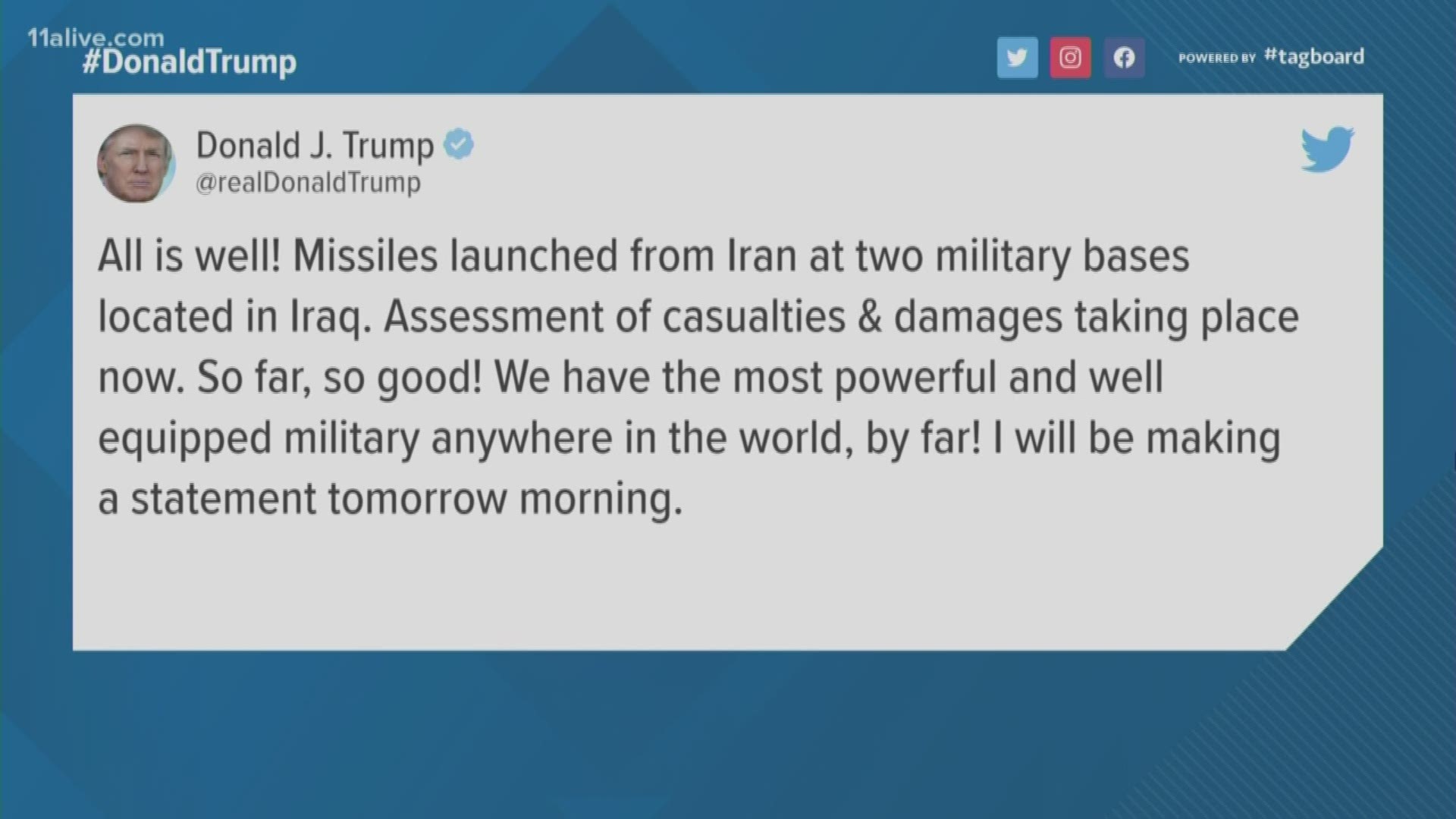 President Trump tweeted "All is well! Missiles launched from Iran at two military bases located in Iraq. Assessment of casualties & damages taking place now. So far, so good! We have the most powerful and well equipped military anywhere in the world, by far! I will be making a statement tomorrow morning."

There was no word by late Tuesday on what time the president would deliver that statement Wednesday morning, or if it would be delivered from the White House.