While bans of Trump by private companies are not a violation of his First Amendment rights, Jack Dorsey admitted 'it can feel much the same.' 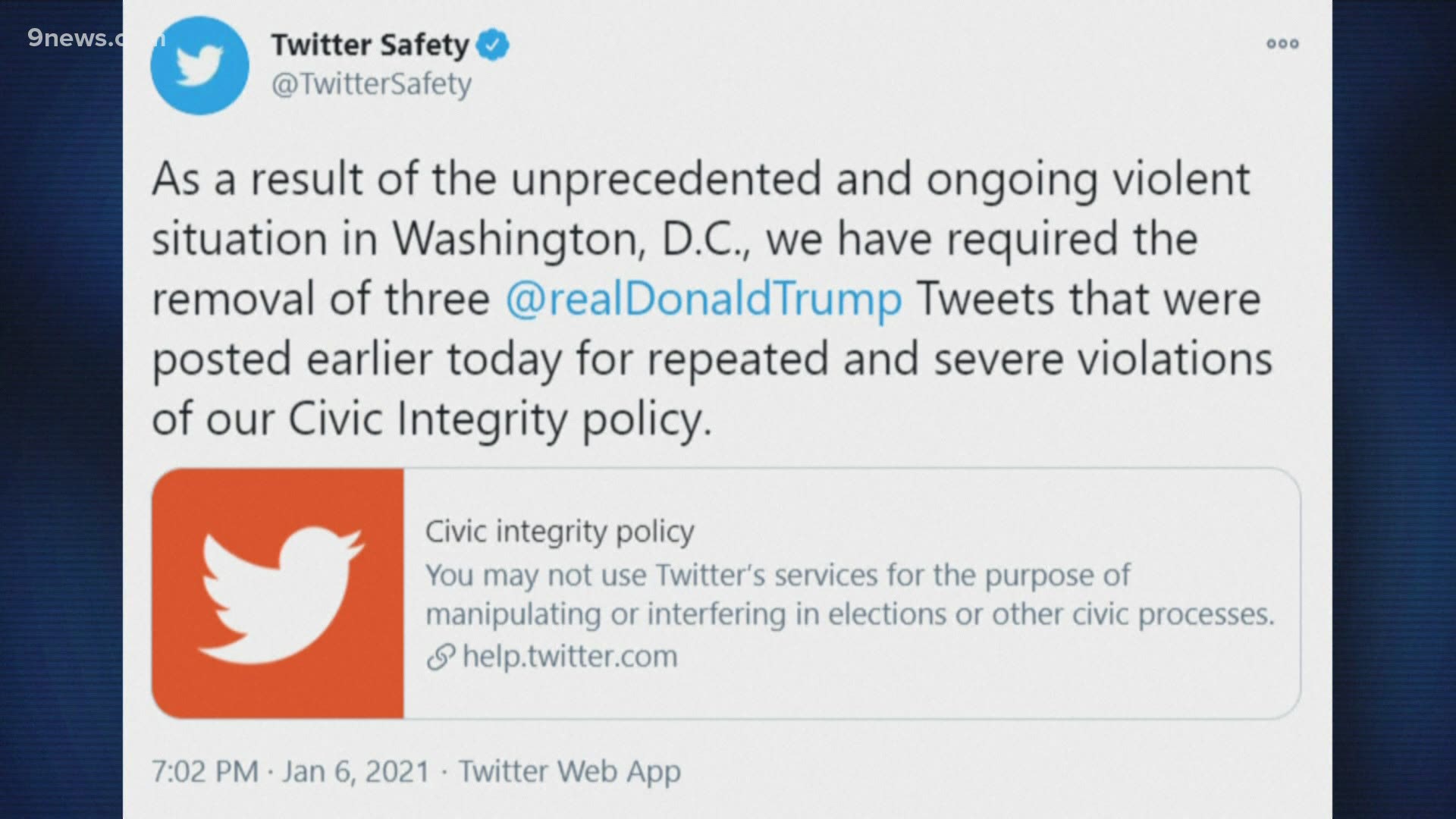 In what is believed to be his first comments on the matter since shutting down President Donald Trump's account, Twitter CEO Jack Dorsey posted a thread explaining how the decision was reached. But most of the thread was a discussion about how much power companies like Twitter should have in removing voices from the public square.

The @realDonaldTrump account was shut down Friday, with Twitter explaining posts by the president were being seen by some of his supporters as encouragement to more violence following the Jan. 6 riot at the U.S. Capitol in which five people were killed.

"I do not celebrate or feel pride in our having to ban @realDonaldTrump from Twitter, or how we got here. After a clear warning we’d take this action, we made a decision with the best information we had based on threats to physical safety both on and off Twitter," Dorsey tweeted. "Was this correct?"

Dorsey said he felt the decision was right for Twitter and noted his view has been that in a free and open marketplace, people could just choose to take their business to another social media site.

"This concept was challenged last week when a number of foundational internet tool providers also decided not to host what they found dangerous," Dorsey wrote.

After Twitter dumped Trump, Facebook and Instagram followed. Thousands of other accounts linked to the right-wing conspiracy QAnon were also shut down. Then Amazon, Apple and Google pulled away from conservative-friendly social media platform Parler. Several other websites also banned or suspended Trump.

While the moves by these private companies do not violate First Amendment rights, which guarantee the government cannot deny free speech, Dorsey said it "can feel much the same."

Dorsey noted that companies should review their policies to see where there are inconsistencies in enforcement.

I do not celebrate or feel pride in our having to ban @realDonaldTrump from Twitter, or how we got here. After a clear warning we’d take this action, we made a decision with the best information we had based on threats to physical safety both on and off Twitter. Was this correct?

"Yes, we need to look at how our service might incentivize distraction and harm. Yes, we need more transparency in our moderation operations. All this can’t erode a free and open global internet," Dorsey tweeted.

He said the company has been working on an initiative to create "open decentralized standard for social media," with the goal of Twitter becoming a client of that standard in regards to public conversation.

"It’s important that we acknowledge this is a time of great uncertainty and struggle for so many around the world," Dorsey tweeted. "Our goal in this moment is to disarm as much as we can, and ensure we are all building towards a greater common understanding, and a more peaceful existence on Earth.

"I believe the internet and global public conversation is our best and most relevant method of achieving this. I also recognize it does not feel that way today. Everything we learn in this moment will better our effort, and push us to be what we are: one humanity working together."

Trump was impeached Wednesday for his actions before and during the riot. He is the first president to be impeached twice by the House.