The crowd was roaring as the pup sprinted past her two-legged competitors during the last leg of the race. 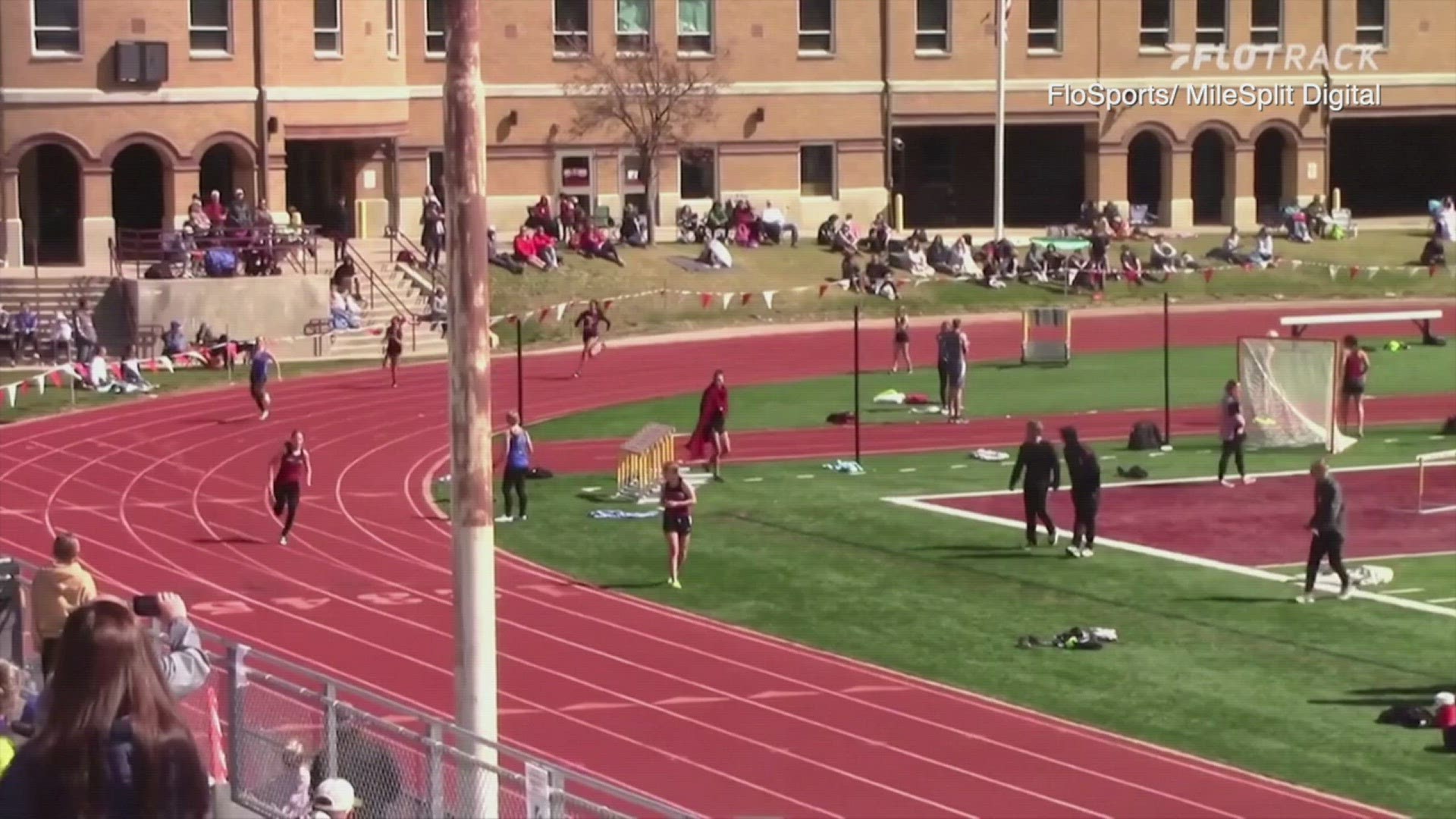 WASHINGTON — A fast and feisty pup decided she was done sitting on the sidelines during a recent high school track meet in Utah.

During the last leg of the varsity girls 4x200 meter relay at the 2021 Grizzly Invitational on April 17, Holly the dog got away from her owners and pounced right in.

Video posted online shows Holly pawing her way past the other competitors, eventually chasing down the lead runner, Gracie Laney, and passing her just before the finish line.

It wound up being a close call at the end as Holly cut in front of Laney right at the finish line.

Laney, a senior at Logan High School, told KSL TV she could hear the crowd cheering as she sprinted down the final stretch and could tell someone (or something) was getting closer to her.

Laney told KSL she eventually realized it was a dog running side-by-side as they neared the finish line. Once she figured out what was happening, she was worried she'd trip over the dog or the dog would get injured by her spikes.

Thankfully, everyone finished the race unscathed...except for a bit of embarrassment for Holly's owners, who wound up being the parents of another student competing later at the track meet.

While Holly did technically take first place, Laney's team wound up getting credit for winning the relay race.