Wildfires, smoke snuff out outdoor adventures across US

Campers, hikers, rafters and other outdoor enthusiasts have had to scrap or change trips or endure thick smoke. 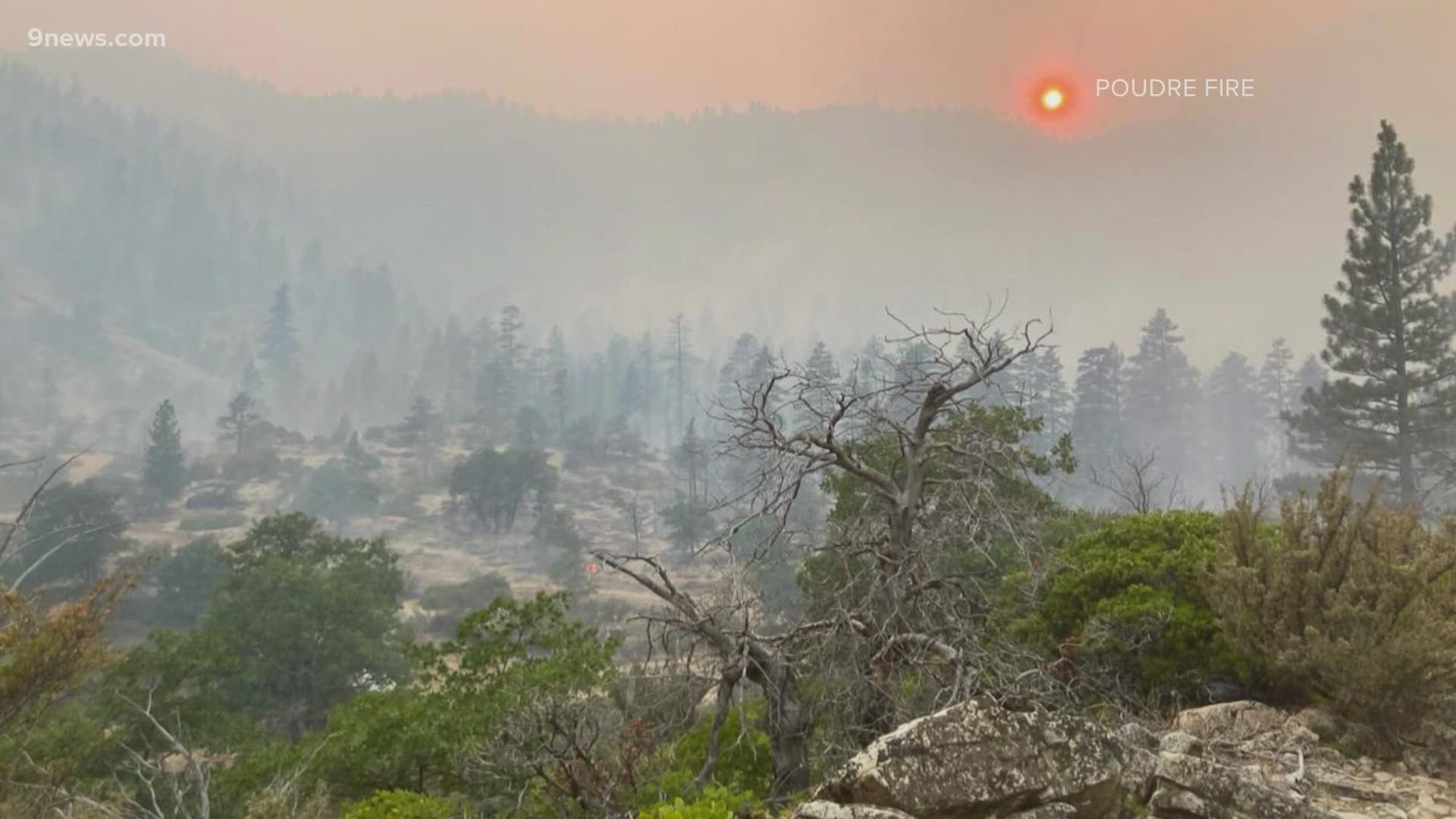 Andy Farquhar's plans for an outdoor adventure have gone up in smoke twice this summer.

The retired attorney and teacher from the Philadelphia area had planned to hike with a friend for several weeks on the Pacific Crest Trail north of Lake Tahoe until the second-largest fire in California history stampeded across the Sierra Nevada, closing a 160-mile (257-kilometer) stretch of the trail and blanketing the region in thick smoke.

"I saw a satellite view of where we were going, and all it was was fire," he said.

The two scrambled and chose a seemingly fireproof backup plan: canoeing a massive network of lakes and bogs on the Minnesota-Canada border. That plan went poof when lightning-sparked fires forced the closure of the Boundary Waters Canoe Area Wilderness.

Untold numbers of camping, fishing, hiking, horseback riding, rafting and biking adventures have been scrapped as U.S. wildfires have scorched nearly 7,900 square miles (20,460 square kilometers) this year in forests, chaparral and grasslands ravaged by drought. The vast majority are on public lands in the West that also serve as summer playgrounds.

More than 24,000 camping reservations out of 3.2 million so far this year have been canceled due to wildfires, according to data kept by Recreation.gov, which books campsites on most federal lands. That does not account for no-shows or people who left early.

All national forests are closed in California to prioritize fighting blazes, including the Caldor Fire near Lake Tahoe, a year-round outdoor paradise that attracts skiers, hikers, mountain bikers, boaters and paddleboarders.

Lassen Volcanic National Park also is closed because of the Dixie Fire, the blaze that forced Farquhar to cancel his plan to hike from the Lake Tahoe area to the Oregon border.

In June, fires closed several national forests in Arizona, derailing plans Kristin Clark made with family to camp by Lynx Lake in Prescott National Forest for her mother's 70th birthday.

She reserved the campsite in February. As the vacation neared, she watched as wildfires grew, bringing new closures. She knew her trip was over before it began.

"That is the reality in Arizona. More and more frequently, we get wildfires," Clark said. "I was bummed. My husband was bummed. We were really looking forward to a week in nature to kind of disconnect."

Intense wildfires have coincided with a sharp uptick in people trying to find serenity in the wild after being cooped up during the coronavirus pandemic. Competition for online campground and backpacking permit reservations is stiff, and they can fill up six months in advance, leaving less flexibility for spontaneous trips or easy rescheduling.

One of the toughest tickets to score in California is a pass to summit Mount Whitney, the highest peak in the contiguous United States. Hundreds who managed to win a permit and trained for the arduous hike were foiled in June when a fire broke out near the main trailhead in the Inyo National Forest.

The trail was closed 10 days, preventing up to 1,850 people from hiking, said Debra Schweizer, a forest spokeswoman.

In addition to forest and park closures that have required people to cancel or change plans, plenty of other trips have been altered by approaching fires and the omnipresent pall of smoke that has created a respiratory hazard for millions nationwide.

Kerry Ellis of Boise, Idaho, and her family didn't do anything last summer because of COVID-19. So they were excited for a July rafting trip on the Salmon River with friends.

After a daylong drive, they arrived to find the area blanketed in smoke that made it uncomfortable for Ellis, who has asthma, to breathe. The outfitter described scenarios of the fire jumping the river, embers flying and smoke making it impossible for guides to see.

"They pointed out that once you push off, you're committed for the entire six days," Ellis said. "You have no cell service. It's Idaho backcountry. With that level of wildfire and smoke, the chances of evacuation would be difficult."

The outfitter canceled the trip. It was disappointing, but Ellis said it was the right decision.

Wildfire smoke has increasingly become a fixture on the Western landscape, ranging from a strong campfire odor in its most mild form to a serious health hazard that causes coughing fits and headaches. Satellite images show plumes from fires pouring into the sky and spreading widely, even reaching the East Coast.

For many, though, smoke appears to be an irritating but tolerable inconvenience when pricey or hard-to-get plans have been made.

Even as smoke shrouded the Tahoe basin last week — before evacuations were ordered at the south end of the lake — people in masks walked the beach or pedaled bikes along the shore.

A study of 10 years of campground bookings on federal land found relatively few cancellations or departures when smoke was present. The study by Resources for the Future, an independent nonprofit research institution, suggested campers were less likely to pull out of popular destinations like Glacier National Park in Montana or Yosemite National Park in California.

"Limited visitation seasons at northern parks like Glacier, as well as competitive reservations at popular parks like Yosemite, could lead campers to brave the smoky conditions rather than forego a trip altogether," the authors said.

Those patterns could change, particularly after the past two years of severe, pervasive fires that were not accounted for in the study, said Margaret Walls, a senior fellow with Resources for the Future who co-authored the study. She thinks the potential for smoke could factor into future plans.

"In the past, maybe you just went. You didn't think about the smoke," Walls said. "You used to be able to say, it'll be all right around the Grand Canyon. Not anymore."

When the Boundary Waters in Minnesota's Superior National Forest was closed last month, Farquhar was one of hundreds of paddlers who lost out. The outfitters who rent canoes, sell supplies and help them plan their trips also were hit hard.

Typically, the parking lot of Sawbill Canoe Outfitters is full of cars in August and all its roughly 200 canoes are in the wilderness, said Clare Shirley, the third-generation owner. Despite a blue sky and no smell of smoke recently, the boats were all on their racks late last month and the parking lot was nearly empty.

"It's very, very quiet around here, which is eerie," said Shirley, who estimated she was losing tens of thousands of dollars. "We're definitely missing out on a big chunk of our peak season."

Farquhar has pivoted once again. He and his friend were fixing up a canoe last week for a trip to the Debsconeag Lakes Wilderness Area in Maine. The state's forest service designated that area with its lowest rating for fire danger.