Military officials say the dog's name is classified. So are any other details, including the breed. 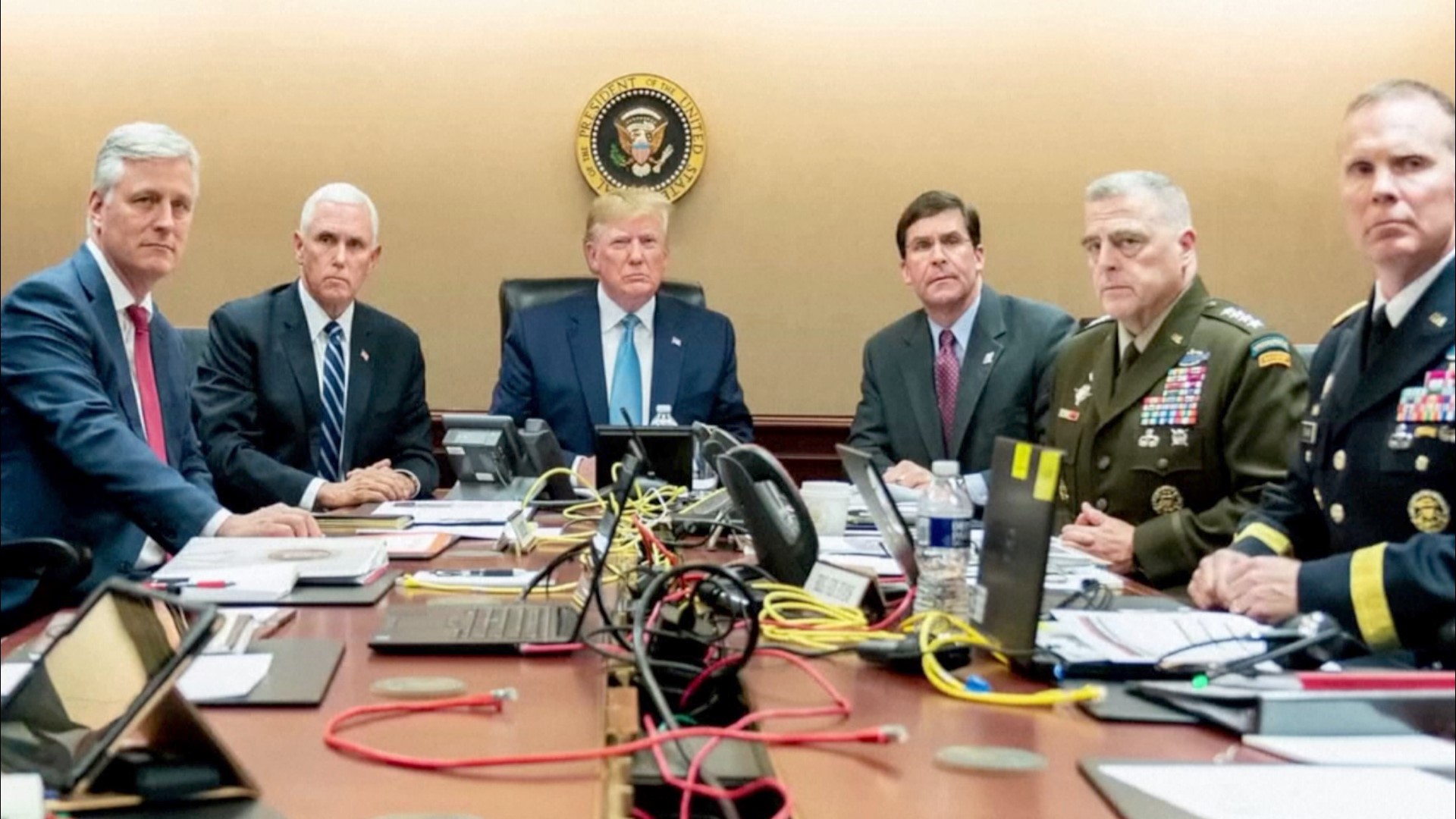 WASHINGTON — A military working dog that was wounded while tracking down the head of the Islamic State is back on duty. But don't ask the name of the K-9 fighter.

Monday Trump tweeted a photo of a Belgian Malinois that he said worked with a team of special forces in the capture of Abu Bakr al-Baghdadi in a tunnel beneath a compound in northeastern Syria.

The name and other details about the dog remain a secret.

"We have declassified a picture of the wonderful dog (name not declassified) that did such a GREAT JOB in capturing and killing the Leader of ISIS, Abu Bakr al-Baghdadi!" the president tweeted.

Gen. Mark Milley, the chairman of the joint chiefs of staff, told reporters earlier Monday that the animal "performed a tremendous service" in the Saturday night raid.

Al-Baghdadi set off an explosion that killed himself and three children and apparently wounded the dog.

Milley said the dog was "slightly wounded" but is now recovering and has returned to duty at an undisclosed location. Milley says the U.S. is "protecting the dog's identify" by keeping any information about the canine classified for now.