Write a letter, win a home: Woman giving away $1.7M house in contest

A lakeside house in Canada could be yours for $25 and a thoughtful letter. 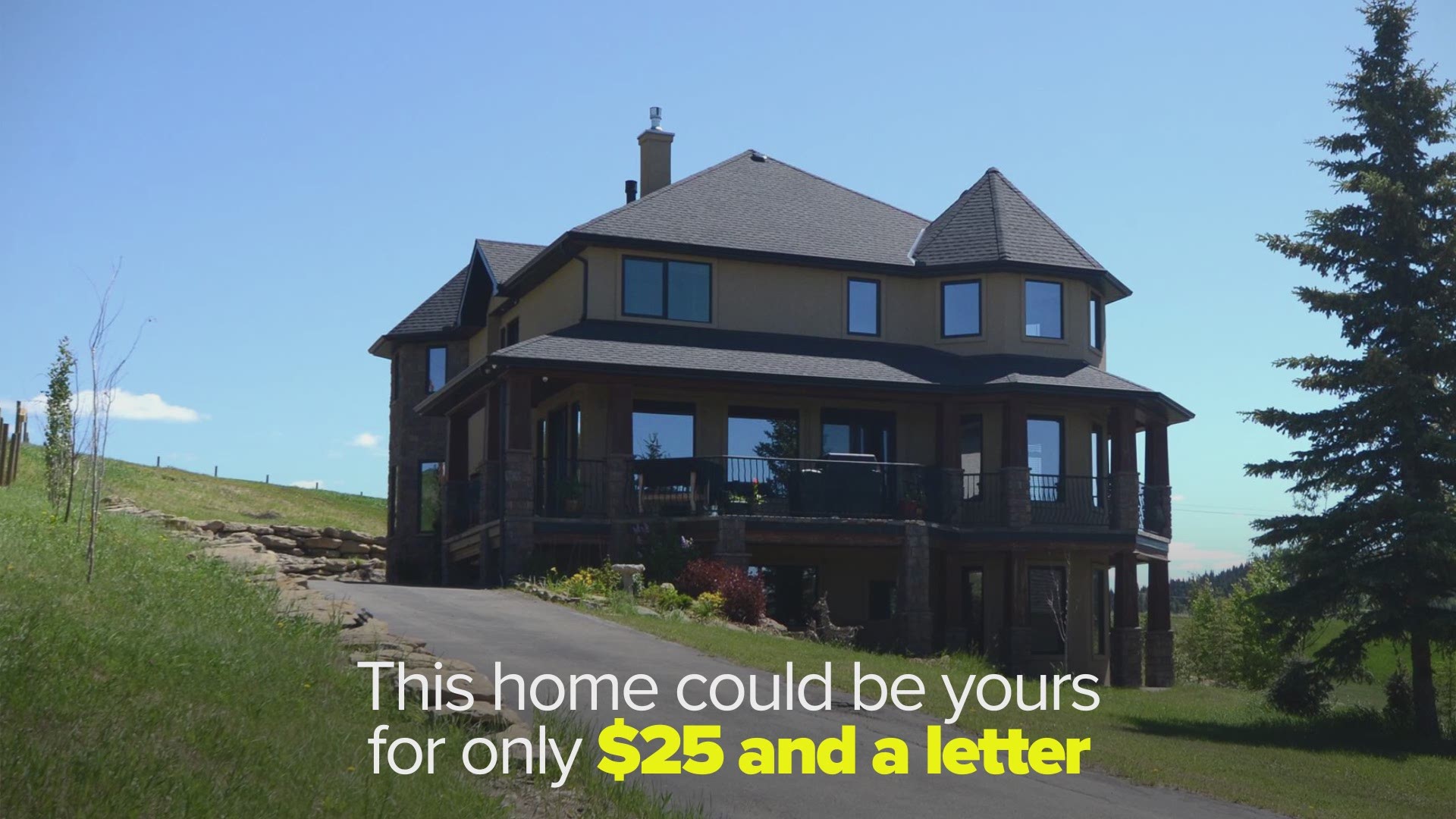 Ever dream of living in a gorgeous, $1.7 million house perched on a hill with lakeside views? This is the chance to make your dream into a reality.

Alla Wagner, a former librarian and business woman, is holding a letter-writing contest to determine the winner of her home in Alberta, Canada. The house was built in 2008.

To enter the contest, applicants must write a letter of no more than 350 words and send it to Wagner with a $25 entrance fee. From there, she’ll choose 500 finalists to be reviewed by an independent panel of judges who will determine the winner and announce the new home owner, according to the contest’s terms and conditions page.

The letter can be in the form of an essay or a few simple paragraphs, but it must tell a story about why the person should win the house.

Wagner said she got the inspiration from the 1996 film “Spitfire Grill,” where a similar contest was held for a restaurant.

“I bought [the film] on YouTube and watched it and started crying like mad because that woman just reminded me of myself,” Wagner said. “And I said, ‘I’m going to do this.’”

Before launching the contest, the former bibliographer did her homework. She called all the involved Canadian bureaus and researched examples of similar contests that had gone wrong.

Wagner’s daughter told her about a contest held in the United States in 2015, where the historic Center Lovell Inn and Restaurant in Maine chose their new owner with an essay-writing contest.

She decided to model her letter-writing contest off their essay-writing contest but changed a few of rules, like the entrance fee. The inn required $125 for 200 words, but Wagner felt that was too much.

“Twenty-five dollars opens up hope for so many people, not just a small group of people that can afford the 100 dollars,” she said. “That’s how I looked at it.”

The goal is to raise the $1.7 million needed to cover the house’s value through entrance fees. Wagner also said she will donate 5 percent of the proceeds to the Calgary Women’s Emergency Shelter.

“All the beautiful photos, I feel like I’m meeting all of Canada or people from all over the world,” she said. “It’s a full-time job now. Whenever I find a second I’m just reading.”

In a way, Wagner is sad that she’s leaving her beautiful home. She’s confined to the second floor after injuring her vertebrae in June 2018. After trying to sell her home in August with no luck, she hopes that her unfortunate circumstances can turn into a new future for someone else.

“I can’t begin to tell you how gorgeous it is here, just looking out at the window is so uplifting,” she said. “[So] they get to enjoy that, and I will get to move on.”

If the contest reaches its goal by April 5, Wagner plans to buy a piece of land by the same lake and build a little, self-sustainable bungalow with solar panels and a garden.

To read the rules and regulations of the letter-writing contest, click here.