Prime Minister Justin Trudeau said in a call that fully vaccinated U.S. citizens and permanent residents may be able to visit Canada in mid-August. 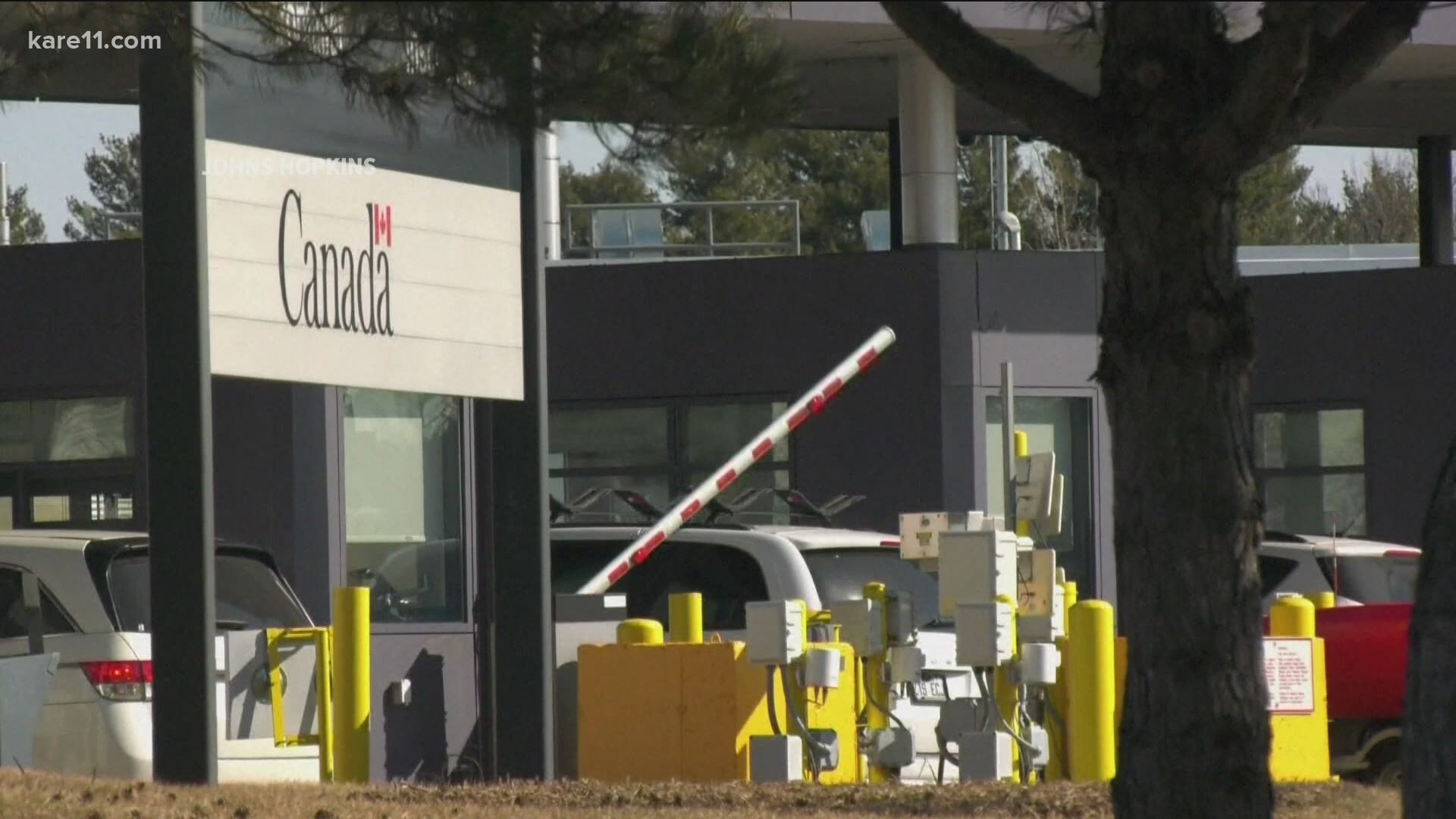 MINNEAPOLIS — After more than a year of border restrictions, our neighbors to the North are signaling they might be ready to open the gates again.

"This is just great news, fantastic news for Minnesota," Senator Amy Klobuchar said. 'I'd been advocating for quite a while for months and months to open the border, Canada is Minnesota's biggest trading partner outside of the U.S."

But perhaps more importantly, Senator Amy Klobuchar said her office has been getting calls about families that have been split up.

"We've heard heartbreaking stories of people's loved ones, relatives are sick or dying and they can't even go over there to see them," she said. "And this is just going to open up in a way people are going to appreciate."

Jake Springer certainly does, because as a Wisconsinite who worked for a Minneapolis company that started a branch in Canada, his 2020 was wilder than he had hoped.

"September of 2019 is when I moved to Toronto, and we were there for a couple of months," Springer said. "Helped open the office and hire a few new team members. March of 2020, the border closed, I was back in the states at the time. Thus started the entire summer of couch surfing bouncing from house to house and not being able to get back to Canada."

The short weekend trip he had planned to see his girlfriend and family in Minnesota turned into weeks, tp months.

He said just this last November, he was able to return, with a negative PCR test, a lot of paperwork and a mandatory quarantine to eventually move out of Canada and come home to the U.S. for good.

"It's bittersweet, but ultimately it's a good feeling," he said. "There are a lot of families that were separated between the border because of these issues."

"We've got to figure out the date it's going to open up, we've got to figure out when he says vaccinated people-- what does that mean," Senator Klobuchar said about hashing out further details prior to the reopening of the border. "We don't have official cards in the U.S., does that mean the cards we get from the doctor's or people's word for it? All those will have to be worked out."