"It was horrific and we're lucky that we didn't lose him," said Kristine Weiskopf, Jay's mother. 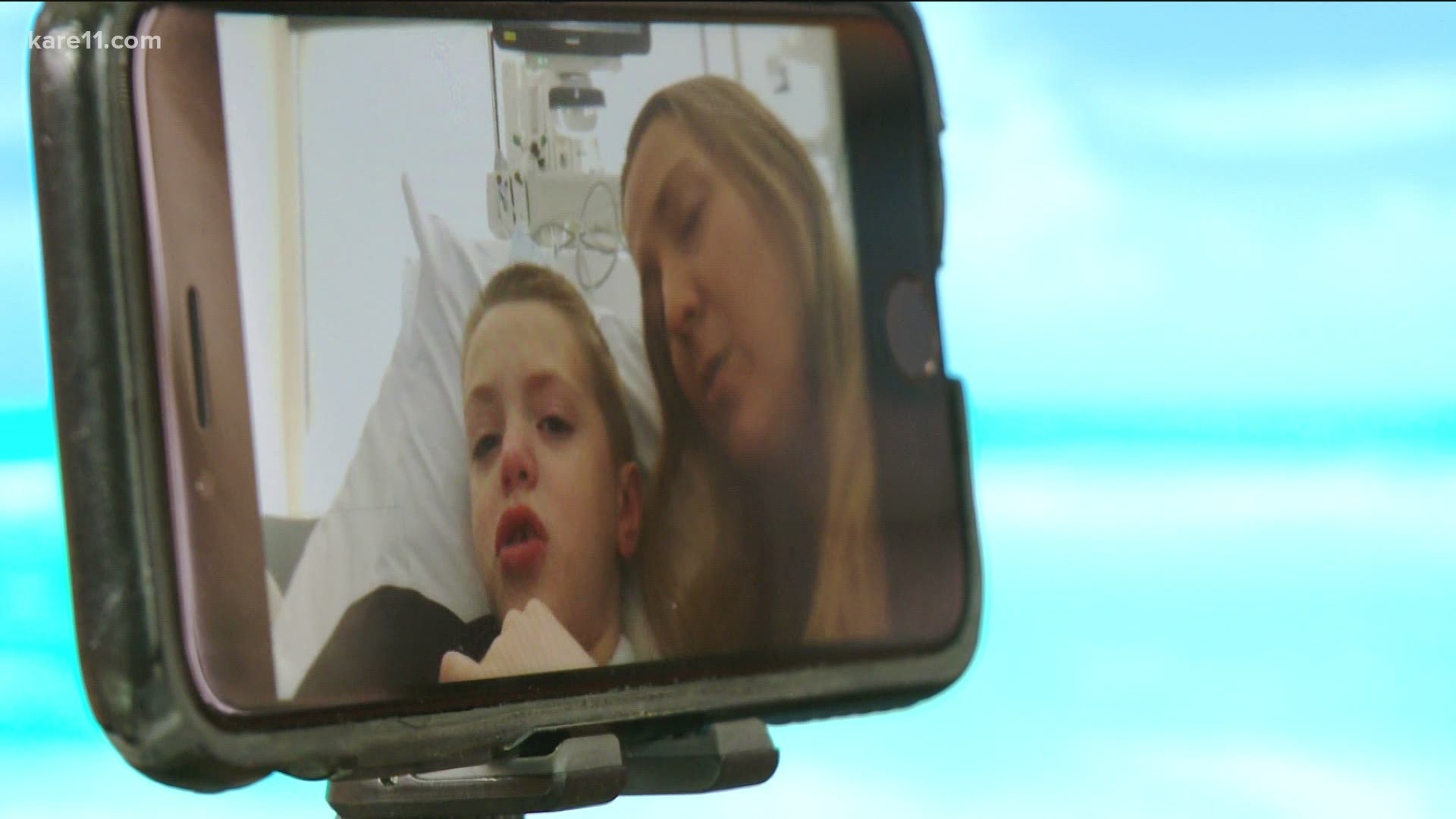 MIAMI BEACH, Florida — A 9-year-old boy from Eagan is recovering at a Florida hospital after a shark bit his shoulder while on vacation.

"It was straight out of a horror show," Kristine Weiskopf said.

Kristine, her husband Ren and their 9-year-old son, Jay, wanted a quick getaway to some place warm for a few days.

They arrived in Miami Beach on Sunday morning; because their hotel room wasn't ready, the family walked down to the beach.

Kristine recalled she was holding her son's hand as they were in water, not even two feet deep.

"He was swimming as the big wave came in and he was kind of parallel to the ground. Best I can figure is maybe the shark came in on the wave and Jay kind of ran into it a little bit," Kristine recalled. "All I know is he kind of fell forward as the wave pushed him and I pulled him up and as I pulled him up I could see on his shoulder just a large chunk missing from his shoulder. Then I saw probably about a four-foot grey shark kind of swim away."

According to Kristine, the family was only about 10 minutes into their vacation when it happened. Nurses on vacation came over and applied pressure to the wound. An ambulance took Jay to Jackson Memorial Hospital in Miami.

Kristine recalled how in the moment she was focused on keeping Jay calm. But when they arrived to the hospital, she said, "They took that bandage off, I almost hit the floor. I had to sit down."

"Shark tried to eat me," said Jay from his hospital bed on Monday afternoon.

The family is thankful for the team at Jackson Memorial Hospital that is caring for Jay. He is expected to make a full recovery but he has a long road ahead from the trauma and the risk of infection. The shark also tore muscle and tendons.

Credit: Heidi Wigdahl
Jay Weiskopf talks with his mom while in his hospital bed on Monday afternoon.

Kristine said despite the attack, the beach stayed open.

"Not the vacation we were planning. I was worried about traveling with COVID and COVID is terrible too but this is just every parent's worst nightmare and it's something you would expect to happen to somebody else, not to you," Kristine said.

The family expects Jay will be discharged from the hospital Tuesday. If everything goes well, they will fly back to Minnesota on Thursday morning.

Kristine said Miami Seaquarium wants Jay to have a more positive experience with marine life. They have invited the family for a VIP tour to visit with the dolphins, seals and penguins.

"We're from Minnesota. We don't have oceans. I never thought in two feet of water that something of this magnitude could happen because it wasn't just a scratch," Kristine said. "It was horrific and we're lucky that we didn't lose him."