The AARP calls them "Gray Divorces" and research shows they've gone up by more than 50% over the last 25 years. 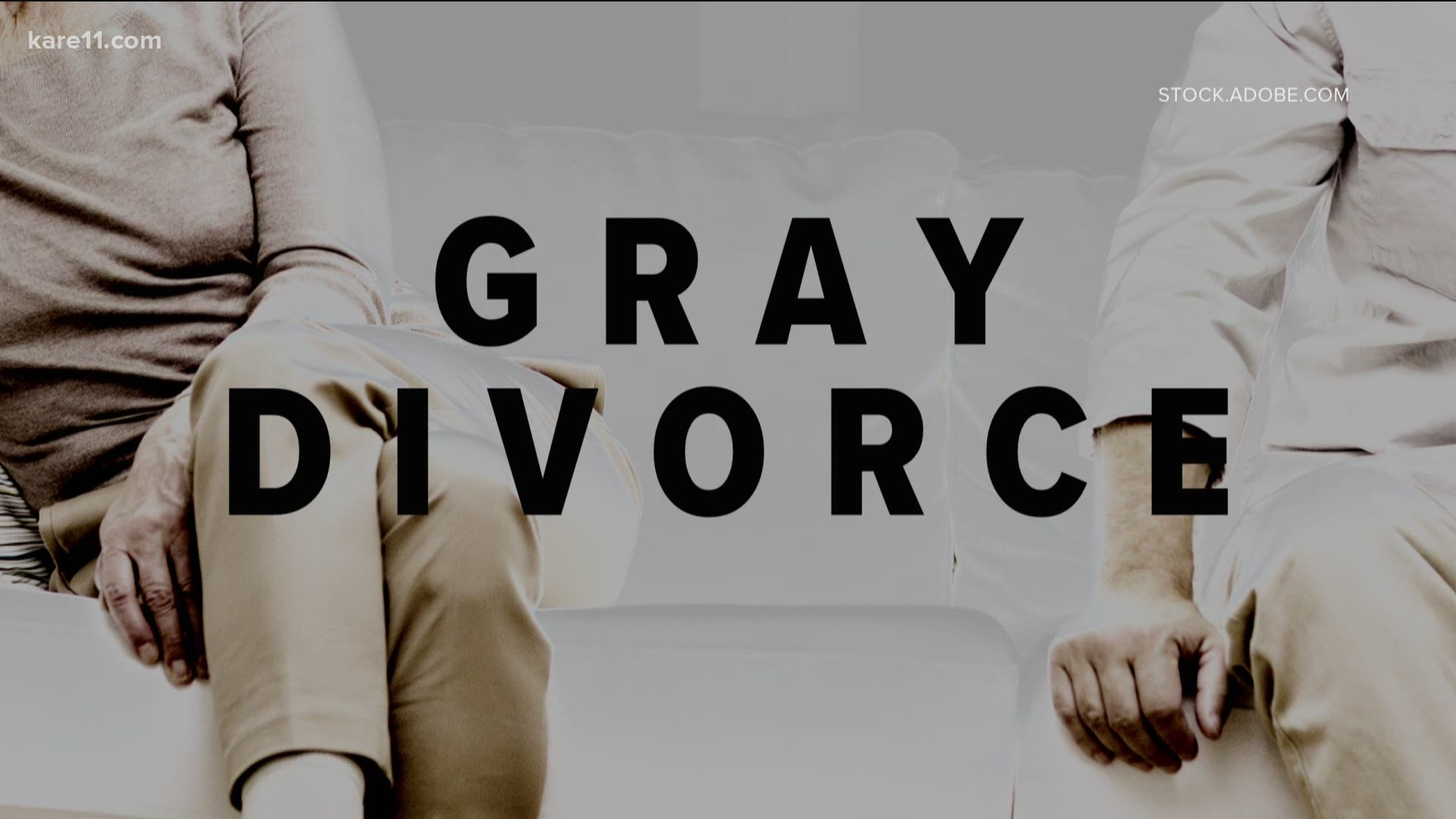 MINNEAPOLIS — Microsoft founder Bill Gates and his wife Melinda shocked the world this week, announcing that they've chosen to separate after 27 years of marriage.

Together the couple founded the Bill and Melinda Gates Foundation, where they donated billions of dollars to charitable causes around the world.

Their divorce is part of a nationwide trend in recent years, with more couples in their 50’s and 60’s deciding to call it quits.

"As far as divorce goes, we've seen a decline actually in total divorce, but that's not been in the 50 and above crowd,” family counselor Denise Kautzer says.

The AARP has even given this phenomenon a name, “Gray Divorce.”

According to the Pew Research Center, Gray Divorces have gone up by more than 50% over the last 25 years.

"People grow apart, they become dissatisfied. The children that they raised together have left the home and that was the reason they chose to stay together,” Kautzer explains.

"There was a stigma with being divorced and that just isn't the case anymore,” Kautzer says.

However, some couples are finding alternatives.

"There are some people that choose to stay married but live separately. Certainly that does happen," Kautzer says.

Kautzer says there's no wrong way to end a relationship, as long as it works, and everyone is on the same page.

But what often comes into play when separating later in life, is financial issues around retirement.

Kautzer sees this a lot in her work, because she isn't just a counselor, she's also a CPA.

Whether it's billions of dollars like Bill and Melinda Gates, or a few thousand.

"If you are thinking about divorce, is to really know what your financial situation is. What is this going to look like for you so that it’s not this huge surprise to you that all of a sudden there are all these costs that you weren’t aware of that are suddenly your responsibility.”

"You know, what is this going to look like for you, so that you know and it's not this huge surprise to you that all of a sudden there's all these costs that you weren't aware of are suddenly your responsibility."

OTHER NEWS: Who gets paid first when refunds on $10,200 unemployment benefits get sent out?

OTHER NEWS: Who was the only actor to earn an Oscar nomination for their 'Star Wars' role?